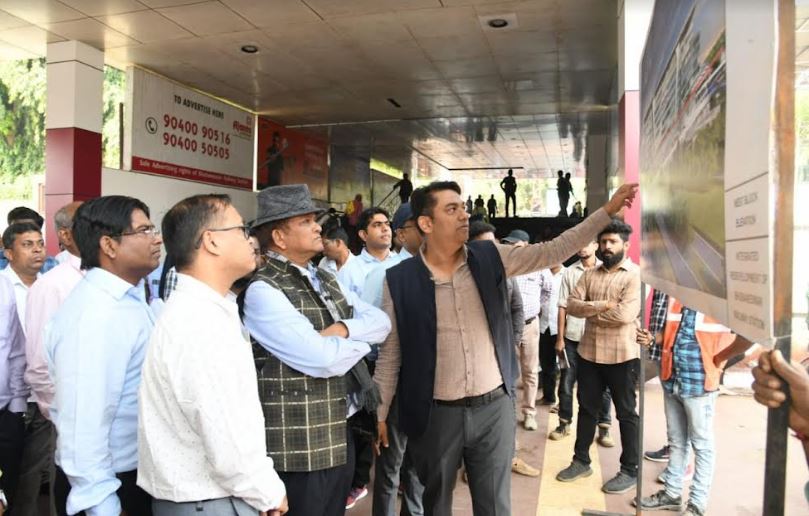 Ashwini Vaishnaw, Minister of Railways is giving special focus to Odisha and the various projects works going in Odisha has been under his constant supervision and priority. In line with the instructions of the Railway Minister, Sunkar inspected the Bhubaneswar railway station circulating area, reservation counters, various passenger amenities at the station and platform. The General Manager also reviewed the proposed new station building designs and took stock of the progress.

He also had the window trailing inspection from Bhubaneswar to Talcher via Angul and various sidings on the way and at Talcher area. During the inspection he received memorandums submitted by various public associations and assured them of speedy redressal of the grievances.

During the course of inspection, the General Manager emphasised upon the need and significance of facilities provided to the esteemed passengers. He also advised officials to focus for the speedy completion of various project works. The primary focus is on development of circulating areas, concourse, platforms, lightings, waiting rooms, toilets and elevators which are much needed for the comfort of passengers.

During the inspection, General Manager was accompanied by Rinkesh Roy, Divisional Railway Manager Khurda Road and other senior officials from headquarters and Khurda Road Division.