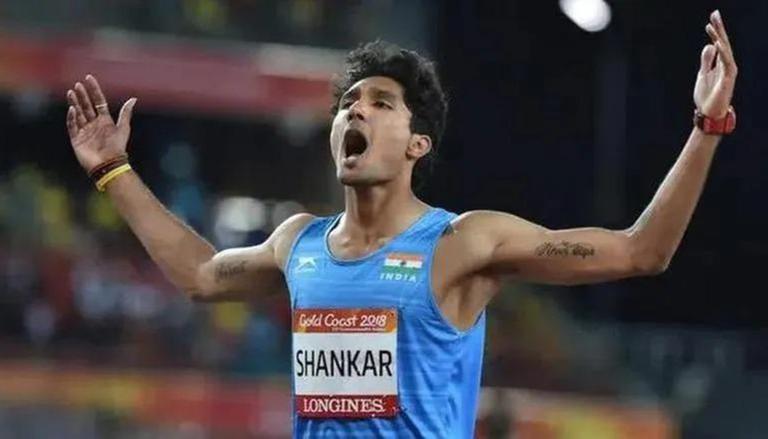 Tejaswin Shankar, who contributed to India’s medal-winning momentum with a bronze medal in high-jump, proved that the impossible is just another myth that can be uncovered when you have a clear mindset backed up with never-ending hard work and determination.

His road to Birmingham had a few obstacles blocking the way but the high jumper was determined to look at the positives and let the negativity take a backseat. He said, “Oh, yeah, 100%, I mean. It’s always hard, you know when somebody has to go through all that sort of thing. Once I had the opportunity, everything worked in my favour. Once all the stakeholders were able to figure out a way to get me to the competition, I wanted to make sure that okay, now that everything is in place, I don’t want to use that as an excuse to not perform.

“Everything happened in my favour, everything came together. Destiny, whatever you want to call it, but things happened and I was able to, put all my thoughts behind me and just focus on the task at hand and I had three, four days to recover.” Tejaswin, who will be dividing his focus on gaining work experience post his masters, along with training for the upcoming Asian Games, had a piece of advice for the budding athletes.

He said, “Education is as important as sport if not more important, and that’s something that I am a big advocate of, and I feel like using this medal, using this platform as an opportunity I want to stress and push that every athlete should get a basic education. One should focus on their education because there’s no athlete in this world who trains 24 hours a day. Everybody trains, three, four hours, five hours at max, you still have 19-20 hours left.”

He further said, “I feel like it’s really helping me and my mindset, just being able to juggle multiple things and manage them well. So that’s one thing I’d like to really spread and tell all the younger generation and all the other athletes that ‘hey, please focus on education. Please go to school. Don’t miss class, don’t bunk school.” Tejaswin found a family away from home when he united with his fellow athletes who helped him with words of encouragement that boosted his morale.

He said, “Coming from a village, everybody had one goal, which was to try and win medals for India; and everybody had forgotten everything or everybody had kept everything behind and that really encouraged me. And that’s what we are here for right? Whatever we do at home stays at home, but when we come abroad, we want to be together as a family and win medals for our country. That’s what everybody did, which really made me happy and made my experience all the more exciting.” The bronze medallist also found solace when the crowd pumped up the atmosphere before his jumps which helped him focus to bring a medal back home.

He concluded on a delightful note by mentioning how his grandmother watching him on television early in the morning was the key highlight of his successful Commonwealth games campaign, he said, “It was a great atmosphere in our house and for my grandmother, she’s 85 years old, for her to watch me on television, was the highlight. She was saying that she couldn’t care less about me being in English or Hindi newspapers or TV channels, but when she saw me in the Tamil newspaper, that’s when I realised that ‘okay, that’s the biggest achievement of my life.’ Because that’s all she can read. So, for that to happen, I think she was extremely happy that I was featured on a Tamil channel and that’s what mattered to her. And these were the talks that happened and we were having a good time. I showed them the medal and they were extremely happy.”