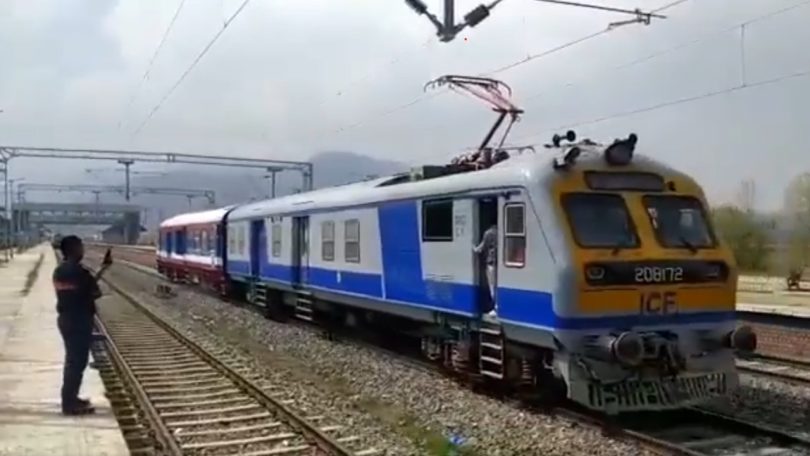 Electrification of railways in Kashmir major achievement in 2022: Official 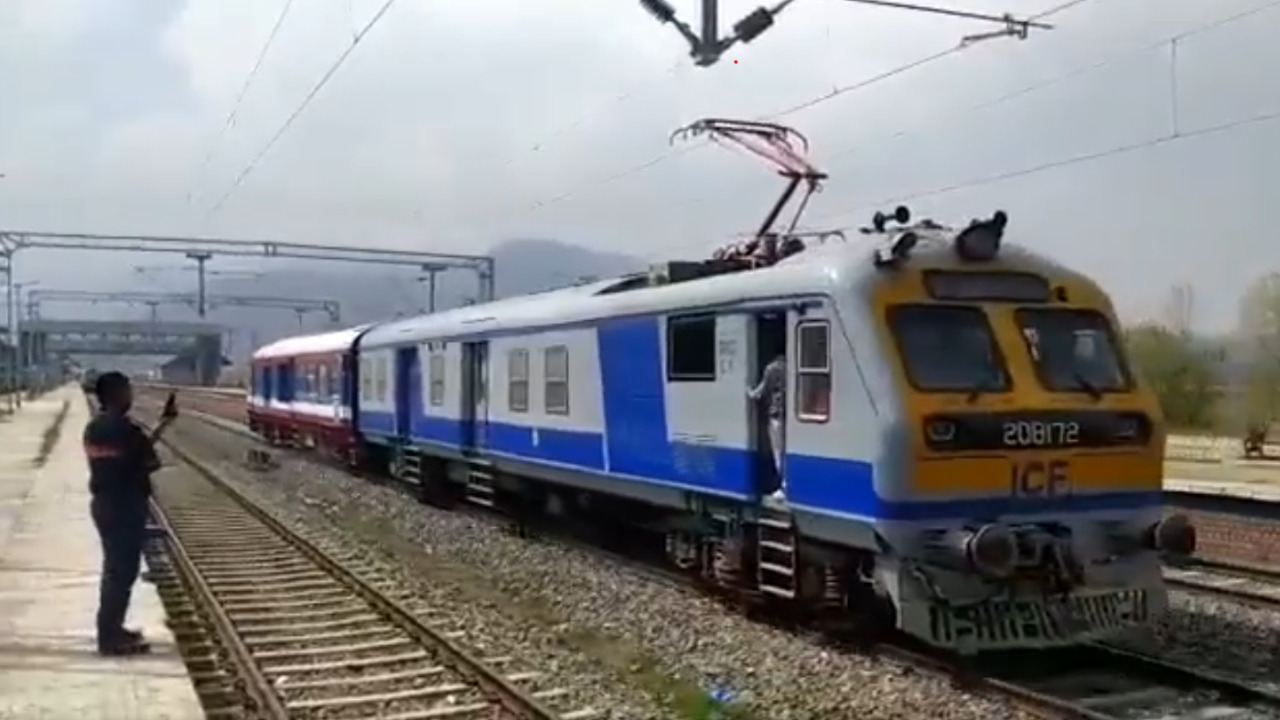 Srinagar, Dec 28: The electrification of the 137-kilometer-long Baramulla-Banihal railway section was a major achievement of the year 2022 in Kashmir, officials on Wednesday said.
Chief Area Manager (CAM) Kashmir, Saqib Yousuf Yatoo (IRTS) told Rising Kashmir that Rs 324 crore project of electrification of railways was the major achievement in the year 2022 and it is ready for commercial operations.
“The total route length for electrification is 137.73 kilometers with three main sub-stations of Qazigund, Budgam, and Baramulla from where power will be supplied to the overhead equipment of the rail line,” he said.
Sakib said the valley will get connected with the rest of India by train as all the bottlenecks at the railway tracks would be removed by the end of the year 2023.
“Railways recently completed a major portion of work on the longest rail tunnel in the country in the Ramban sector of the Jammu region,” he said.
The work on the 12.75 km long tunnel on Udhampur-Baramulla-Srinagar Rail (UBSR) Link has been completed. It has been named T49, and hopefully, the rest of the work will be completed soon,” CAM Sakib said.
A senior official at north railways told Rising Kashmir that Udhampur-Srinagar-Baramulla Railway LinkProject (USBRL)- is a national project aimed at providing all-weather rail connectivity to Kashmir and providing an alternative and reliable transportation system to Kashmir.
The project comprises 38 tunnels (combined length of 119 Km), one of the 12.75 Km—the country’s longest transportation tunnel. The project also involves the construction of 927 bridges (a combined length of 13 Km).
Some of the bridges include the iconic Chenab Bridge, the tallest railway bridge in the world. Indian Railway’s first cable-stayed bridge is also being constructed on Anji Khad in the Katra-Banihal section of this project.
“The project is estimated to cost more than Rs. 37,000 crores. The project has been divided into four legs, including the 25 Km Udhampur-Katra section of the project which has been completed. This section was commissioned in July 2014,” the official said.
The 111 Km long Katra-Banihal section is the second leg of the project which is in progress. The 18 Km Banihal-Qazigund section is the third leg of this project. Work on this section was commissioned in 2013 and it has been completed.
He said the fourth and final leg of this project is the Qazigund-Baramulla section, which is 118 Km. The work on this section has been completed and it was commissioned in three phases, with the last phase of work commissioned in October 2009.
The official said the 111 km long Katra-Banihal section of the USBRL has some of the world’s highest bridges and other major tunnels en route.
“Construction on this stretch is also the most challenging job for any agency as this is a hilly stretch, he said.
In August 2022, Chenab Rail Bridge was completed. It is the world’s highest railway bridge at 359m in height from the river bed. The total length of 1315m and consists of 17 spans with the longest span being an arch span of 467m which lies above the Chenab River valley.
The Bridge is designed with special consideration to wind and seismic forces such that it can withstand winds up to 266 Kmph and earthquakes of zone V. The bridge is also designed for blast load in consultation with DRDO for the first time in India.
Another interesting fact about the bridge is that approximately 584 Km of welding has been done to join the different parts of the structure, which is to the tune of the distance between Jammu Tawi to New Delhi.
The height of the cable crane’s pylon at the Srinagar end is 127m, which is much taller than the Qutub Minar of 72m.
“Erection of arch, steel piers, and trestle piers in the valley portion is done using one of the world’s longest spanning cable cranes (915m) with a maximum lifting capacity of 37MT.
Launching of the bridge deck was completed on August 13, 2022, and was termed as ‘Golden Joint’,” the railway official said.
The official said Udhampur-Srinagar-Baramulla rail project is highly essential to provide an alternative and reliable transportation system to Jammu and Kashmir to join Kashmir Valley to the Indian Railways network, the officials said.
He said in view of the importance of this project in providing seamless and hassle-free connectivity in Jammu and Kashmir, the project was declared a national project in 2002.
Major Breakthroughs in 2022
India’s longest escape tunnel, which is 12.89 km long and constructed on the 111 km under-construction Banihal-Katra railway line has been completed.
It is the fourth tunnel on the Banihal-Katra route following the 12.75 km tunnel T-49, the longest tunnel of the Indian Railways, which was completed in January this year. It is the longest transportation tunnel in the country.
On December 15, 2022, a major milestone was achieved by executing the breakthrough of Escape Tunnel T-49 between Sumber and Khari Stations on the Katra –Banihal section of the USBRL project. The length of the escape tunnel is 12.895 km.
In 2022 also, railways achieved a breakthrough in the escape tunnel T-13 between Dugga and Sawalkote station.
On July 26, 2022, Railways achieved a major breakthrough by completing 9.788 kilometers of the T-48 of escape tunnel which is the second-longest tunnel in the Udhampur Srinagar Baramulla Rail Link National Project (USBRL) project.
It will connect Sumber Station with the Sangaldan station of the USBRL Project. Tunnel T-48 is a twin tube tunnel comprising the main tunnel (10.186 Kms ) and an escape Tunnel (9.788 Kms.).
As per the official, during the construction, several challenges were faced including shear zone, perched aquifer, highly jointed rock mass, rock problems of squeezing, and high ingress of water was successfully overcome by the engineers. Locals were employed during construction for various works, he said.