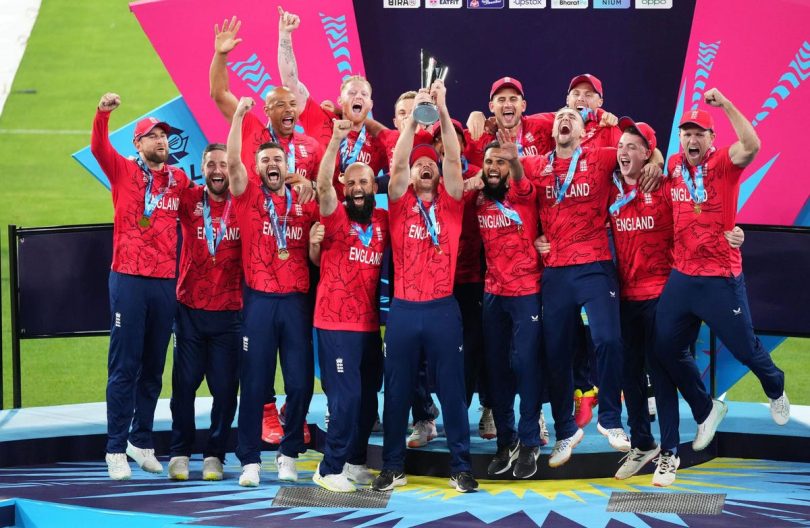 After arriving in Perth in early October, captain Jos Buttler should have felt the pressure ahead of the T20 World Cup. The signs were all there for a tough campaign ahead. He was on the mend from a nagging injury, there were other fitness concerns for England to key players and this once intimidating line-up had been up and down for some time to lose some aura.

Buttler, a relatively new captain, insisted that England were underdogs amid a transition of leadership. Softly spoken, Buttler doesn’t give much away although he is calculated and knows where to prick at the right spots. While playing down his team’s chances, he did on several occasions label hosts and defending champions Australia as the favorites.

While there were obvious mind games at play, it’s far fetched to state that England were rank underdogs. They were clearly one of the favorites although their expectations had tempered from 12 months earlier and they were rated behind fellow powers Australia and India.

But Buttler’s ploy was instructive. He had released the pressure valve on his team, but there was a quiet confidence and unmistakable calmness about him. It trickled down to his team with England peaking at the right time after a wobbly start where they were derailed by Melbourne’s rain in a loss to Ireland and washout against Australia.

Precariously placed, England found themselves essentially in a knockout against Sri Lanka to qualify for the semis. They got over the line, albeit nervousness, then produced a 10-wicket victory for the ages to defeat India before once again finding composure in a tricky run chase against Pakistan in the final.

But it was a triumph well deserved for England who have been a trendsetter in limited-overs cricket since their nadir at the 2015 World Cup in Australia, where they suffered an early exit after an embarrassing loss to Bangladesh.

For decades a conservative England had been a laborious limited-overs team, who had rarely threatened at major tournaments bar claiming the 2010 T20 World Cup when the format was still not really taken seriously across the board.

But England hierarchy’s decision to prioritise World Cup success, controversial in a country which still puts Test cricket on a pedestal, has paid off. Traditionalists might bemoan England’s Ashes struggles, but two World Cup triumphs in the last three years is vindication and they are the first country to hold the ODI and T20 titles simultaneously.

England have cemented their status as an all-time great limited-overs team alongside the West Indies 1975-79 and Australia 1999-2007. Their aggressive approach re-wrote the book on the formats culminating in their utter beat down of a stodgy India, whose cautiousness appeared out of a bygone era in comparison.

To be successful in T20 cricket, as England and Pakistan have proven, fearless and brave cricket is a necessity in this more brutal age of power-hitting. But teams also need a bucket load of composure, which Buttler provided in his leadership and so too Ben Stokes who played a match-winning innings under pressure to navigate England through the tricky chase.

He started slowly but the star of England’s triumph during the famous 2019 World Cup final hit the boundaries he needed right at the key moments to prove his nerves of steel.

Before the tournament, Stokes hadn’t played T20I for 18 months but Buttler and England’s hierarchy backed his ability to bend a match. They wanted to use him up the order to maxmize his big-hitting prowess but Stokes mostly struggled until a measured 52 off 49 guided England to a famous triumph at the MCG in front of 80,000 fans.

Stokes, England’s Test captain, proved he’s the heart and soul of the team who thrives on the big stage when the pressure is in overdrive. He’s an all-round beast, who also became a useful opening bowler due to his ability to swing the bowl in conditions generally favorable for bowlers throughout the tournament.

And England have found another all-round stud with Sam Curran starring throughout the tournament with his superb death bowling marked by improved pace and a canny use of slower deliveries and bouncers. He was on the fringes ahead of the T20 World Cup but has now stamped himself as one of the most valuable T20 players in the world.

England loom as a formidable limited-overs team for years to come and the triumph in Australia will be especially sweet in a country where they’ve experienced countless Ashes thumpings amid many dark days.

But with Melbourne’s fickle weather behaving itself, England proved they were not just the best team in the tournament but over an extended period.

It was time for Buttler, normally so collected and unruffled, to unleash an almighty roar as he lifted the T20 World Cup title afloat with England a most deserving champion.