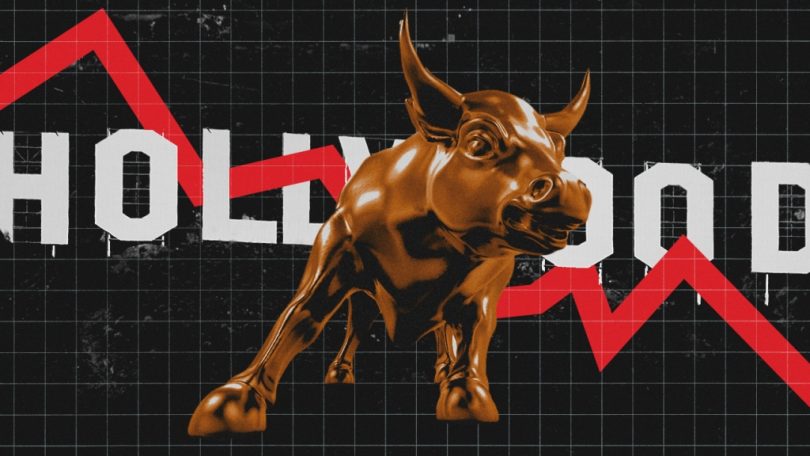 A tough first half of the year for U.S. media stocks has come to a merciless end.

Stock sell-offs and analyst downgrades have been a regular feature of the year to date for media and entertainment giants. And Netflix’s surprise first-quarter subscriber decline has only raised questions about whether broader Hollywood’s streaming pivot will pay off over time.

And nearer term — amid the industry’s unceasing structural shift to ubiquitous streaming TV platforms — inflation-induced recession fears have led to worries about a hit to advertising revenue and speculation about how many online video-on-demand subscriptions consumers will pay for at the same time.

So no surprise most Hollywood sector stocks are down at the mid-year mark, with many posting bigger drops than the 20 percent fall in the broader-based S&P 500 stock index. A rare gainer in the media space is sports entertainment powerhouse WWE, which is up 25.5 percent year-to-date.

Analysts have mentioned potential financial upside and upcoming U.S. content rights negotiations as possible legs up for the stock. And even recent news that the company was investigating chairman and CEO Vince McMahon — who stepped aside to make way for daughter Stephanie McMahon as the new CEO — and another executive for “alleged misconduct” hasn’t dented the stock too much at the midway point of 2022. Morgan Stanley analyst Benjamin Swinburne raised his WWE price target from $60 to $75 before that news “to be more in line with where we see fair value.” He kept his “equal weight” rating though, “as consensus estimates appear to be reflecting a reasonable base case assumption for the company’s late ’24 U.S. rights renewal,” while he boosted his “bull case value” to $100.

Meanwhile, Fox Corp., Paramount Global, AMC Networks, satellite radio giant SiriusXM and cinema players Cinemark and Imax are among the sector stocks to be caught in the market downdraft halfway through 2022. Shares of Fox, which many on Wall Street see as a gamble on sports betting upside, are down 11 percent (Class A) or 12 percent (Class B). And shares of AMC Networks, the Better Call Saul network that has a growing niche streaming business, are down 15.4 percent.

Elsewhere, Paramount Global, whose streaming gains have surprised some, has lost 16.5 percent in stock value this year. Shares in Imax, which looked to be insulated from stop-go box office recovery for Hollywood tentpoles by doing without costly real estate assets, are down only 6.7 percent, while stock in Cinemark is off 8 percent at the half-year stage, while SiriusXM stock outperformed the market at the half-year mark at just down 4 percent.

The steep stock plunge for Netflix — down 70 percent in value so far this year after leading key media sector share price gainers in recent years — is a wake-up call for the streaming space. Since its major first-quarter results disappointment, stock in the video streaming giant has been hit by Wall Street analysts reducing their price targets and downgrading Netflix to “sell” ratings.

For example, Benchmark analyst Matthew Harrigan cut Netflix to “sell” on June 14, explaining: “We are skeptical on any sustained Netflix stock recovery even as bulls are (or were) talking up its 14.1 times forward price/earnings off 2023 consensus estimates (15.4 times per Benchmark).” He also noted that “an issue is moderating growth,” pointing to free cash flow trends, for example.

A few days earlier, Goldman Sachs’ Eric Sheridan downgraded Netflix to “sell,” and lowered his revenue forecasts for 2022 and 2023, while slashing his price target from $265 to $186. Sheridan cited “concerns around the impact of a consumer recession, as well as heightened levels of competition on demand trends, margin expansion and levels of content spend.”

Netflix, for the Goldman Sachs analyst, is suddenly “a show-me story.” Wells Fargo analyst Steven Cahall in mid-June also described Netflix as a waning force, as he summarized: “The buyside is bearish for the second quarter on Netflix in terms of sub adds/churn.”

Hollywood conglomerates have held up better than Netflix, but Walt Disney shares are still down 38 percent so far in 2022 on fears a cut in discretionary consumer spending will see fewer people visit a theme park or the local multiplex. Warner Bros. Discovery’s stock has dropped 44 percent since its post-merger market debut in early April at $24.08, and U.S-listed shares of Sony are down 34 percent.

“Disney is a full-on bull/bear debate,” Wells Fargo’s Cahall wrote in a June 17 report. “While it may not feel like it, we spoke to numerous Disney bulls that think [theme] parks will hold in better than recession fears imply, and content will support stronger Disney+ sub growth in [the] calendar [year] second half. Bears point to the sub/profitability trade-off in streaming from here, recession risk and optics of CEO turmoil.”

Meanwhile, Cahall summed up investor views on the merged Warner Bros. Discovery this way: “Everyone agrees Warner Bros. Discovery is too cheap, and most agree they said that $5-$10 per share ago. The long term suggests upside, but the near term is clouded by estimate revision concerns and natural merging growing pains. No one wants to be in front of an investor day, and timing of such an event is TBD.”

Smaller and more focused entertainment companies haven’t managed to overcome the negative market trends so far this year either. Lionsgate’s stock is down 43 percent — with that studio’s planned spinoff of Starz this summer expected to test the worth of streaming platforms these days. And Endeavor has lost 40 percent of its value over the past six months, even though its sports, media and entertainment events business — which includes WME and mixed-martial-arts organization UFC — has returned post-pandemic.

Pay TV giants have faced their own challenges over the year to date, with Comcast’s stock down 22 percent, and Charter Communications shares down 30 percent. A key driver here have been worries about slowing broadband subscriber growth momentum. “Many investors think the cable sell-off feels largely done, but then a new negative data point hits,” Cahall argued. “Valuations are near parity with telco(s), and that doesn’t seem right to many given the structural advantages in broadband markets.”

And despite some recent box office successes, such as Top Gun: Maverick, the biggest cinema stocks are running behind their year-end 2021 closing stock prices. Memestock-powered AMC Theatres has lost 51 percent over the course of the first half of the year, while the London-listed stock of Regal owner Cineworld is down 33 percent.

Macquarie analyst Tim Nollen has suggested investors stay on the sidelines when it comes to most entertainment biggies. “We stay ‘neutral’ on media nets, with Disney and Warner Bros. Discovery our only ‘outperforms’,” he wrote in a recent report. About the latter, he said of Warner Bros. Discovery: “The newly combined company has an opportunity to create a global powerhouse in direct-to-consumer streaming.”