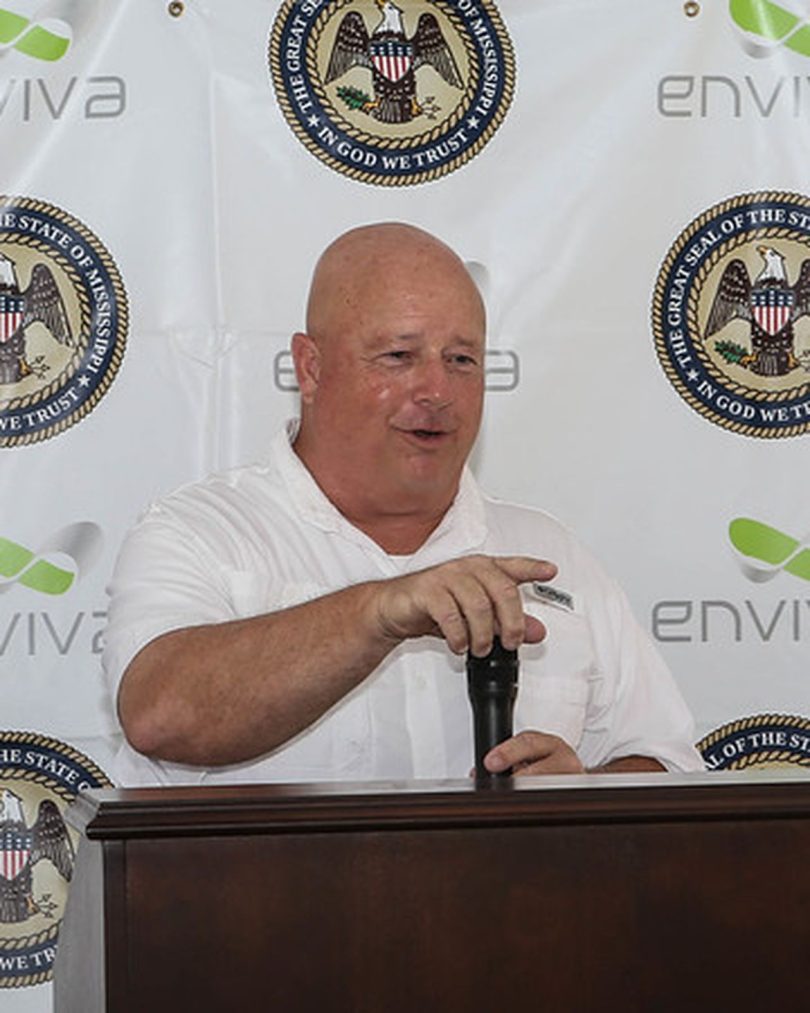 PASCAGOULA, Mississippi — Enviva Inc., the world’s largest producer of industrial wood pellets, held a ceremonial gathering Wednesday at its newly opened terminal at the Port of Pascagoula to commemorate the first shipment of sustainably sourced biomass to international power and heat producers, with a majority of the port’s future shipments slated for Japan.

Approximately 18,000 metric tons of sustainably sourced wood pellets produced at Enviva’s newest plant in Lucedale were loaded onto the UBC Sacramento at the Port of Pascagoula destined for the ports of Pointe-a-Pitre, Guadeloupe and Fort-de-France, Martinique.

Looking ahead, Enviva will continue to deliver its reliable and dispatchable bioenergy solutions to power and heat producers across Asia, Europe, and the Caribbean, as well as to customers in hard-to-abate industries such as steel, cement, lime, and sustainable aviation fuels.

“Today is a great day for Enviva, the Port of Pascagoula, and Mississippi, as this terminal marks the culmination of years’ worth of work through our strong partnerships with the Jackson County Port Authority, the Jackson County Board of Supervisors, and the State of Mississippi,” said Enviva President Thomas Meth. “Enviva has operated in Mississippi for more than a decade. Now, with this newly opened terminal, Enviva can continue to increase our presence, well-paying jobs, and our positive economic impact in the Magnolia state.”

Through collaboration with the Jackson County Port Authority, Enviva now owns and operates the deep-water marine terminal in the Bayou Casotte Harbor that serves as the shipment point for pellets manufactured throughout the Gulf region, via Enviva’s newly opened Lucedaleplant and Enviva’s forthcoming plants in Epes, Ala., and Bond, Miss.

Since 2019, Enviva has invested over $60 million to build the terminal at the Port of Pascagoula which can receive product by rail, barge, and truck as well as support Panamax-sized vessels. The facility currently has two wood pellet storage domes with 45,000 metric tons of storage capacity each.

“We are proud to partner with Enviva to continue to connect the great state of Mississippi to international markets via the Port of Pascagoula,” said Randy Bosarge, President of the Jackson County Board of Supervisors. “Today is a day to celebrate, as the port, the state, Enviva, federal, and local officials have been working for years to turn this economic opportunity for the region into a reality. We look forward to working with Enviva for many decades to come.”

“Enviva provides green-collar jobs to Jackson County and connects the Port of Pascagoula to a reliable, renewable, sustainable supply chain that powers thousands of businesses and homes around the world,” said Port Director Mark McAndrews. “We are thrilled to work with Enviva, a long-term supplier of renewable energy that steers countries away from fossil fuels toward a carbon-negative future.”