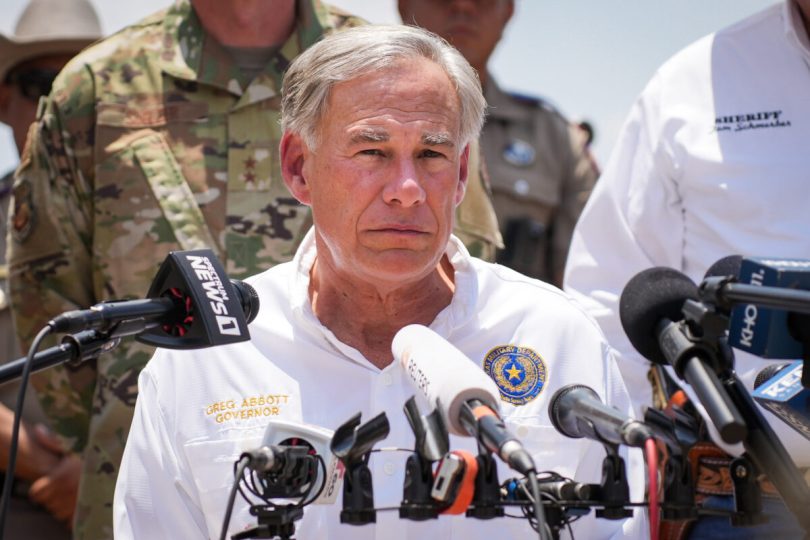 Texas Gov. Greg Abbott is pushing back against an Environmental Protection Agency (EPA) proposal that he says would cripple oil and gas production in the Permian Basin—potentially jeopardizing a quarter of the U.S. gas supply.

In a letter he sent to President Joe Biden on Monday, he said, “While you express concern about out-of-control gas prices, your Environmental Protection Agency (EPA) is threatening to increase them even further. The EPA’s process could interfere in the production of oil in Texas which could lead to skyrocketing prices at the pump by reducing production, increase the cost of that production, or do both.

“Your administration’s announced action is completely discretionary. Thus, you have the power to stop it. If you do not, this action alone might serve as a catalyst for economic harm leading to an even deeper reliance on imported foreign energy and a faster economic decline into the pending recession by forcing even more pain for American consumers to pay at the pump.”

The EPA announced it was reversing a 2017 decision by designating regions of the Permian Basin in certain New Mexico and Texas counties as nonattainment areas, meaning they don’t comply with 2015 Ozone National Ambient Air Quality Standards (NAAQS). The rule is set to go into effect in September, according to a link on the Office of Management and Budget website, which has since been taken down after The Center Square inquired about it. The EPA did not respond to a request for comment.

The Permian Basin produces roughly 5.2 million barrels of oil a day, which translates to roughly 95 million gallons of gasoline a day. Permian oil production is set to reach a record 5.3 million barrels a day in July, according to the U.S. Energy Information Administration.

“Permian producers are breaking production records to meet rising demand,” Ed Longanecker, president of the Texas Independent Producers & Royalty Owners Association, told The Center Square. And American companies operating there produce cleaner oil and gas than other global suppliers, he notes. In 2020, for example, “Venezuela‘s flaring intensity was over 2000 percent higher than the Permian Basin, Iran over 600 percent, and Russia’s flaring intensity was 239 percent higher than the Permian Basin,” he said.

Andrew Lipow, president of Houston-based Lipow Oil Associates, said if the rule were implemented it “would have the effect of raising production costs and could ultimately impact on oil supplies at a time when the world is faced with soaring energy prices as it looks for alternatives to Russian supply.”

Fred Krupp, president of the Environmental Defense Fund (EDF), argues that methane emissions from natural gas are increasing rapidly and are dangerous because “methane is more than 80 times as potent as carbon dioxide in its heat-trapping potential over 20 years.

“In the next decade, methane from all sources will do more to warm the planet than the burning of fossil fuels,” he argues, and “cutting methane emissions offers the fastest way to slow global warming.”

“EDF has found that a rapid, full-scale effort to reduce methane emissions from oil and gas operations, agriculture and other sectors could slow the worldwide rate of warming by as much as 30 percent,” he says. He also argues that U.S. oil and gas operations “currently waste enough methane to fuel 17 million homes,” referring to government estimates without citing them.

But Todd Staples, president of the Texas Oil and Gas Association, told The Center Square that the industry has already been “taking great strides to improve environmental performance, including improving air quality in West Texas, as it is in all operations.”

“Domestic oil and natural gas produced in the United States, and largely right here in Texas, is the cleanest in the world,” he emphasized.

According to the latest Texas Railroad Commission data, there have been record-low flaring rates. Likewise, a recent study shows methane emissions intensity in the Permian Basin dropped nearly 70 percent between 2011 and 2020 even as oil and gas production rose by over 320 percent, he points out.

“At a time when the Administration should be working with industry to maximize America’s energy potential,” he argues, it’s “making moves that ignore and even discourage progress while creating uncertainty that could constrain the energy development the nation and the world needs. American consumers are suffering, and the continued development of American energy and energy infrastructure is vital to delivering reliable and affordable oil and natural gas products for our nation.

“To solve today’s crisis, which is mostly attributable to pressures to eliminate fossil fuels, and ensure affordable, reliable American-made energy well into the future, we need policies that unleash, instead of obstruct, American energy leadership,” he said.

Longanecker says the EPA’s plan “is yet another example in a long list of failed federal policies targeting the U.S. oil and natural gas sector, which only exacerbate inflationary pressures and high energy prices. Instead of impeding development of these resources in Texas, we should be enabling Permian production, which will help us meet rising demand with cleaner, American-made energy.”

Representing 46,000 of these workers, Richard Welch, a board member of the Odessa-based Oil & Gas Workers Association, told The Center Square that the Biden administration is “weaponizing the EPA,” enacting Obama-era regulations to further harm the industry “at a time when the economy needs it most and Americans are suffering.”

“President Biden is deliberately targeting the oil and gas industry whichever way he can to push the Left’s ‘green’ agenda,” he said, and the EPA rule would stymy production, reduce supply and “without a doubt cause the price at the pump to climb.”

The Center Square was launched in May 2019 to fulfill the need for high-quality statehouse and statewide news across the United States. The focus of our work is state- and local-level government and economic reporting. www.thecentersquare.com