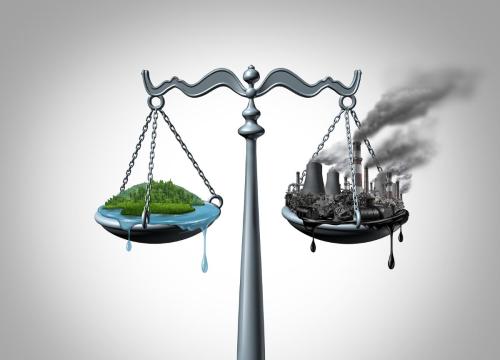 On Friday, November 11, 2022, at the international climate talks in Egypt, the Biden Administration rolled out proposed Environmental Protection Agency (EPA) regulations aimed at limiting emissions of methane and volatile organic compounds (VOCs) from the oil and gas sector.  The proposal (available here) supplements an original proposed rule that the EPA issued in November 2021.

The supplemental proposal is an exercise of the EPA’s authority under Section 111 of the Clean Air Act (CAA), which directs the agency to set emission performance standards for categories of major stationary sources.  Section 111(b) directs the EPA to set standards for new, modified, and reconstructed sources.  Section 111(d) addresses existing sources.  Under Section 111(d), the agency first establishes presumptive standards (referred to as “emission guidelines”) for use by the states.  Each state then submits, for EPA approval, a plan for regulation of existing sources in the state.  Subject to certain exceptions, a state plan must be at least as stringent as the emissions guideline.

Comments on the supplemental proposal are due February 13, 2023.  The EPA has pledged to finalize the regulations as early as possible in 2023.

Elements of the Supplemental Proposal

The supplemental proposal would regulate the “Crude Oil and Natural Gas” Section 111 source category, which covers facilities in the natural gas value chain extending from the well-head to the city gate.  The regulations target fugitive emissions (i.e., leaks) and equipment failures of various kinds.  The EPA would address these emissions through a mix of numerical emission standards, device requirements, and work practice standards—including monitoring and repair requirements.

Below is a summary of some of the key elements of the supplemental proposal:

Extended Coverage of Well Sites.  The original November 2021 proposal would have exempted low-emitting well sites from regulations.  The supplemental proposal, by contrast, requires all well sites to be routinely monitored for leaks.  Requirements vary according to the number of wells and other types of equipment at a site.

Encouragement of Advanced Monitoring Technologies.  The regulatory effort comes at a time of rapid advancements in technologies that can detect and measure methane emissions.  Some of these technologies are deployable at lower cost than the hand-held camera surveys generally mandated by the proposed regulations.  The supplemental proposal seeks to encourage innovation by allowing operators to obtain EPA approval to use advanced technologies—including continuous emission monitors—provided that the technologies meet specified metrics for sensitivity and frequency of surveying.  Once a technology is approved for use by one operator, others may use it too.

Deputized Third-Party Monitors.  The EPA proposes to approve certain third‑party entities as “super-emitter” monitors.  Using EPA-approved technologies (typically satellites), these pre-approved monitoring entities would be empowered to scan for major emission events, defined as events equal to or exceeding 100 kg/hr.  Upon detecting such an event, the monitoring entity would notify the relevant operator, the EPA, and the relevant state.  Even without further action by EPA, this notification would trigger requirements for the operator to promptly investigate and remediate the leak or release as appropriate.  The supplemental proposal solicits comments on alternative legal rationales for this new feature.

Restrictions on Flaring.  The supplemental proposal would limit the extent to which associated gas could be flared at oil wells.  The EPA is proposing to mandate routing of such gas to beneficial uses unless the operator demonstrates that those measures are unsafe or infeasible.  In cases where flaring continues to be used, the supplemental proposal would impose more rigorous operational requirements to limit emissions.

Emissions Guidelines for States.  The EPA proposes that all of its requirements for new facilities will constitute presumptive standards for existing facilities.  Accordingly, the “emission guideline” for the states to use to develop their plans under Section 111(d) will include these new source standards.  State plans would be due 18 months after publication of the final rule (expected in 2023).  For existing facilities, compliance would be required as expeditiously as practicable but no later than 36 months after the deadline for state to submit their plans to EPA.

Interaction with Other Policies

The supplemental proposal arrives against a backdrop of a number of other legislative, international, and voluntary methane reduction initiatives.

Of particular interest will be how the supplemental proposal interacts with the methane “waste emissions charge” provisions in the Inflation Reduction Act (IRA).  Starting in 2025, the IRA imposes a methane fee on a range of facilities in the oil and gas sector that have annual emissions equal to or greater than 25,000 ton carbon dioxide-equivalent.  However, the IRA establishes an exemption for covered facilities based on EPA’s Section 111 methane regulations.  First, the final regulations have to achieve equivalent or greater reductions than what would have been achieved under the original proposed rule that the EPA published in November 2021.  Second, the exemption is only available for those facilities for which Section 111(b) standards and Section 111(d) state plans “have been approved and are in effect.”

In the supplemental proposal, the EPA solicits comment on different approaches for determining “equivalency.”  The proposal is silent on the second issue.  However, the timetable outlined in the supplemental proposal for submission of and review of state plans calls into question whether such plans will be “in effect” prior to the 2025 date when facilities will be subject to the methane fee.