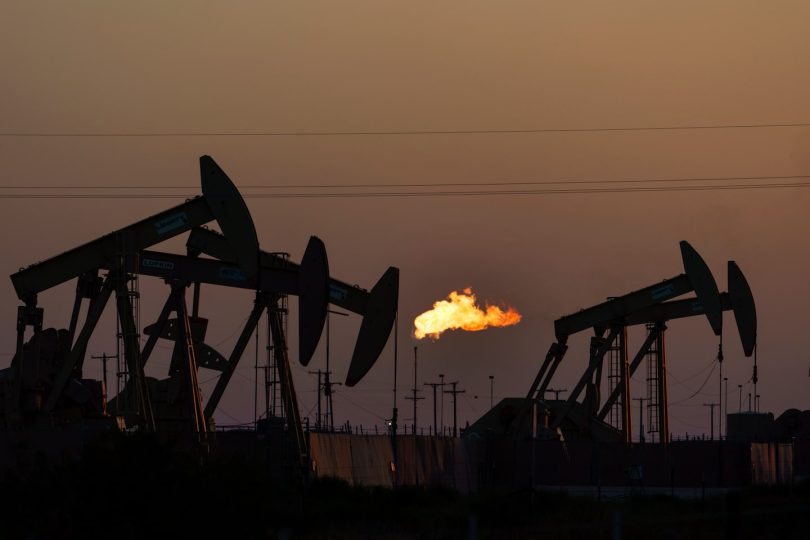 SHARM EL-SHEIKH, Egypt — In a bid to show U.S. commitment to tackling climate change, the Biden administration outlined in Egypt a renewed effort to curb emissions from domestic oil and gas producers.

At the U.N. Climate Change Conference, known as COP27, on Friday, the Environmental Protection Agency unveiled an updated proposal to regulate methane seeping from pipes and other equipment maintained by the U.S. oil and gas industry, the country’s biggest industrial source of the potent greenhouse gas.

Responsible for roughly a third of greenhouse gas warming today, methane traps about 80 times as much heat as carbon dioxide during its first 20 years in the atmosphere. Experts say curbing methane emissions is critical to prevent near-term warming.

The proposal, which was partially released during last year’s climate conference in Glasgow, Scotland, would be the first time the federal government requires existing facilities to find and fix methane leaks.

“These are critical, common sense standards that will protect workers, protect communities … and make very sharp cuts in dangerous pollutants that threaten our planet,” EPA Administrator Michael Regan said at a news conference in Egypt.

Under the proposal, the agency is seeking to compel oil and gas operators to use remote sensors to quickly address leaks and to require states to develop plans to curb methane from older wells. Gathering feedback from the industry over the past year, the EPA plans to offer companies more flexibility in how they monitor for leaks.

Officials say the regulations will reduce U.S. greenhouse gas emissions by one percentage point below 2005 levels, adding to the roughly 40 percent cut expected to come from the Inflation Reduction Act passed earlier this year. A methane fee program included in that legislation would require oil and gas to pay for all emissions above a certain threshold — providing an incentive for operators to abide by the new regulations, Regan said.

The rule should also help the country fulfill the “Global Methane Pledge” — a U.S.-backed effort to curb emissions of the potent greenhouse gas 30 percent by 2030. Although more than 100 nations have signed on to the pledge since it was launched in 2021, a recent World Meteorological Organization report found that methane emissions this year are rising faster than ever before.

The new regulations come on the same day President Biden is set to speak at the Egypt climate conference, an apparent bid to highlight the U.S.’s climate efforts and convince more nations to join the methane pledge. Three of the world’s top five methane emitters — China, India and Russia — have not joined the initiative.

“We continue to accelerate and increase the pace of climate action in the U.S. and around world,” White House national climate adviser Ali Zaidi told reporters Friday. He said the United States was committed to “rooting out emissions everywhere we find them.”

But when asked whether the United States would support setting up a fund for climate harms in developing countries — one of the biggest issues at the COP27 conference — Zaidi side stepped the question, saying only that Biden is committed to “partnership and solidarity” with people facing climate impacts around the world.

The conference theme for the day was “decarbonization,” and the morning started off with an announcement of a new “Breakthrough Agenda” from dozens of countries representing more than half of the world’s gross domestic product. The nations committed to achieve 25 emissions-cutting actions within the next year; among them are ramping up the deployment of zero-carbon industrial plants, upgrading electricity grids and setting a common target to phase out gasoline-powered vehicles.

The United Nations on Friday also announced the launch of a public satellite system to detect major methane releases from the power, waste and agricultural sectors.

“Everywhere our certified thermographers go, they find oil and gas pollution — even in states with the strongest protections,” she said.

But other researchers cautioned that preventing leaks alone would not be sufficient to meet the world’s methane targets, or to limit warming to 1.5 degrees Celsius (2.7 degrees Fahrenheit) — the threshold at which scientists say humanity can avert the most catastrophic consequences of climate change. According to data from Climate Watch and the World Resources Institute, “fugitive emissions” from the oil and gas production process account for only 3.9 percent of the world’s greenhouse gas pollution.

Mia Moisio, who leads the Climate Action Tracker project for the Germany-based NewClimate Institute, said research shows methane emissions from the energy sector need to fall 64 percent by 2030 for the world to meet the 1.5 degree Celsius target. Achieving that reduction will require overall natural gas use to fall 26 percent by 2030.