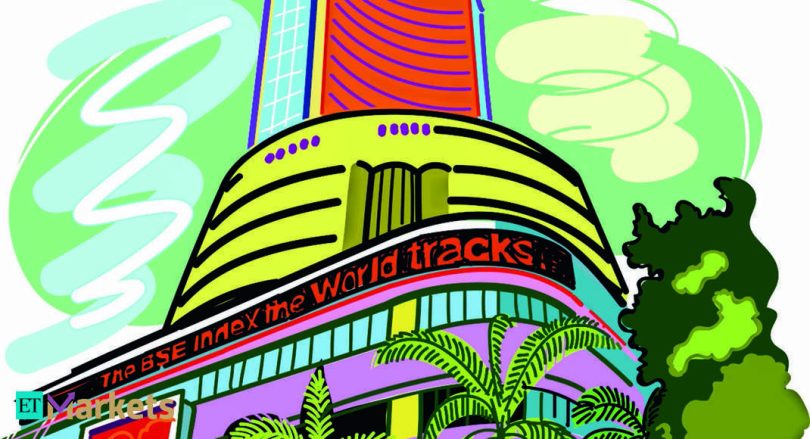 Mumbai: Indian equities made a dramatic surge in the last half hour of trade on Thursday – the last day of the November derivatives series – with two of the biggest gauges advancing over 1% led by information technology companies and the twins. The Sensex hit an all-time high – closing above 62,000 for the first time – and the Nifty crossed 18,500 intraday as the US Federal Reserve meeting minutes showed the rate-setting panel was more receptive to a slower pace of future rate hikes, giving a boost to bullish sentiment. A “substantial majority” of policymakers agreed it would “likely soon be appropriate” to slow the pace of interest rate hikes, according to the minutes of the November 1-2 meeting.

The final push to the indices on Thursday came from the rolling over of bullish derivative bets to the December series on expiry of the November contracts.

“All the pain points are receding, and everything appears to be falling in place compared with the situation two-three months ago. That is what is reflected in today’s movement,” said Raamdeo Agrawal, chairman, Group. “From one perspective, China markets have risen 15-20% in a month and that bodes well for Indian markets as it narrows the valuation gap because our market valuations are not cheap and earnings growth was slightly muted.

However, easing crude oil prices could give a boost to earnings growth going forward, he said, adding that markets are gradually rising and that’s a good sign.

Overnight, all three major US indices ended positive, extending previous day’s gains and setting an optimistic tone for the global markets. Key Asian indices rose 1%, while major averages across Europe were up 0.02-0.8% Thursday. The Stoxx Europe 600 – a pan-European gauge – was up 0.46%.

Brent crude oil slipped below $85 a barrel on Thursday. Oil prices fell more than 3% as the Group of Seven (G7) nations considered a price cap on Russian oil above the current market level and gasoline inventories in the US rose by more than analyst projections.

On Thursday, the VIX, a measure of the market’s anticipation of price fluctuations in the near term, closed at 13.47, the lowest since August 2021. The VIX touched a high of 33.97 in March, when the US Fed increased key lending rates for the first time.

Of the 30 Sensex companies, 26 ended in the green, led by

“I expect the broader markets to catch up. Investors are coming back,” said Vikaas M Sachdeva, managing director,

Alternate Assets. “The index is a reflection of the economic sentiment while the broader markets are a reflection of corporate earnings and growth is showing signs of a pick-up.”