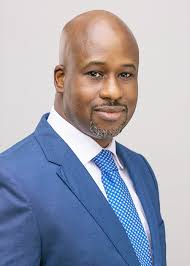 Eterna Plc is a privately owned energy company with its main office in Lagos, Nigeria. The company is involved in supplying and selling fuels, lubricants, and other petroleum goods to businesses. Upon its establishment as Eterna Oil & Gas Limited on January 13, 1989, the company started operating as a distributor and marketer of petroleum products and fuels as well as providing engineering and technical services for businesses in the oil industry in 1991. It was re-registered as a public limited company in 1997. The company also deals in crude oil and runs a system of gas stations and has about 200 employees.

The business actively engages in all aspects of the energy value chain, including the production, distribution, and transportation of energy solutions that are essential to a country’s long-term economic growth.The company, however, has plans to further expand into the midstream and upstream of the energy sector.

Eterna operates in the downstream sector of the industry by virtue of its marketing petroleum products, oil refining, supply, trading, product marketing and retail. One of the difficulties this industry faces, though is the gap in supply from the Petroleum Products Marketing Company (PPMC), which imports petroleum products.

Eterna Plc has several market competitors in the Oil & Gas sector. Below is an overview of its competitors by market capitalization of its year-to-date performance.

1991: Started marketing Castrol’s products in Nigeria after concluding a technical and business agreement with Castrol Burma.

1996: Awarded partial funding from IFC to construct the first Castrol-certified lube blending facility in sub-Saharan Africa, with a 35,000MT capacity, at Sagamu interchange.

1998 to 2001: The company had shares listed on the NSE and developed into a well-known supplier of lubricants and fuels with a variety of business entities. Its status was also changed to a public limited liability company.

2001-2003: Attempts to acquire AP within that year resulted in financial difficulties that impacted stations in Abuja and Lagos.

2005: The company’s restructuring and turnaround efforts got under way in January 2005

2007: The business changed its branding  that year and unveiled new lubricants. Additionally, it raised new funding from its shareholders by issuing 150 million shares at a price of N9.95 per share. Each share was worth 50 kobo (N1.495b)

2008: The company obtained a sole license to manufacture and sell BP-Castrol lubricants in Nigeria from the Standards Organization of Nigeria (SO2017).

The board members include:

Dr Gabriel Ogbechie 30 years experience in the oil and gas sector. In addition to this, he also oversees a sizable conglomerate of businesses, including those in real estate, marine, and agriculture. He holds an honorary doctorate in Technology management from Novena University in Nigeria and a degree in Production Engineering from the University of Benin and has attended several courses locally and internationally including Harvard..

He worked in PwC and Ascon Oil before commencing work at Rainoil Limited in 1997.

Mahmud Bamanga Tukur served as the company’s CEO, director, and MD. He is on the board of seven additional companies and was a member of the Institute of Directors.

He is also a member of the Governing Council at the Nigerian Chamber of Shipping and has held the positions of Chief Executive Officer and Managing Director at Daddo Maritime Services Ltd. Mr. Tukur obtained a bachelor’s degree from The University of Wales and a master’s degree from Cardiff Business School. He retired as MD in August 2020, having served for ten years. He currently serves on the boards of several well-known corporations, including Ashgrove Energy, Dragnet Solutions, Bourbon, and Abumet.

He held the position of Deputy General Manager while employed by Rainoil Limited. He established BHR International Ventures Limited (BHR), and joined  Eterna Plc as the Chief Operating Officer in December 2021.

He holds a Bachelor of Science degree in Industrial Chemistry from Ambrose Ali University and an MBA in Production and Operation Management from Lagos State University, Lagos, and has attended various trainings at home and abroad.

As a result of Mahmud’s solid business acumen and leadership,, Eterna PLC experienced unprecedented growth and achieved remarkable milestones. Although not currently the MD/CEO, it is worth mentioning his achievements in building the company:

The following bodies are regulators in the industry:

The company became listed on 1 August 1998 and has a market capitalization of N8.62 billion. Its current share price is N6.61. Furthermore, its latest issue was in August, 2022, where the company issued a mandatory tender offer for 1,300,000 ordinary shares of 50 kobo each.

The company makes its revenue from the manufacturing, importation, sales, export, oil servicing, gas distribution and marketing, etc of petroleum products. Thus, revenue from its various activities for the report of half-year ended 30 June 2022 shows the company generated a revenue of N57.2 billion, while gross profit was N4.1billion.

The company received a milestone award in 2006 when it won the prestigious Pearl awards for achieving the highest turnover growth amongst publicly quoted companies.

In November 2021, Energy company Rainoil Limited acquired a 61% stake in Eterna Oil Plc through an indirect acquisition in which seven of the latter’s significant shareholders agreed to exchange their shares for agreed-upon cash.

Since then till date, the acquisition has yielded positive growth for the company.