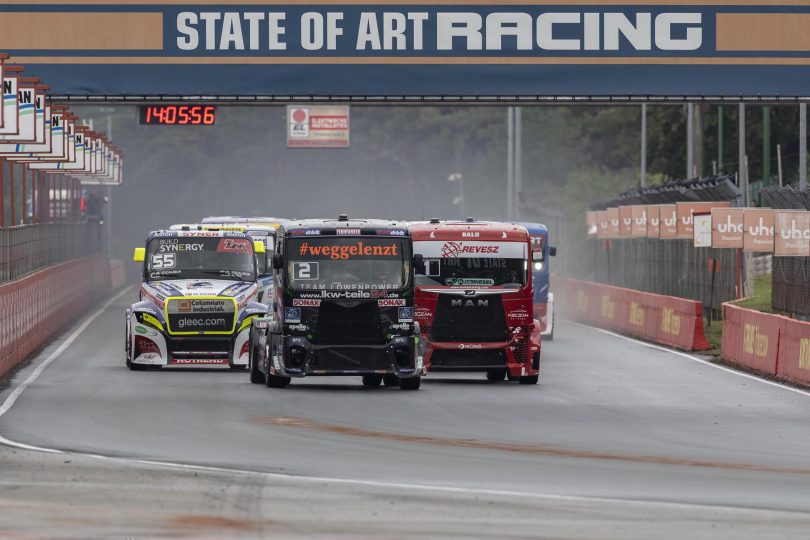 The Hungarian picked up where he left and kickstarted his weekend by claiming his tenth pole position of the season in a session held in wet weather conditions.

Came Race 1 and it was fellow front row starter Sascha Lenz who got the better of Kiss and settled into the lead.

The German initially got himself a bit of breathing space, however, in the second half of the race, the Hungarian turned up the heat and was looking for ways past his rival. Lenz, however, managed to keep the championship leader at bay to score his second victory of the season and first claimed in a non-reversed grid race. Kiss finished runner-up in the opening heat of the weekend and repeated the result in the second race of the day.

On Sunday, the Hungarian clinched his second pole position in as many days only this time he managed to convert his grid position into a victory. In the final race of the weekend, Kiss picked up a puncture when battling Lenz and Shane Brereton. The Hungarian dropped down the order to cross the line ninth.

Jochen Hahn (Race 2) and Adam Lacko (Race 4) were the other two drivers who tasted victory at Zolder.

With 46 points to his name, Kiss once again emerged with the highest points tally of anyone at the end of the weekend.

The Hungarian ace managed seven points better than Lenz and Lacko, and eight better than Hahn; and he now enjoys a comfortable 68 points lead over second-placed Hahn.

The penultimate round of the series is set to take place from 24-45 October, with the season finale scheduled for the following week at Circuito del Jarama.