Oil and gas companies will have to share their excess profits to help European households and industries cope with red-hot energy bills, a draft European Union plan showed on Monday (12 September).

Energy prices and inflation have surged as Moscow slashed gas supplies in response to Western sanctions imposed over its war in Ukraine.

The draft European Commission proposal, which is expected to be unveiled this week, would see the 27 EU countries introduce a ‘solidarity contribution’ for the fossil fuel industry.

Oil, gas, coal and refining companies would have to make a financial contribution based on “taxable surplus profits made in the fiscal year 2022”, according to the draft, which could still change and will then need to approval from EU governments in order to become law.

The plans were outlined last week by European Commission president Ursula von der Leyen, who said a “solidarity contribution” from oil and gas companies would help support vulnerable households and go towards investments in clean energy.

“We will propose that there is a solidarity contribution for fossil fuel companies. Because all energy sources must help to overcome this crisis,” she said on Wednesday (7 September), ahead of an extraordinary meeting of EU energy ministers to address the energy crisis.

Brussels outlined on Wednesday (7 September) five proposals to tackle the high energy prices gripping Europe, including a mandatory target for reducing electricity use, capping the revenues of energy firms, and recycling the money raised to help vulnerable households.

“The solidarity contributions are justified by the fact that such companies make unpredictable surplus profits,” the draft said. “Those profits do not correspond to any regular profit that these entities would or could have expected to obtain in normal circumstances,” it adds.

BP and Shell had no immediate comment. TotalEnergies did not immediately respond to a request for comment.

A rapid recovery in demand following the pandemic and a surge in oil and gas prices driven by Russia’s invasion of Ukraine have boosted profits for energy companies this year.

In the second quarter, Europe’s biggest oil companies TotalEnergies and Shell posted a quarterly profit of $9.8 billion and a record-high $11.5 billion, respectively.

The EU measure would apply to a company’s surplus profits from 2022 at a level to be specified above the average taxable profits in the three fiscal years since January 2019, the draft said, adding that they would be assured of enough profit margin for future investments.

Some countries, including Italy, have already introduced a windfall profit tax on excess profits made by electricity firms during the crisis. The ‘solidarity contribution’ from oil and gas companies, would complement this to ensure fairness among energy companies, EU officials explained.

The draft said Brussels would put in place a minimum rate for all EU countries, but governments could choose to go higher.

The measure would be passed by a reinforced majority of member states, meaning it would not require unanimous approval from the EU’s 27 member countries.

The Commission would also propose clawing back revenue from non-gas fuelled power plants that gain from selling electricity at sky-high costs, but which do not have to pay huge bills for fuel, to help consumers cope with surging power bills, the draft said.

In addition, the draft outlined targets for EU countries to reduce electricity demand as well as a life-raft for power firms facing a liquidity crunch. 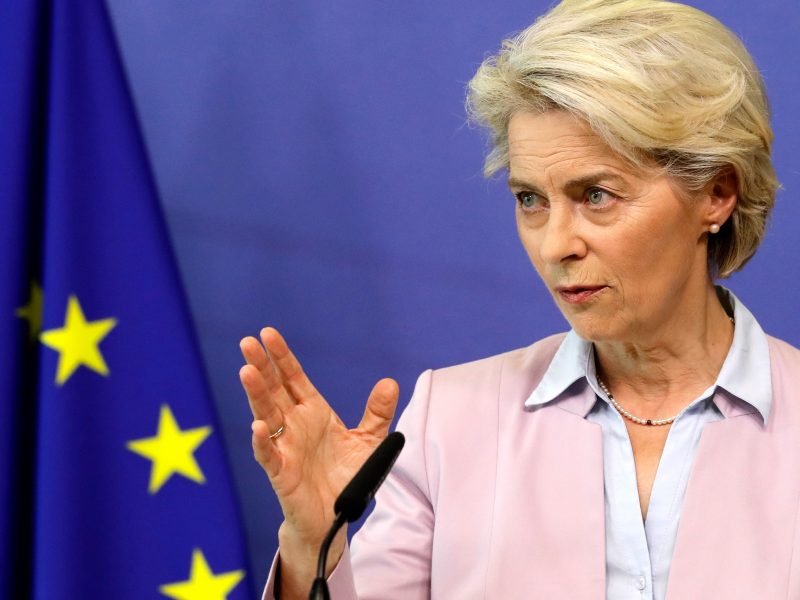 Meanwhile, across Europe companies and governments scrambled for ways to tackle the crisis.

In France, Finance Minister Bruno Le Maire said consumers would be protected by new caps on energy prices when current ones run out this winter although there would be some increases as it would be “completely irresponsible to put the burden…solely on the state budget”.

In neighbouring Spain, Iberdrola said it would guarantee gas and power supply for five months to customers deemed vulnerable by the Red Cross, after which all outstanding bills must be paid.

Italy’s main business lobby group Confindustria said it was in talks with the government about how any potential gas rationing would take place.

With the EU seeking to diversify its energy supply Finland’s Gasgrid said it aimed to begin importing liquefied natural gas (LNG) via a planned floating terminal in January.

Separately, the EU’s securities watchdog said it was “actively considering” potential measures to ease strains in energy markets where some participants face difficulties in finding enough cash to cover positions.

“A maximum price would not solve the fundamental problem, which is that there is too little gas in Europe,” Norwegian Prime Minister Jonas Gahr Stoere said after a call with European Commission President Ursula von der Leyen.

Norway, which is a close ally of the EU, has become the bloc’s largest supplier of gas after Russia cut back exports in the wake of the Ukraine war, giving it record income from its petroleum industry as prices soared.

EU ministers expressed reservations last week about a price cap targeting only Russian gas, which accounted for around 40% of the bloc’s gas before its invasion of Ukraine. That share has plummeted to 9%, as Moscow cut supplies, blaming technical issues caused by sanctions.

Natural gas flows from Russia to Europe along key routes were steady on Monday, while the Nord Stream 1 pipeline remained shut.

Russia has said it would cut all supplies if a cap on its gas was introduced. 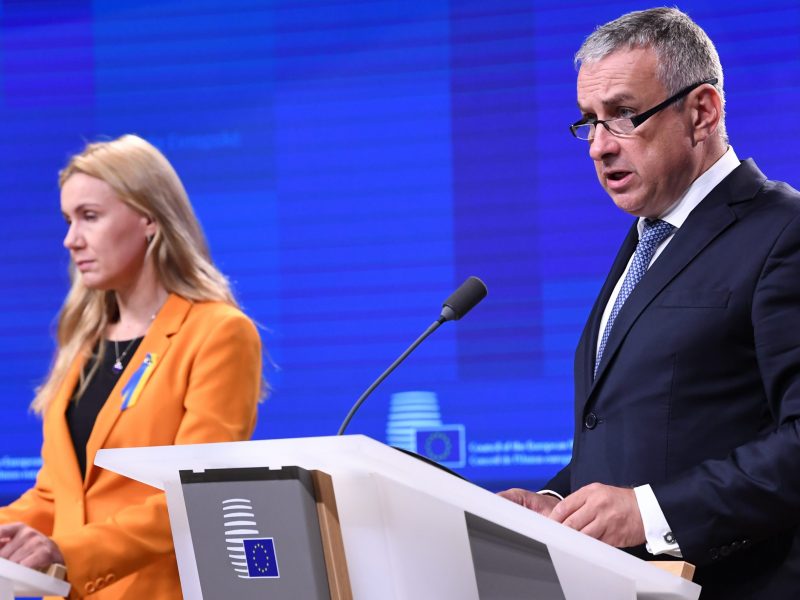