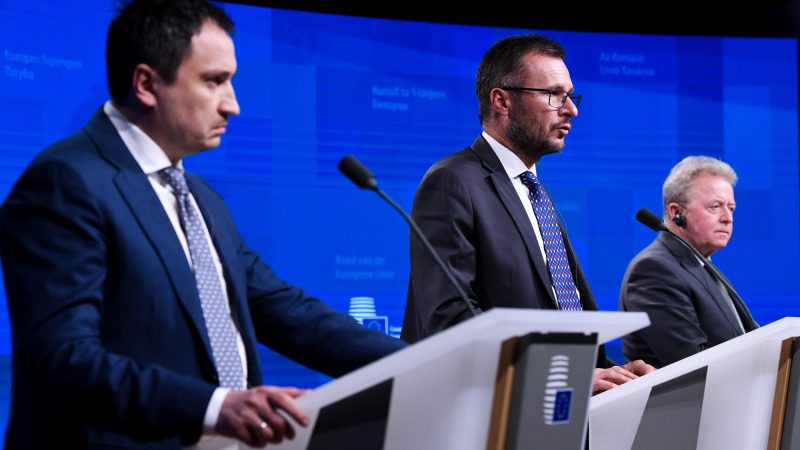 Ukraine and the EU are working on practical steps to permanently entrench the so-called ‘solidarity lanes’ for agrifood exports, arguing this is needed to ensure long-lasting food security – and the EU is exploring ways to help foot the bill.

“We need not only to maintain the solidarity lanes but also to develop them further because they are necessary for food security,” European Agriculture Commissioner Janusz Wojciechowski highlighted during the meeting of agriculture ministers on Monday (26 September).

Likewise, Ukrainian Agriculture Minister Mykola Solskyy, who joined the meeting, stressed that alternative routes are “a must”, also pointing out that the newly set corridor between Europe and his country “should become stable and permanent.”

“This is the question of security, not only profitability,” he stressed, adding this will, as a minimum, help to restrain the price rise in Europe as well as deepen cooperation between Ukrainian and European business.

According to Solskyy, September is expected to bring 5-10% growth in the amount of solidarity lane exports, as well as up to 60% growth in seaports, where he sees “bigger potential to grow.”

However, despite this, huge insecurity remains when it comes to the sea routes for exports as it remains unclear whether the grain corridor will be prolonged in mid-November.

Meanwhile, the safety of transportation remains a question, especially with threats recently announced by the Russian president.

As such, Czech Agriculture Minister Zdeněk Nekula said the EU was “taking what Putin says with a great reserve”.

“So, the risk of whether the sea route from Black sea ports will be available, we are just trying to be quite cautious here,” he explained.

At the same time, as Solskyy mentioned, even the mere threat from Putin was enough to rise prices up to 3%, demonstrating the risk of an even more drastic increase in case of seaport blockade renewal.

As such, the ministers stressed the need to solidify the lanes as a permanent way for exports, regardless of the seaport situation or added cost of transport by land, which is significantly more expensive than transportation by sea.

Practically speaking, Ukraine called for a number of concrete measures to make this a reality, including an increased number of trucks, grain carrying wagons, terminals, scanners and other equipment on the borders, as well as more personnel working on the borders.

Meanwhile, a separate initiative to create a pipeline for cooking oil, mainly sunflower seed oil, between Ukraine to Poland, was welcomed by both EU ministers and the Commission.

At a meeting of the European Parliament’s transport committee (TRAN) the same day (26 September), the Deputy Head of the Ukrainian mission to the EU, Serhiy Tereshko, said that Ukraine “stepped up with a number of proposals of how to move a number of controls out of the border” in order to streamline trade along the routes.

This includes work to ensure its wagons are compatible with European tracks – as a difference in railway gauge width between Ukraine and the EU remains a bottleneck for exports – as well as improvements on veterinary and phytosanitary controls.

Put your money where your mouth is

While it is currently too early to predict the price tag of some measures, such as the oil pipeline project, others are clearer.

Solskyy estimated that by compensating 50% of the price of grain carrier trucks, together with increasing of such trucks by a third, Ukraine would be able to export between 10 to 20 million tonnes more of grain annually – an amount equal to 2-3 months of pre-war exports.

In response, Commissioner Wojciechowski promised to push the Commission to review the possibilities to finance such initiatives.

“There are positions in the EU budget that can be used to support such investments,” he said, citing opportunities in neighbourhood and accession policies. 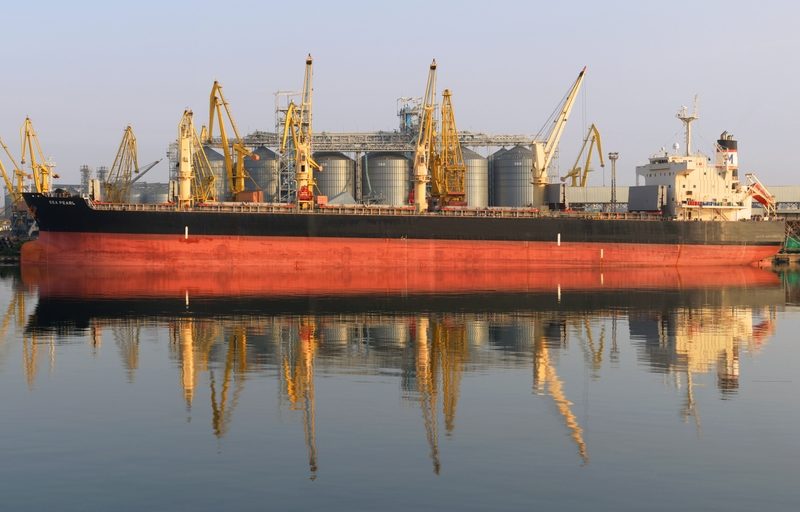