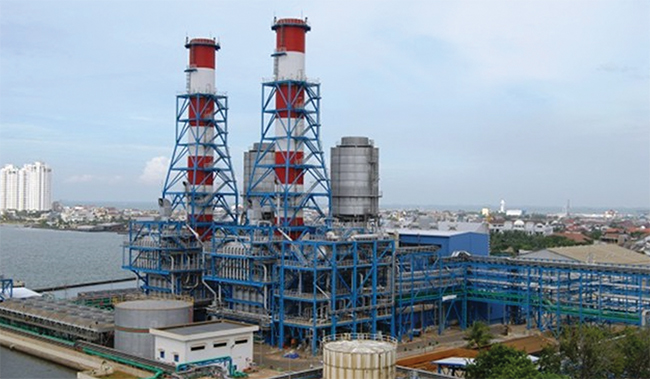 The addition of a 500-MW gas-fired unit at the Muara Karang facility near Jakarta is among the steps Indonesia is taking to satisfy the country’s growing need for electricity as demand for power continues to rise.

Indonesia is among the world’s top exporters of thermal coal, but like many other countries has said it will phase out its own coal-fired power plants as part of a plan to make its power generation carbon-neutral.

Indonesia, though—again like many other countries—has a need to increase its electricity production to satisfy a growing demand for power. Government forecasts expect power demand will grow by 4.9% each year through the end of this decade. The government in 2015 announced a program to develop as much as 35 GW of new power generation capacity within a few years, to both add to its existing installed generation and replace some of the output being lost as coal-fired and diesel-powered plants are retired.

A piece of that program entered commercial operation about one year ago. Mitsubishi Power, a subsidiary of Japan’s Mitsubishi Heavy Industries, in late October 2021 brought 500 MW of gas-fired capacity online at the Muara Karang Power Plant, as part of an expansion project at the facility. The Muara Karang plant, owned and operated by PT Pembangkitan Jawa Bali, also known as PJB—a subsidiary of state-owned utility PT Perusahaan Listrik Negara, or PLN—is located about six miles northwest of Jakarta, the Indonesian capital, and primarily supports that city’s power needs via a grid network that connects several power plants across the north Jakarta region.

Construction for the expansion project, which brings the total gas-fired installed capacity at Muara Karang to about 2.1 GW, began in August 2018 and proceeded despite the coronavirus pandemic. Mitsubishi Power said it was able to deliver the equipment for the plant, and complete the construction contract, a month ahead of schedule, even with what it called “constraints due to COVID-19.”

The expansion project is among the recipients of a POWER Top Plant award for gas-fired power generation, as it supports Indonesia’s need for additional electricity production and propels a buildout of generation facilities backed by foreign investment.

The conversion of Muara Karang from coal to gas over the past several years left Jakarta with no coal-fired generation within the city’s boundaries. The move is part of PLN’s plan—announced by Darmawan Prasodio, the utility’s deputy director, in May of last year—to achieve carbon neutrality in its operations by 2060. Indonesia’s government wants to have at least 23% of its electricity coming from renewable sources by 2025, up from about 11% as of last year, but finding investors to support renewable energy projects has been slow.

The country’s parliament in May resumed its discussion of legislation that could incentivize the deployment of renewable and low-carbon energy resources. But with PLN already “building a coal-fired power plant retirement timeline,” according to Darmawan—including the closure of as much as 9.2 GW of coal-fired capacity by 2030—the need for generation to support rising power demand is more immediate. That’s among the reasons Indonesia is rapidly adding more gas-fired generation, including from companies such as Mitsubishi, which already is active in the country.

“In Indonesia, it is important to prioritize solutions for environmental issues alongside infrastructure and economic development. This has resulted in a growing need for stable and environmentally friendly power generation,” said Kazuki Ishikura, president of Mitsubishi Power Indonesia, when the Muara Karang expansion was commissioned. “Mitsubishi Power is committed to supporting this growing need in Indonesia with our gas turbine technology that can significantly reduce CO 2 emissions when compared with conventional coal-fired power plants, while ensuring stable and sustainable power generation.”

The Muara Karang plant has a history spanning more than 40 years. The first power generation at the site—a coal-fired plant—entered commercial operation in 1979, designed to serve Jakarta. The plant was upgraded in 1992 with the installation of three GE combined cycle gas turbines, and two M701F gas turbines (Figure 1) from Mitsubishi Hitachi Power Systems (MHPS) were added in 2011.

The 500-MW expansion at Muara Karang begun in 2018 integrated Mitsubishi’s M701F gas turbine, along with a steam turbine and auxiliary equipment, also from Mitsubishi. The gas turbine unit includes a compressor shaft end drive, which Mitsubishi said reduces the impact of thermal expansion on shaft alignment. The rotor is provided with a simple single-shaft two-bearing support, according to Mitsubishi.

The turbine was manufactured at MHPS’s Takasago Works in Hyogo Prefecture, Japan. The 415-ton turbine is protected by horizontally split casings, a set-up that enables the removal of the blades for maintenance without removing the rotor. Mitsubishi said the turbine has a startup time of about 45 minutes, while the overall combined cycle efficiency is expected to be more than 62%.

Japan Bank for International Cooperation, Mizuho Bank, and Australia and New Zealand Banking Group together provided much of the financing for the expansion project. The Bank of Tokyo-Mitsubishi UFJ was the financing agent.

MHPS, along with Mitsubishi and Indonesian construction firm Wijaya Karya (Persero), also known as WIKA, was awarded a full turnkey engineering, procurement, and construction contract for the expansion project in September 2016. The electric generator systems were supplied by Mitsubishi Electric, while WIKA was responsible for the construction and installation works of the project. MHPS also is responsible for providing maintenance and management support services for the gas turbine combined cycle system by remote monitoring, under a long-term service agreement.

Indonesia’s Ministry of Energy and Mineral Resources in February of this year announced several renewable energy targets, and said it expects all power plants built in the country after 2030 will be focused on renewable resources. Officials said the country expects to add 21 GW of renewable energy generation capacity between now and 2030. There’s also talk of adding nuclear power to the Indonesian grid by mid-century.

Plants such as Muara Karang, though, will continue to be important, since transitioning away from fossil fuels in a country where about 88% of current generation is either from coal or natural gas is likely a tall order. A report from the World Bank in December 2021 said that 16 GW of coal-fired generation capacity was added in the past decade—even as the country plans a phase-out of coal—and acknowledged that renewable energy deployment is lagging. The agency noted the importance of energy, particularly fossil fuels, to the Indonesian economy.

Mitsubishi Power in a news release said the Muara Karang expansion project “will play a key role in supporting urban development by meeting the rising demand for electricity across the West Java region, centered on Jakarta, and facilitating infrastructure development for urban transport systems such as the Mass Rapid Transit (MRT) and Light Rail Transit (LRT), which will contribute to sustainable economic development in Indonesia.”

“This power plant is an important plant that supplies electricity to important facilities in the metropolitan area,” said Mrs. Ratna, general manager of Western Jawa Power Plant Development Unit for PLN. “We, PLN, genuinely appreciate the good performance of Mitsubishi Power and its contribution to starting commercial operation one month earlier than originally scheduled despite various obstacles such as COVID-19.”

Mitsubishi Power shipped its first steam turbine to Indonesia in 1971, beginning its long history in the country. It has delivered M701F gas turbines for several projects, beginning with two supplied to the Cilegon combined cycle power plant in 2006. That was followed by two units each for Muara Karang in 2011, the Tanjung Priok Power Plant in 2012, and the Jawa-2 Project in 2018.

Said Ishikura: “For over 50 years, Mitsubishi Power has contributed to Indonesia’s energy landscape, contributing approximately 18 GW of power generating systems, including gas turbine combined cycle, geothermal power, and highly efficient coal-fired power. With our strong expertise in clean energy power generation, and our continued commitment and partnerships in the country, we have optimized plant efficiency and expanded the opportunities for clean power in Indonesia.”

Ishikura added: “We remain dedicated to support Indonesia’s energy development by enhancing the reliability and efficiency of existing facilities to meet the country’s energy needs while addressing the needs across both environmental sustainability and economic efficiency.”

—Darrell Proctor is a senior associate editor for POWER (@POWERmagazine).