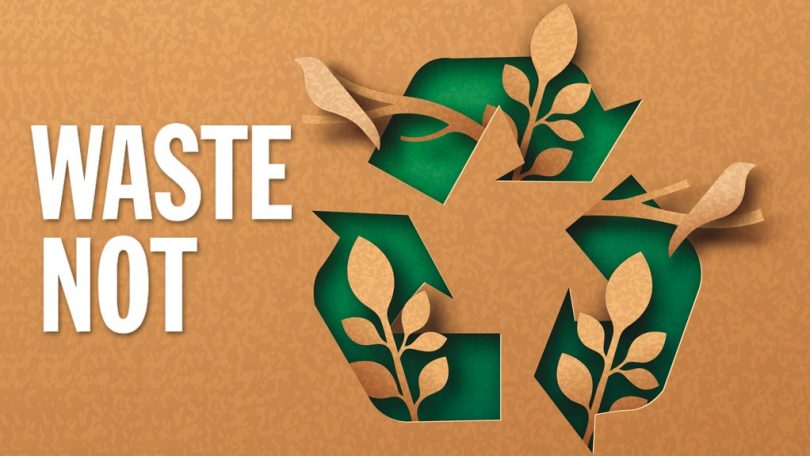 Only 11% of waste from Africa’s urban areas goes to managed landfills, with much of the rest dumped and often burned.

This has had a dramatic impact on human health, with poor air quality linked to 1.2- million premature deaths in Africa each year, and greenhouse-gas (GHG) emissions contributing to global climate change.

Without urgent action, this problem will worsen, as Africa’s population is expected to reach two-billion by 2050. The current population of Africa is more than 1.4-billion as of November 7, based on the latest United Nations (UN) estimates.

Acting on waste would yield an economic benefit estimated at $8-billion and also contribute to almost all the UN Sustainable Development Goals.

It is for these reasons that leading policymakers and political stakeholders came together at the eighteenth African Ministerial Conference on Environment (Amcen) in September to set out a commitment to tackle the issue of open burning of waste, with a focus on benefits to health, the environment and the economy.

At Amcen, Ministers formally recognised the impact of burning waste on the climate and human health, and the benefits of integrated waste management through investment in the right infrastructure and skills.

As part of the resolution, member States were encouraged to prioritise waste management infrastructure, promote public education and awareness of the negative impacts of open burning of waste, and support informal waste service providers.

Countries were encouraged to eliminate open burning of waste through, among others, policies, legislation, incentives and enforcement of these instruments, as well as promoting the use of waste as a resource for value and job creation.

Mebratu is a UN High Level Champion on the open burning of waste and co-author of a landmark report titled ‘Open Burning of Waste in Africa: Challenges and Opportunities’, which was supported by Engineering X, an international collaboration founded by the Royal Academy of Engineering and the Lloyd’s Register Foundation.

The resolution, he adds, is supported by the Royal Academy of Engineering and the Engineering X programme, which have been working to understand the current situation and identify the challenges that need to be addressed.

“Because open burning and dumping are being widely practised [and] there being a lack of management infrastructure and a lack of understanding, the resolution intends to address the system deficiencies that exist within the African waste management system,” he elaborates, adding that the resolution will also explore the possibilities of promoting circularity by using recyclable and reusable waste as a secondary resource input for value generation and job creation.

This, he explains, is based on the fact that almost 70% of the waste in African urban centres is recyclable.

However, public education is still lacking, and this is contributing to the increasing challenge and risks associated with not managing waste effectively and correctly.

When waste is dumped in an uncontrolled way, the decomposition generates GHGs, including increased levels of carbon dioxide, which subsequently generates several toxic chemicals and impacts on air quality.

“Because of the mixture of some of the chemicals, it generates black carbon, which is a composite of several different particulate matters that have a direct effect on respiratory and cardiovascular diseases,” Mebratu states.

The composition of these chemicals also releases hazardous atmospheric pollutants into the air that could encourage or enhance the spread of cancer, he stresses, noting that, while different datasets show different results, the end result is that “many infectious diseases are associated with atmospheric pollution, which is on the rise”.

“Essentially, we are in this critical stage where people’s wellbeing is being affected by pollutants as a result of open dumping and the burning of waste.”

The situation, however, is not all doom and gloom, as waste pickers and recyclers – who expose themselves to these risks on a daily basis – are mitigating the effects to a certain extent.

Mebratu states that a more coordinated and organised approach to circularity, based on an integrated solid risk management approach, could enhance value generation for the pickers, while simultaneously reducing health risks.

Mebratu laments that the current situation is largely attributable to individual and institutional behaviour resulting from a lack of education, knowledge and understanding of the significant impact of waste burning practices.

Should the Ministerial commitment result in action, it would lead to a 60% reduction in waste and open waste burning, with the goal being to eliminate it completely by 2040.

“This is doable, especially considering that the general public can also get involved, and that we are working with the Egyptian Presidency, [which] currently heads up COP27,” Mebratu says.

The 2022 United Nations Climate Change Conference, or COP27, was held earlier this month in Egypt.

The hope, Mebratu notes, is that the global event will provide some footing for the international community to move from the commitment stage into action and implementation.

Meanwhile, utilities company SUEZ’s acquisition of waste management company EnviroServ in September, together with community-owned Royal Bafokeng Holdings (RBH) and private-equity firm African Infrastructure Investment Managers (AIIM), will see EnviroServ grow as a “leader of environmental services in South Africa and the region”, as it will “leverage on strong capabilities and SUEZ’s support to invest in infrastructure and operations, enrich its commercial offer and develop new waste treatment modes to contribute to a more circular economy”, SUEZ hazardous waste CEO Stéphane Heddesheimer says.

“Our purpose is to keep growing EnviroServ as the leading waste management operator in the region. To this end, we plan to introduce some of the technologies and innovations that we have developed in other markets, such as Europe and Asia.”

EnviroServ recycles 125 000 t and manages 1.7-million-tonnes of hazardous and general waste each year.

SUEZ plans to invest more than R1-billion in the next four years to develop EnviroServ’s asset base and support the company’s development. For large infrastructure projects, such as waste-to-energy, Heddesheimer says that SUEZ, RBH and AIIM will facilitate access to capital and long-term financing.

Waste-to-energy, he explains, is “a cornerstone of waste management in industrialised countries”.

“For waste that cannot be recycled, waste-to-energy solves the problem of landfill airspace. It delivers electricity to a grid and/or steam to an industrial process, replacing fossil fuels. There are more than 2 500 waste-to-energy facilities in Europe, Asia and America, and technologies are fully safe and proven. Obviously, it is costlier than landfilling but I am confident that, given the need for power, waste-to-energy can be developed in South Africa.”

“We already see some real differentiation factors by improving the operations of landfills, particularly when it comes to encapsulating pollution, treating leachates and recovering landfill gas,” Heddesheimer comments.

The company also sees potential to introduce anaerobic digestion for organic waste in South Africa, for which SUEZ has been running operations that rely on tried-and-tested technologies and business models, which can be adapted to the local market.

According to the second yearly Epson Climate Reality Barometer, released last month, South Africans’ confidence that a climate crisis will be averted in their lifetimes declined from 58.9% in 2021 to 56.6% in 2022.

The survey, undertaken by electronics company Epson, measures the opinions and experiences of over 520 South Africans as part of a global study into the causes and possible mitigation of climate change around the world.

Globally, climate change is on average ranked third as a priority on which governments, companies and individuals should be focused. However, in South Africa, it is ranked fourth at 9.4%, behind fixing the economy (40%), tackling poverty (19.9%) and managing inflation (14%).

Findings also suggest that age is a factor, with the oldest age range (55+) most concerned about climate change (over 15%) and those in the 45 to 54 and 16 to 24 age ranges, at under 7% each, being the least concerned.

This is despite the impact of climate change witnessed in recent years, including intense rains affecting the eastern coast of South Africa, resulting in increased devastating flooding and landslides across KwaZulu-Natal, and widespread ongoing droughts across the Eastern Cape and the Western Cape. This, the survey notes, suggests a “reality deficit” in people potentially misunderstanding the full future impacts of climate change.

Epson is working towards its Environmental Vision 2050, which is focused on various climate protection and biodiversity initiatives that use a circular economy as a more comprehensive approach, enlisting the actions of individuals, organisations and governments, says Epson South Africa country manager Timothy Thomas.

“As corporates, governments and individuals, if we do not treat climate change with the gravity it deserves, we run the risk of doing irreversible damage to the planet and our ability to live on it. We are currently amid the sixth mass extinction event in the planet’s history and it is being driven by climate change and other human activities. Storms are becoming more intense, and droughts are more severe. Rising sea levels mean that major cities could soon be under water, and the escalating temperatures are already having a marked effect on our ability to maintain our food production levels. The lives of billions are at risk,” Thomas stresses.

However, he notes that, while a part of the problem stems from misinformation, a larger part is attributable to “the notion that we have time”.

He explains that, because the world does not experience climate change as something pressing and urgent, “it is easy to get distracted” by all the other things happening in the world.

“There also is not a neat and easy solution to the problem, and with something like climate change, which for many is a more abstract, distant threat, it requires a concerted, multipronged global effort. That doesn’t leave gaps for misunderstandings,” Thomas says.

He adds that a lot of the communication about climate change often ignores indigenous knowledge systems.

“By disregarding the accumulated wisdom of people who have lived in harmony with their environments for centuries, we not only miss tapping into expertise we may not have, but we also alienate large swathes of the population.”

Albeit a small part of the overall solution, circular economies can help mitigate against the full impacts of climate change by eliminating environmental harm, increasing efficiency and creating resilient and sustainable systems.

Nonetheless, whatever South Africans believe government, companies and individuals should be prioritising, many do already play a part in tackling climate change by adopting various sustainability advancing habits.

“By their nature, circular economies require their participants to have a certain level of understanding around sustainability issues. Education on climate matters is baked into them.”

Individuals can, in the meantime, start by making small changes such as turning lights off when leaving a room, or turning heating or air conditioning down a degree or two, Thomas suggests.

“Given our current environmental challenges, we cannot hope to reverse climate change by simply recycling or reducing waste. The sheer amount of waste we produce is too much for that. A circular economy would focus on preventing waste from being created in the first place and encourage the adoption and creation of new technologies, as well as organisations using ecofriendly solutions in their production,” Thomas concludes.