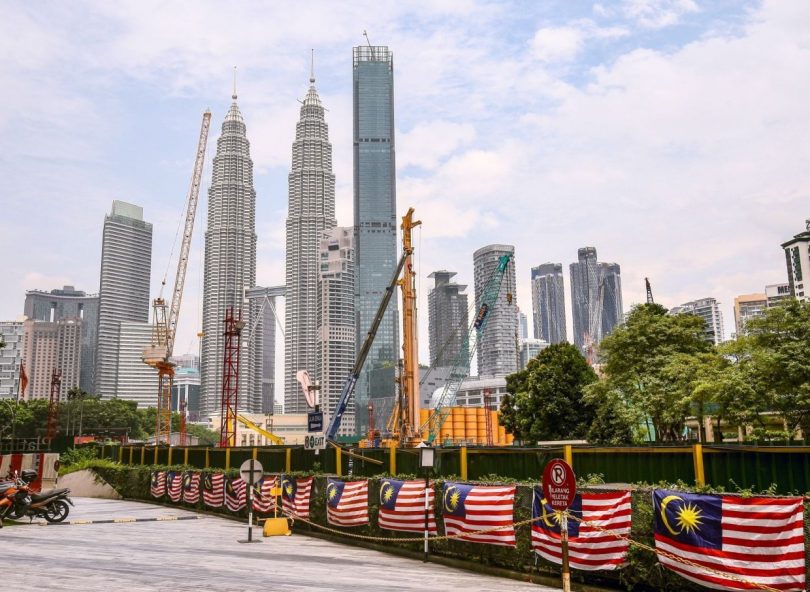 PETALING JAYA: Malaysia’s economic growth in 2023 is projected to moderate to 4.2%, due partly to an expected slowdown on the external front, which will dent export oriented manufacturing growth, according to MARC Research.

Other factors for the projected moderation are high-base effects, high cost of living, tighter monetary and financial conditions, as well as waning pent-up demand, said the research arm of MARC Ratings Bhd.

MARC Research remains cautiously optimistic over growth prospects in 2023 given the well-diversified nature of the Malaysian economy and its proven track record of withstanding shocks.

MARC Research forecast private consumption growth momentum to slow in 2023 to 5.1% (2022 estimated at 11.1%) even with expected gradual improvements in the labour market and consequently, nominal household disposable incomes.

The research unit pointed out that the high cost of living is extremely concerning, given not only the impact on vulnerable households but also the country’s continued dependence on private consumption growth as a growth engine.

MARC Research said it is important to note that Malaysia’s pace of inflation remains manageable and Bank Negara continues to be unconcerned.

Amid the increasingly precarious global backdrop, risks to economic growth outlook are inevitably tilted to the downside.

“This could potentially reduce any propensity by the central bank to hike its overnight policy rate further,” it said.

The research outfit added the government’s subsidy bill to protect vulnerable groups is expected to remain elevated and shaped by political survival dynamics, it may possibly rise further.

It is also worth noting that studies have shown the absolute average income gap between the B40 group and the overall population had widened over the pre-pandemic 2009-2015 period.

According to a pre-pandemic study by Khazanah Research Institute, the consumption patterns of many in the M40 group had increasingly mirrored those of the top end of the B40 group.

“A shrinking middle class is a major concern because it will threaten economic growth and political stability,” said MARC Research.

Meanwhile, the government debt-to-gross domestic product (GDP) could continue to rise. Parliament was told in July 2022, that the federal government’s debt service payment stood at 18.4% of revenue, which is 3.4 percentage points higher than the administrative ceiling of 15%.

Given the long-running lack of political will to meaningfully tackle fiscal challenges, Malaysia’s fiscal deficit-to-GDP (2023 forecast at 5.5%, and 2022 estimate at 5.8%) could potentially become permanent.

“Malaysia’s weakened fiscal and debt metrics will thus likely remain a sovereign rating concern, notwithstanding the tapering off of risk of a rating downgrade over the short term given the current progress of its economic recovery,” said MARC Research.