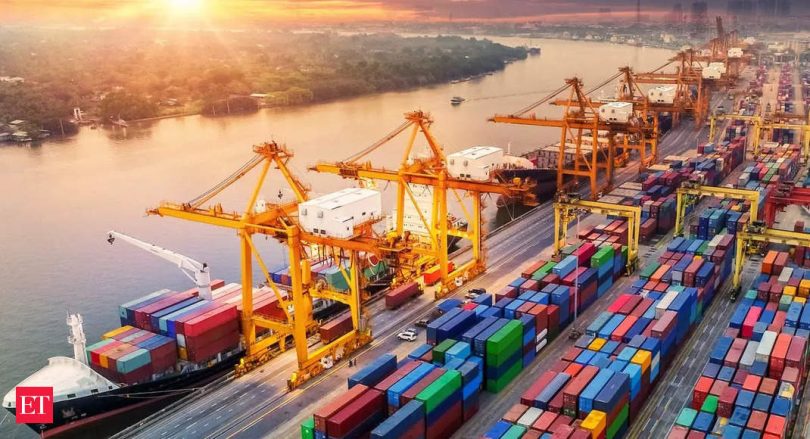 The depreciating rupee amid high global inflation has prompted Indian exporters to take steps to maintain sales and shield their profits.

Jewellery exporters are opting to manufacture light weight ornaments while engineering goods manufacturers are scouting for cheaper Indian coal and coke. Carpet exporters are exploring ways to mix imported and local dyes to cushion the impact of expensive imports.

The sluggishness in exports was discussed in a series of meetings of commerce secretary BVR Subrahmanyam took with various export promotion councils on Thursday. As per sources present in the meetings, concerns related to slowdown in the US, overseas clients seeking discounts and the position of exporters’ order books were discussed.

The rupee breached the 80 per dollar mark for the first time on July 19 and hit a lifetime low of 80.06. Depreciation of the rupee is good news for India’s exports but it’s a catch for high import dependent sectors such as gems and jewellery, pharmaceuticals, engineering goods and automobiles as they are faced with higher input costs.

Shah said overall rupee depreciation was good for gems and jewellery exporters and even if gold imports become expensive, exporters earned through value addition, which increases in dollar terms.

Some are eyeing cutting imported inputs and shifting to local products.

“Usage of imported coal and coke raises the cost of manufacturing. While the price of hard coke has increased to ₹30,000 per tonne from ₹18,000-20,000 earlier, the cost gets covered in exports,” said Ravi Sehgal, MD of Kolkata-based engineering firm Carnation Industries Ltd.

The impact of rupee depreciation on machines which use imported parts is 15-20%.