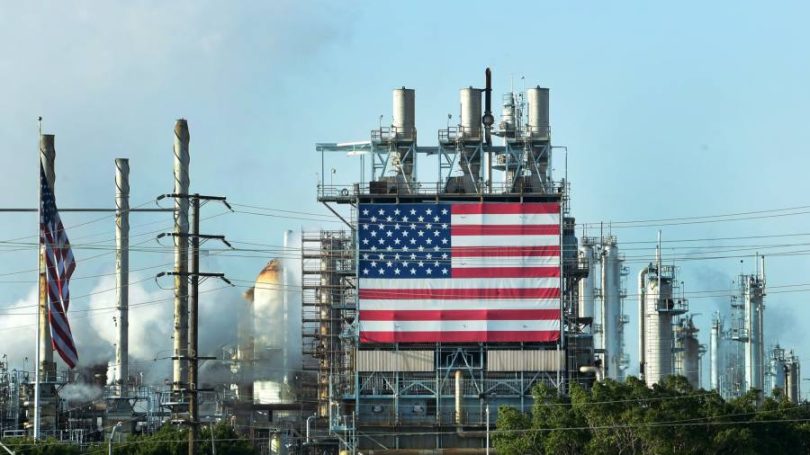 ExxonMobil and Chevron are expected to rake in almost $100bn in combined profits from 2022 as the US corporate oil titans capitalise on surging fossil fuel prices following Russia’s invasion of Ukraine.

The profit bonanza is seen by the oil majors as vindication after the companies resisted pressure from activists and some shareholders to pivot away from their core oil and gas businesses and slash climate-warming emissions.

Exxon was expected to record more than $56bn in profits in 2022 and Chevron is set to top $37bn, record highs for both companies, according to Wall Street estimates compiled by S&P Capital IQ.

It is a sharp reversal from 18 months ago when the companies were still struggling to recover from the coronavirus pandemic-driven crude price crash and reeling from stinging shareholder defeats over their climate strategies. Pressure on the companies peaked when Exxon lost control of three board seats to activist hedge fund Engine No. 1 last May.

But the companies largely resisted the calls to overhaul their strategies. Exxon’s chief executive, Darren Woods, said recently that the company’s bumper year was evidence it is “on the right course”.

Exxon has unveiled plans to repurchase $50bn of its own shares until 2024, including the roughly $15bn in shares it had already bought back. It also raised its dividend earlier in 2022. Chevron says it will buy back about $15bn of shares.

The focus on share repurchases has drawn political ire at a time when consumers are paying high energy prices, which have fanned decades-high inflation rates across the US and Europe.

Amos Hochstein, president Joe Biden’s top international energy adviser, told the Financial Times in December that the focus on share buybacks was “un-American” and the companies should instead be doing more to increase supply and cool prices.

But the big shareholder returns and elevated energy prices have been a boon to investors, lifting the companies’ share prices to new highs in 2022 despite the broader market sell-off, although they have fallen slightly in recent weeks. Exxon’s stock closed the year at around $110 a share on Friday, up 80 per cent since the end of 2021. Chevron’s rose 53 per cent, closing at about $180 a share.

Both companies argue that oil and gas will power the global economy for decades to come despite widespread efforts to shift the economy away from fossil fuels to combat climate change.

Exxon’s recently released long-term energy outlook forecasts oil demand continuing to grow until at least the end of 2040. It predicts the world will consume millions of barrels per day more than it does today in 2050, when many governments say they want their economies to have net zero carbon emissions. Natural gas consumption will grow by nearly 50 per cent over that time, Exxon projects.

That outlook contrasts with its British rival BP, which has pledged to halve its oil output by 2030 and says it expects oil demand to start falling from the start of the next decade and be at least 20 per cent lower by 2050.

The bullish fossil fuel demand outlook is underpinning the firms’ plans to expand output in the coming years, even as they say they will plough more cash into low-carbon investments such as carbon capture and storage, hydrogen and biofuels.

Exxon plans to tap oilfields such as the Permian in Texas and New Mexico as well as deepwater fields in Guyana and Brazil to increase its output by around 15 per cent by 2027. 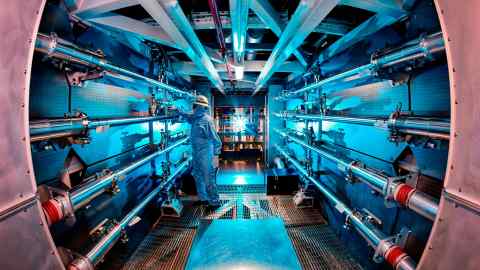 Carbon Tracker, a climate-focused think-tank, said in a recent report that the long-term fossil fuel growth plans were out of step with governments’ climate goals under the Paris Agreement and put their finances at risk.

“Companies are committing tens of billions to projects that are unlikely to break even if governments deliver on their climate pledges, and investors must be aware of the implications,” said Mike Coffin, an analyst at the group.