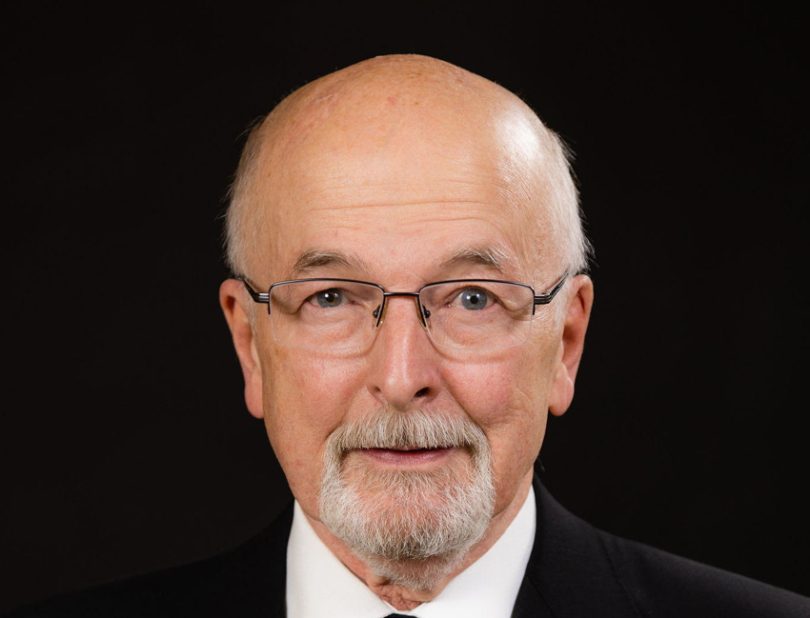 In honour of the late David M. Bayne, a beloved long-time hotelier at Fairmont Chateau Lake Louise who passed away on March 10, 2022, a group of industry partners have come together to launch the David M. Bayne Legacy Fund, making a 10-year commitment to support aspiring post-secondary students in their pursuit of hospitality, culinary, or tourism education. Bursaries of $5,000 each will be granted to a minimum of four students per year on an annual basis over a 10-year period, with the ultimate goal of awarding 42 students in total––a symbolic tribute to Bayne’s 42-year career with Canadian Pacific Hotels and Fairmont Hotels & Resorts. The program will also include a hospitality mentorship program in Banff National Park, encouraging local industry leaders to follow in Bayne’s footsteps by providing guidance to the next generation of industry talent.

The David M. Bayne Legacy Fund has been initiated by Bayne’s former employer, Fairmont Hotels & Resorts (Accor), the Banff & Lake Louise Hospitality Association, and the Banff Canmore Community Foundation. Early financial commitments have been received from the owners of the Fairmont Western Mountain Region Properties, Sunshine Village and the Scurfield family, Lake Louise Ski Resort and Summer Gondola, Brewster Stables, and others. Together, these partners have secured an initial amount of $92,000, with a goal to fundraise $250,000 by the end of 2023 via corporate and individual pledges. They will also hold a charitable golf tournament at the Fairmont Banff Springs on May 25, 2023.

“I had the privilege of working alongside David for many years. Whether he was meeting kings, politicians, celebrities or one of the many guests of the hotels, David was always an exceptional role model for both his peers and his colleagues. He had a remarkable ability to identify talent, and nurture potential within his team; this Fund will continue his legacy of mentorship among the tourism industry’s next generation of rising stars,” says Heather McCrory, CEO North & Central America, Accor.

“During his tenure with both Canadian Pacific Hotels and Fairmont Hotels & Resorts, David travelled internationally promoting the Canadian Rockies and tourism in Canada with humour and humanity,” says Wanda Bogdane, Executive Director, Banff & Lake Louise Hospitality Association. “We are honoured to support this important initiative and hope that it will make a difference in the lives of many young people through building a connection to a place that David cherished.”

These bursaries will aim to attract young people to the tourism and hospitality industry through their choice of education, while also offering support to those facing barriers on their hospitality and tourism career path. The Fund’s partners, in consultation with Bayne’s widow, Lori, will strive to award four bursaries in 2023 to support Fall 2023 post-secondary educational enrolment. Recipient targets will include all Canadians with an interest in pursuing careers in hospitality, with a special consideration for new Canadians, Albertans and local youth in the Banff and Lake Louise region.

Bayne, whose first job in the Canadian Rockies was as a houseman at the Banff Springs Hotel in 1966, worked his way through the ranks to General Manager at the world-class Fairmont Chateau Lake Louise, where he continued to inspire young professionals until his retirement in 2008. Bayne was recognized as a trusted collaborator by Parks Canada for the respect he showed towards the guardianship of Canada’s national parks and upon his retirement, served on the Travel Alberta Board of Directors from 2009 until 2013, contributing to its direction for global tourism development. In his eyes, Bayne’s major career achievement was the wide array of relationships he built with his team of employees and the guidance that he was able to offer them; as he liked to put it, “value each job that you have and dream big.”

To learn more about the David M. Bayne Legacy Fund and to make a donation, individuals are encouraged to visit the Fund’s online giving portal via the Banff Canmore Community Foundation here: