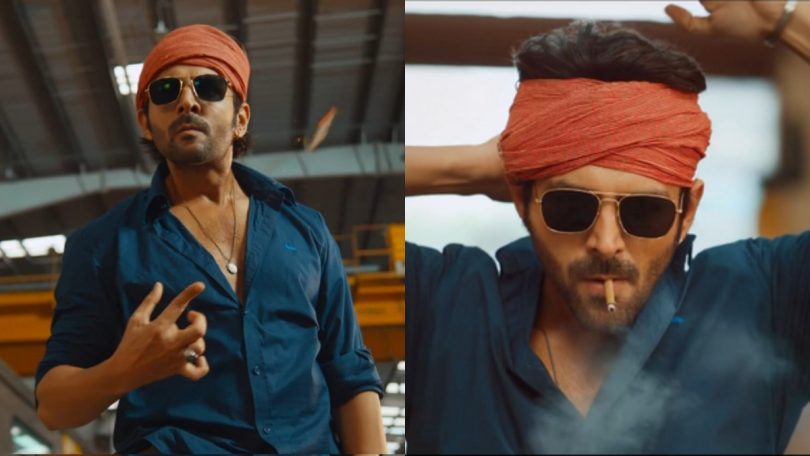 The makers of Shehzada surprised Kartik Aryan’s fans after releasing the teaser of ‘Shehzada’ on the occasion of the actor’s birthday. As the audience witnessed Kartik in the action avatar for the first time, they are truly surprised by the teaser and started to make noise on social media by dropping their loving comments. #HappyBirthdayShehzada is trending on social media as fans hail the actor’s flabbergasting performance.

On Tuesday, Kartik Aryan took to his Instagram handle to share the teaser of his upcoming action-packed venture. Sharing the clip he wrote, “Jab baat FAMILY pe aaye toh discussion nahi karte… ACTION karte hain!!” he captioned the post and signed off saying, “A Birthday Gift from your #Shehzada.” The clip sees the actor embrace his inner action-hero as he steps into the shoes of south superstar Allu Arjun in this upcoming remake. ‘Shehzada’ is the Hindi remake of the 2020 Telugu blockbuster ‘Ala Vaikunthapurramuloo’ that saw Allu starring opposite Pooja Hegde.

This first glimpse is one of the best surprises or treats for his fans as they are definitely super excited. Kartik is currently awaiting the release of his yet another new avatar of a film, ‘Freddy’ on 2nd December, and besides Shehzada, he has ‘Satyaprem ki Katha’, Aashiqui 3 and Kabir Khan’s untitled next in his kitty.