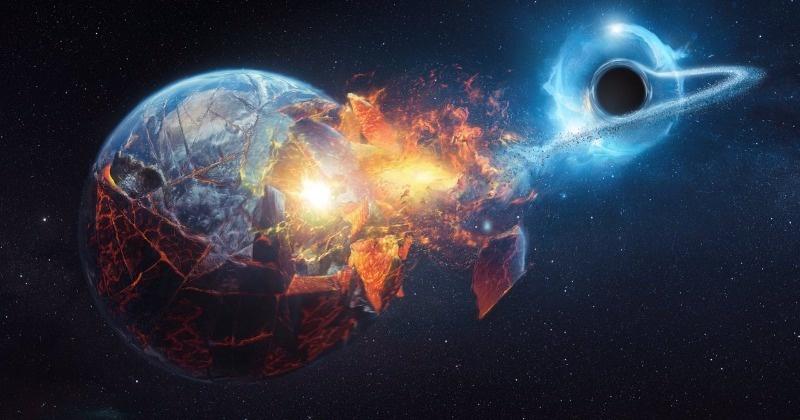 We’ve now found the fastest-growing back hole in space! It is so powerful that each second, it swallows the mass equivalent of one Earth. How big is this black hole? For perspective, its mass is thrice as big as the Sun. Owing to its appetite, the black hole is growing rapidly – consuming whatever falls in its way.

An international team found that when black holes usually reach this size, they stop expanding. But this black hole continues to get larger, now about 500 times bigger than the black hole in Milky Way’s heart, the recently photographed Sagittarius A*.

A rare event for black holes

According to astronomers, this is the largest growing black hole to exist in the last 9 billion years. What happened here, though? In a statement, lead researcher Christopher Onken from the Research School of Astronomy and Astrophysics believes “perhaps two big galaxies crashed into each other, funneling a whole lot of material onto the black hole to feed it.”

The feeding process of black holes is called accretion, wherein it consumes matter from a thin disc of dust and gas around it. The process has also resulted in a quasar blasting from the black hole, making it 7,000 brighter than the light coming from every star in the Milky Way.

“Astronomers have been hunting for objects like this for more than 50 years… They have found thousands of fainter ones, but this astonishingly bright one had slipped through unnoticed,” Onken said.

Also read: What Does The Inside Of A Black Hole Sound Like? NASA Engineers Release New Song

The discovery about this massive black hole was made as part of the SkyMapper Southern Sky Survey, all overseen by the 1.3 metre telescope at Siding Spring Observatory in Australia. You can read the preprint at arXiv before it is published in Publications of the Astronomical Society of Australia. For more in the world of technology and science, keep reading Indiatimes.com.