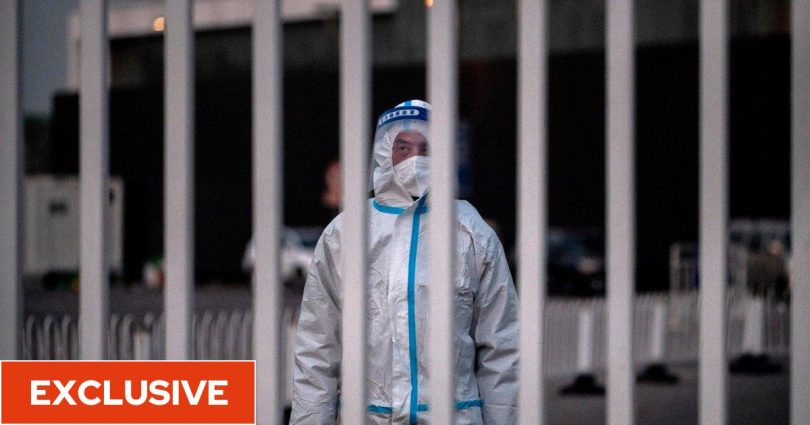 Factory shutdowns for the Chinese New Year and China’s ongoing rampant Covid-19 outbreak are set to cause renewed supply chain shortages in Britain and Europe, according to shipping industry leaders.

Goods from paint to car components are likely to be the subject of shortages this spring, due to a combination of falling demand in recession-hit Europe and a drop in goods leaving ports as China grapples with an earlier-than-usual Lunar New Year holiday and the coronavirus upsurge. According to one estimate, deaths in China could reach nearly 40,000 a day by the end of this month.

An authoritative survey of more than 2,000 freight forwarders and supply-chain experts found that nearly three-quarters (73 per cent) of those working in the industry expect disruptions to shipping in the coming weeks, with most expecting congestion at ports and shipping delays caused by the Covid-related closure of factories or reduced production.

The situation is being exacerbated by the annual month-long Chinese New Year holiday falling earlier than usual this year, during which many factories reduce production or shut down all together.

Shipping data company Container xChange, which carried out the survey, said as a result fewer retailers and manufacturers in Britain and elsewhere had gone down the path of ordering surplus goods prior to the lunar holiday to smooth out an interruption to supplies.

Christian Roeloffs, chief executive of Container xChange, said: “The biggest concern is the reduced production and port capacity due to the infections in China. Amidst this, we do see prolonged factory closures.”

The chaotic lifting of China’s previously stringent Covid controls before Christmas saw the virus spread rapidly through the population. Airfinity, a UK health data company, estimated that 62m people could be infected in the final two weeks of January, with Covid-related deaths likely to peak by the end of this week at 36,000 per day.

Amid separate estimates of a total Covid death toll in China this year of one million, experts say that anywhere between a quarter and half of the Chinese workforce could be incapacitated through illness or restrictions in the coming weeks as the pandemic runs its course. There is also a growing expectation that once the Covid outbreak peaks in China, it will spark a rebound in Chinese growth and output.

A senior executive with an international shipping company told i: “There are a number of problems in maintaining continuity of supply. Recession and inflation are reducing demand from markets like the UK and simultaneously Covid is hitting supply [from China].

“To put it in layman’s terms, there will be period when less stuff is being made, which in turn will take longer to reach ports, and eventually Europe and US. The likelihood of lumpy supply and shortages is considerable.

“At the same time, I think there will be a more positive picture by the end of the year, because the Chinese economy will likely rebound strongly.”

China’s 48 producers of zinc oxide, a chemical widely used in applications from paint to medicines as well as in ceramics and glass, ceased production by early January due to low international orders.

Factory closures could also see shortages of components used in consumer durables such as televisions, white goods and mobile phones. A longstanding shortage of semiconductor microchips used in cars and vehicles is also expected to endure.

Industry experts said an additional factor affecting supply chains was the trend for manufacturers in Britain and elsewhere to start using suppliers in their own or adjacent markets – so-called on-shoring or near-shoring – to reduce reliance on China and other Asian manufacturing hubs. The computer manufacturer Dell said it intends to phase out Chinese-made components in its products by next year.

Shipping data provider, e2Open, told i that reduced demand will see journey times for goods between China and the West reduce. The shipping time between China and Felixstowe, Britain’s largest container port, has already fallen from a pandemic peak of 92 days to only 64 days at the beginning of this year.