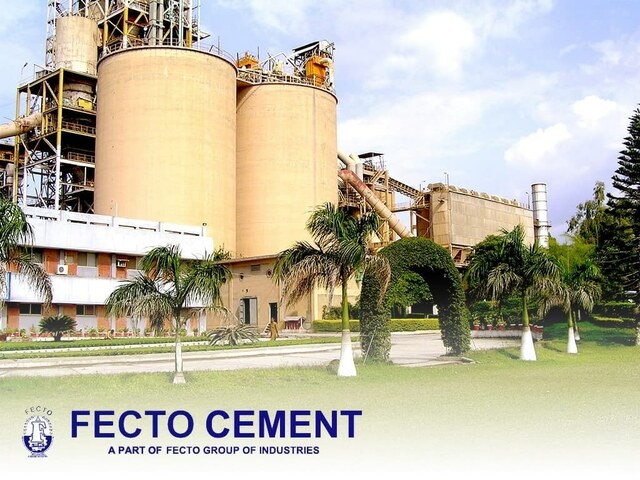 Fecto Cement Limited (PSX: FECTC) was set up in 1981 as a public limited company under the repealed Companies Act, 1913. The company produces and sells cement. It has an annual production capacity of 869,400 metric tons of cement and 828,000 metric tons of clinker. Its plant is located at Sangjani village in Islamabad.

The company has mostly seen a growing topline with the exception of a few years between FY18 and FY20. Profit margins, on the other hand, have been on a decline between FY16 and FY20, before rising again in FY21.

After increasing for six consecutive years, revenue in FY18 contracted by 4.44 percent. While local dispatches grew by 9 percent, export dispatches registered a decline of 36 percent, thus curtailing growth of total dispatches to a marginal 2.6 percent. Export dispatches were adversely impacted by lower exports to Afghanistan that was a major export destination for the country. On the other hand, production cost increased to 79 percent of revenue, up from last year’s almost 70 percent, thus reducing gross margin to nearly 21 percent. The rise in production cost was due to increase in coal prices, diesel prices that increased transportation cost, and currency devaluation. This also trickled to the net margin that was lower at 9 percent compared to 14.8 percent in FY17.

Revenue in FY19 fell by 3.3 percent with total dispatches registering a decline of 14 percent. Local dispatches were lower by 14.4 percent and export dispatches were lower by 7.2 percent. The industry, overall, witnessed a slower growth in dispatches at 2 percent. With cost of production continuing to rise as a result of an increase in input prices, gross margin reduced to 12.5 percent. This also reflected in the net margin that was recorded at the lowest till then at 1.9 percent. Bottomline was also significantly lower at Rs 89 million compared to Rs 442 million in FY18.

The company saw the highest contraction in revenue in FY20 by nearly 27 percent with topline falling to Rs 3.4 billion versus Rs 4.7 billion in FY19.Total dispatches fell by 6 percent, with local dispatches lower by 7.5 percent. Export dispatches, on the other hand, improved to 6 percent. Moreover, the local market saw lower prices due to excess capacity in the industry, subdued demand due to a slowdown in construction activities that was worsened by the onset of Covid-19 pandemic. With costs remaining intact, the company posted a gross loss of Rs 715 million. With operating and finance expenses incurred, this increased to a net loss of Rs 770 million.

In FY21, the company saw the biggest incline in revenue by over 43 percent, with topline reaching the second-highest seen since FY11, at almost Rs 5 billion. Total dispatches were higher by almost 14 percent with local dispatches exhibiting a growth of 18.4 percent and export dispatches reduced by 22 percent. In addition to an improvement in local sales volumes, prices were also better due to resumption of construction activities. Similarly, export revenue was adversely impacted due to lower volumes and selling prices, the latter lower in terms of both, USD and PKR. Thus, gross margin improved somewhat to 5.8 percent. It was significantly better year on year, but it was the lowest positive gross margin seen since FY11. However, it was not sufficient to cover operating and finance expenses, thus the company incurred a net loss of Rs 67 million for the year.

Revenue in the first quarter was higher by almost 32 percent year on year. Overall, sales volumes were higher by 1.4 percent with local sales increasing by 4 percent and exports reducing by 41.4 percent. The former was due to increase in demand while exports were affected due to political upheaval in Afghanistan. The higher topline also translated into a higher bottomline that was recorded at Rs 127 million, significantly better than a net loss of Rs 39 million in 1QFY21.

The second quarter also saw higher revenue year on year, by almost 32 percent. Sales volumes for 1HFY22 were lower by 1.35 percent year on year. While local sales volumes increased, exports reduced due to lower selling prices. Overall, for the industry too, exports were affected due to supply chain disruptions, and higher freight costs. The higher topline for the company resulted in a net profit of Rs 22.6 million for the period, versus a net loss of Rs 20 million in 2QFY21.

Revenue increased in third quarter as well by over 22 percent year on year. This was largely attributed to an improvement in prices. Export revenue, on the other hand, continued to decline due to lower volumes and prices. With some reduction in production cost as a share in revenue, net margin was marginally better at almost 2 percent, versus 1.1 percent in 3QFY21.

Demand is expected to remain flat due to political instability, inflationary pressure and rising commodity prices. Moreover, the company completed its 5MW solar power plant that had a positive impact on electricity cost. Additionally, BMR activities is expected to help reduce fuel cost and improve efficiency.