Key policy action by major central banks will take centrestage across global financial markets this week, after the RBI’s move to hike the repo rate — the interest rate at which it lends money to commercial banks — by 50 bps as expected last week. All eyes will be on a monthly reading of consumer inflation in India due on Monday, to assess the course of rate increases in the coming months.

Data from the US last week showed consumer prices made a fresh 40-year high of 8.6 percent in the world’s largest economy in May, reinforcing the view that the Fed will keep raising rates aggressively.

Central banks around the world are faced with the Herculean task of taming sticky inflation without disrupting the pace of economic growth amid resurgent COVID infections.

The week that was

Indian equity benchmarks suffered their biggest weekly fall in a month on Friday, dragged by weakness in financial, IT and consumer durables stocks. 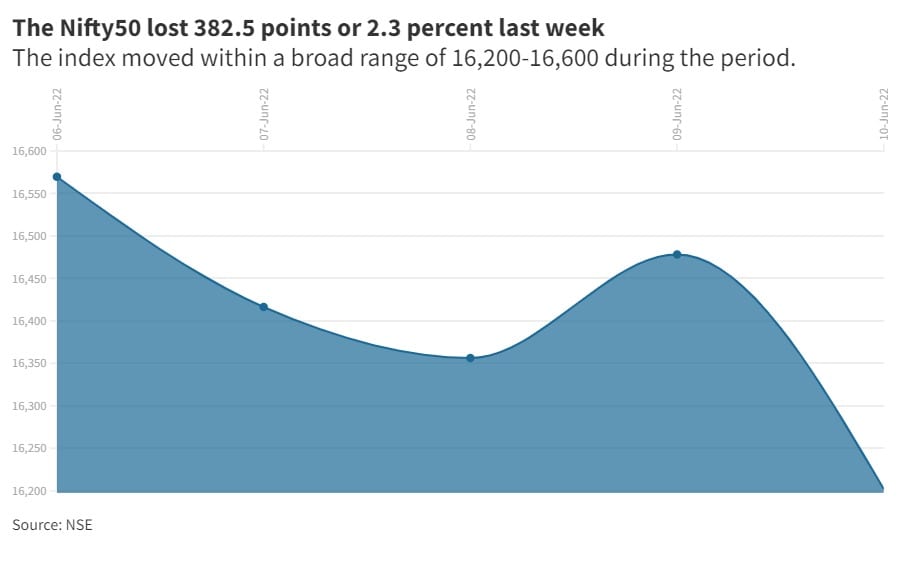 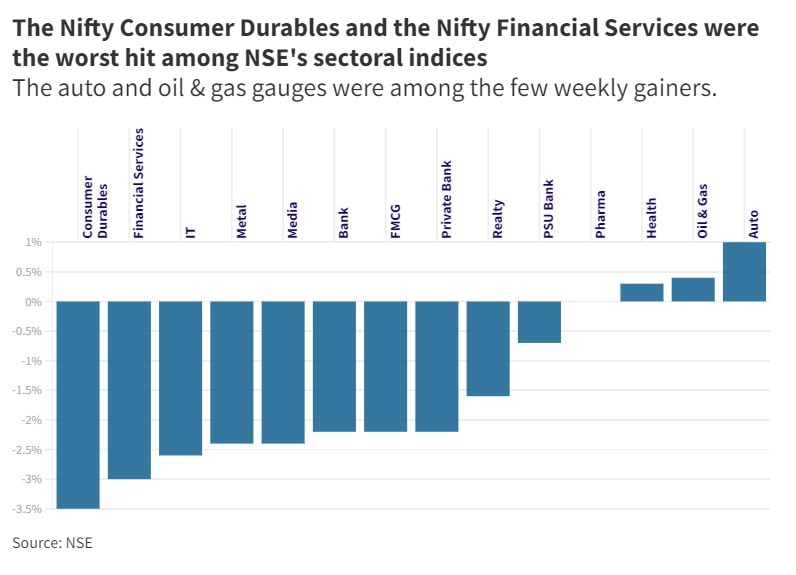 Investors remained on the back foot over concerns about aggressive rate hikes, after the RBI — in its first bi-monthly review since its surprise move on May 4 to hike the repo rate by 40 bps — raised its inflation projections for the year ending March 2023.

However, no increase in the cash reserve ratio — the amount of cash commercial banks have to keep parked with the RBI — aided investor sentiment somewhat.

“The RBI turned realistic by withdrawing its ‘accommodative’ stance and increasing its inflation forecast… However, the focus of the domestic market shifted to global macroeconomics, with investors anticipating a hawkish Fed policy next week,” said Vinod Nair, Head of Research at Geojit Financial Services.

“Despite the fact that last week’s trading patterns suggest additional downside, the overall bearish momentum has moderated as the Nifty is trading above the falling resistance line. As long as the index does not fall below 15,900, there is a significant chance that it can test 16,800,” said Yesha Shah, Head of Equity Research at Samco Securities.

She suggests traders keep a neutral view this week and avoid aggressive trades on either side.

Here are the key factors and events that are likely to influence Dalal Street in the week beginning June 13:

Official data on consumer inflation in India is due on Monday, June 13. Data on wholesale inflation will be released the next day.

Industry body SIAM is slated to release a monthly report on sales, production and exports on Monday.

Institutional fund flows will continue to be on investors’ radar, amid sustained selling of Indian shares by foreign institutional investors. 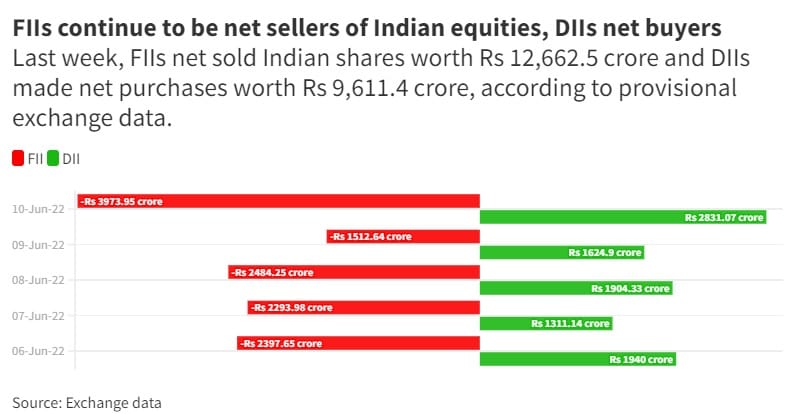