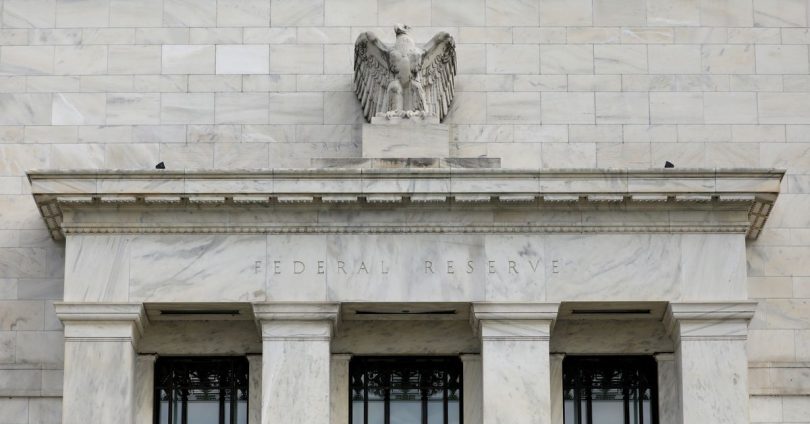 WASHINGTON, Jan 17 (Reuters) – The Federal Reserve on Tuesday told the six largest U.S. banks to compile data on how their businesses would be impacted by climate change outcomes and the transition to a lower-carbon economy in what it called a pilot effort to ensure the financial system is prepared for the risks posed by global warming.

The scenario analysis, including estimates of how real estate portfolios might be affected by “physical risk” and how corporate lending might be affected by the transition to a net-zero carbon economy by 2050, “are neither forecasts nor policy prescriptions,” the U.S. central bank said. “They do not necessarily represent the most likely future outcomes.”

Instead, the analysis is meant to “build understanding of how certain climate-related financial risks could manifest” in terms of changes in the likelihood of loan defaults, losses, and internal risk assessments.

“The Fed has narrow, but important, responsibilities regarding climate-related financial risks – to ensure that banks understand and manage their material risks, including the financial risks from climate change,” Fed Vice Chair for Supervision Michael Barr said in a statement.

“The exercise we are launching today will advance the ability of supervisors and banks to analyze and manage emerging climate-related financial risks,” he said.

The Fed said it would publish a summary of the results around the end of 2023, and would not disclose any bank-specific findings.

The pilot assessment has banks map out what would happen to their residential and commercial real estate loan portfolios in the event of a severe hurricane in the Northeast, as well as a second climate shock of their choosing — like fires or drought — in another part of the country.

A second module of the pilot requires banks to analyze the 10-year impacts on their corporate and commercial real estate lending books under two different “transition” scenarios — one where fossil fuel use continues, and the other where energy use is transitioned to zero-carbon output by 2050.

“It’s a step. Something is better than nothing,” Kelleher said. But it’s a “weak start” because of two omissions, he said: Banks are not required to evaluate the performance of their trading books or their investment banking portfolios, nor will they need to assess how commercial loans fare in the event of a hurricane or other climate shock.

“They should be covering 100% of every area where the biggest risks come from,” Kelleher said.

To Christina Parajon Skinner, a business and legal professor at the Wharton School of the University of Pennsylvania, the pilot walks the line between protecting the financial system against new risks but also not straying beyond the Fed’s legal mandates.

“Big picture, I’m much less concerned about overreach in the context of climate change today than I was a year ago,” Skinner said. “The Fed has really, I wouldn’t say stepped back, but I think it’s become more discerning and more judicious in terms of what’s on the table for its approach to climate change.”

Representatives for Morgan Stanley and JPMorgan Chase declined to comment; the other banks did not immediately respond.

The climate analysis is separate from the “stress tests” that the Fed conducts as part of its oversight of banks to see if they have enough capital to cover losses in the event of an immediate economic shock.

By contrast, the climate analysis is a more tentative step described by the Fed as “exploratory in nature” and without any “bank capital or supervisory implications.”

Still, it represents a move into contested territory.

Some members of Congress, particularly Republicans, have urged the Fed to avoid climate policy, and Fed Chair Jerome Powell has insisted in response – as recently as last week – that the central bank has no plans to use its authority to shape credit decisions or try to steer investment away from the fossil fuel industry, for example.

At the same time, Fed officials say their responsibility for the stability of the financial sector requires acknowledgement of and preparation for the risks posed over time by warmer temperatures, more volatile weather and the potential disruptions involved in a transition away from fossil fuels.

Even that notion has drawn opposition. When the U.S. central bank last month published a broad set of guidelines for large banks on climate-risk mitigation, Fed Governor Chris Waller dissented on the grounds that climate change doesn’t pose financial stability risks, and that the regular stress tests already show banks are resilient.

Other central banks, however, have been taking steps to better understand the risks involved. The Bank of England published its first climate scenario analysis on the UK financial system last year, assessing both insurers and banks for risk exposure to the physical threats of climate change and to stresses during the expected transition to net-zero carbon emissions in coming decades. The European Central Bank published its own climate scenario testing scheme last year.

Covers the U.S. Federal Reserve, monetary policy and the economy, a graduate of the University of Maryland and Johns Hopkins University with previous experience as a foreign correspondent, economics reporter and on the local staff of the Washington Post.