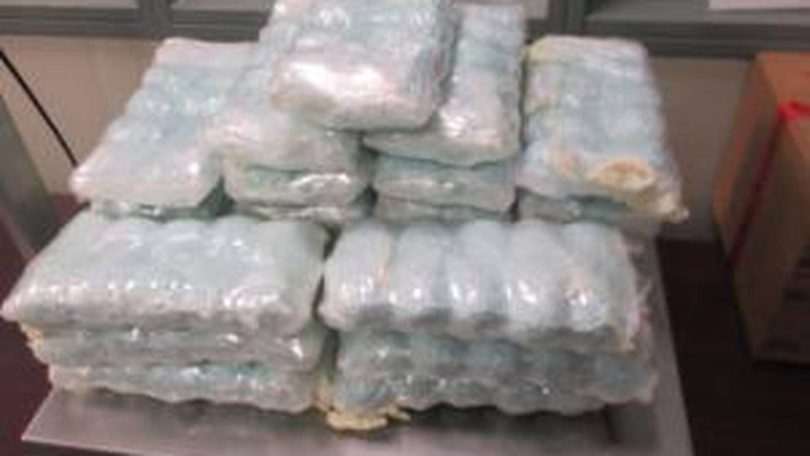 U.S. Customs and Border Protection: What you need to know The agency is one of the world’s largest law enforcement organizations with more than 60,000 employees. (NCD)

CALEXICO, Calif. — U.S. Customs and Border Protection officers from the Calexico Port of Entry recently intercepted narcotics worth more than $8 million during a five-day span.

According to a news release, five separate seizures netted 603 pounds of fentanyl, 187 pounds of methamphetamine and 2.5 grams of marijuana concealed inside travelers’ vehicles and luggage while applying for entry into the United States between July 13 and July 17.

“Fentanyl, a very lethal drug, continues to be on the rise and our officers will relentlessly continue doing everything they can to keep this hard narcotic off our streets,” David Salazar, Port Director for the Calexico Port of Entry, stated.

According to the U.S. Centers for Disease Control and Prevention, more than 150 people die daily from drug overdoses related to synthetic opioids derived from fentanyl. Meanwhile, the U.S. Drug Enforcement Administration estimated that one kilogram of fentanyl has the potential to kill 500,000 people.

“Remaining vigilant for something that looks out of place and keeping a keen eye for unusual travel patterns is what our officers are trained to do,” said Anne Maricich, CBP Acting Director of Field Operations in San Diego, in the news release.

The total estimated street value of the narcotics intercepted by Calexico CBP officers was $8.25 million.

According to the agency, all travelers were turned over to the custody of U.S. Immigration and Customs Enforcement, Homeland Security Investigations for further investigation. The narcotics and vehicles were seized by CBP officers.