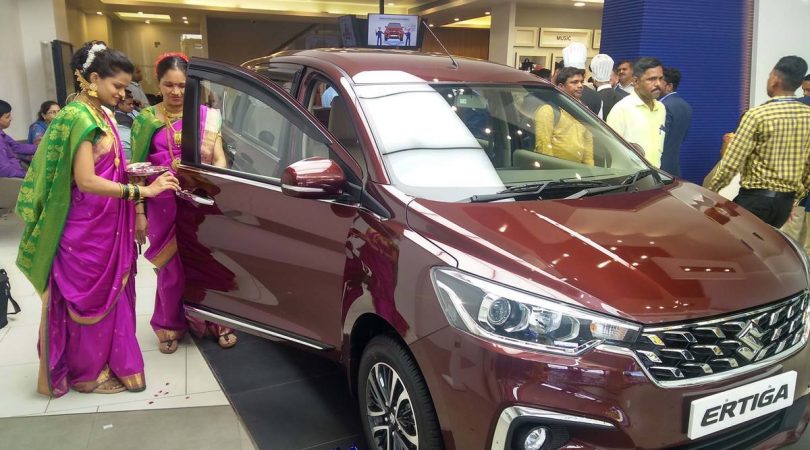 The festive season this year turned out to be the best for the industry in the last four years.

Last month, all the vehicle segments like passenger and commercial vehicles, two-wheelers, tractors and three-wheelers performed better as compared to the year-ago period.

Commercial vehicle retail sales were up 25 per cent at 74,443 units last month, as against 59,363 units in the year-ago period. Three-wheeler and tractor retails were up 66 and 17 per cent respectively over October 2021.

“With most of the month under festive period, the sentiments were extremely positive across all categories of dealership. Even when compared to pre-covid month of 2019, overall retail sales for the first time closed in green,” Federation of Automobile Dealers Associations (FADA) President Manish Raj Singhania said in a statement.

The extremely robust demand due to festivities last month brought cheer to the industry as customers in every segment came out in good numbers making it the best in the last four years, he added.

“As anticipated earlier, the PV segment saw the best year in a decade by outgrowing 2020 numbers by 2 per cent. When compared to pre-COVID festive season of 2019, overall retails were up by 6 per cent,” Singhania said.

The two-wheeler segment witnessed a growth of 6 per cent in retail sales last month, as compared with October 2019, a pre-COVID year, Singhania said.

“With both Navratri and Deepawali majorly falling in a single month, the month of October saw double footfall at dealerships,” he noted.

Sentiments have also started to improve at the rural level but the same needs to sustain for at least next 3-4 months, he added.

“With festivities ending, the immediate next month generally witnesses a certain amount of softness in sales. While farmers will start receiving their crop realisations, the overall sentiment continues to show some headwinds especially in the two wheeler rural segment,” Singhania said.

The CV segment is anticipated to see continued demand due to rising infra projects and government spending, he added.

“Most of the OEMs will now start migrating towards manufacturing vehicles conforming to next emission levels. This will definitely see a steep price increase across all categories of vehicles as and when they hit the market,” he added.