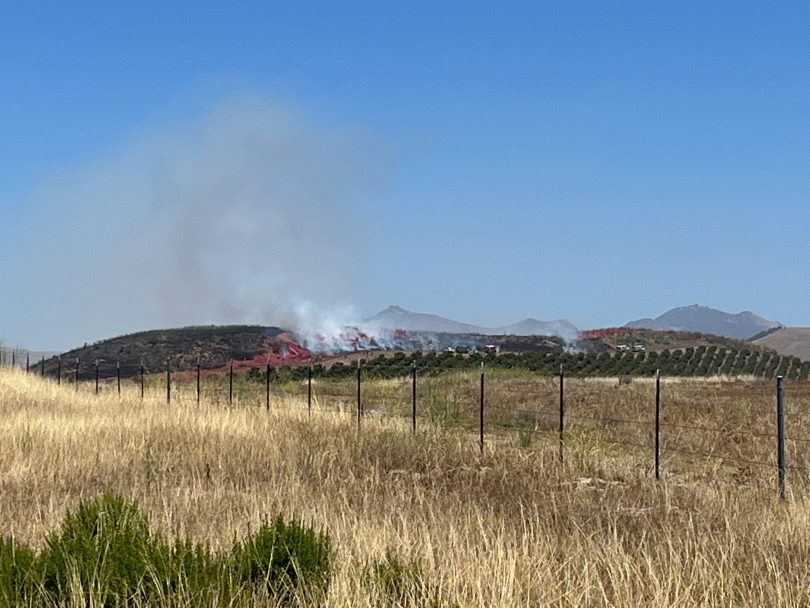 SANTA MARIA, Calif. – Firefighters responded to a vegetation fire that broke out around noon on Sunday off of Highway 166 and Wineman Rd, according to CAL Fire San Luis Obispo.

Adan Orozco, CAL Fire SLO fire captain, said firefighters contained the flames at about 54 acres as of 3:00 p.m. with mop up in progress.

Caltrans said that Highway 166 east of Santa Maria has been reopened as of 3:43 p.m.

#WinemanIC (FINAL) Fire is approximately 54 acres, 100% contained, mop up still in progress, and HWY 166 is expected to be fully open in approximately 30-45 minutes.

California Highway Patrol said heavy smoke was visible and officers closed off the roadway from Highway 101 to Bull Canyon Rd.

Orozco said Highway 166 was closed east of Santa Maria as the fire was burning on the south side of the highway around 1:00 p.m.

This is the second vegetation fire in two days to take place near Bull Canyon Rd.