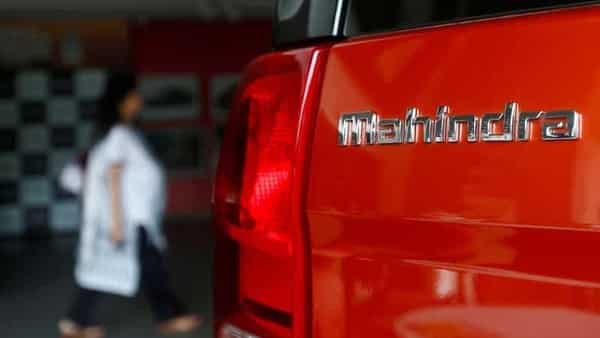 Mahindra Group has eight publicly traded companies that have provided exceptional returns to investors during the last one year. Among them, Mahindra CIE Automotive stood at the top position with a return of nearly 68%.

The company is a part of the Spain-based CIE Automotive Group and is a multi-technology, multi-product automotive component supplier. Mahindra CIE Automotive is engaged in the business of manufacturing and supplying engine and chassis-forged components for commercial and passenger vehicles.

As per the regulatory filing, the company has put its forging business in Germany (a wholly owned subsidiary) on the block for sale, with its holding company being empanelled to scout for buyers in this domain.

In a separate filing, the company also informed about its intention to change its name from Mahindra CEI Automotive Ltd. to CIE Automotive India Ltd.

MCI’s German forging business (Mahindra Forgings Europe AG) constituted more than 10% of its consolidated sales as of CY21 and is loss-making at the PAT level. It largely manufactured forging components for the truck segment in Europe.

Selling this part of the business bodes well for MCI’s consolidated margin profile and capital efficiency matrix. MCI’s Indian business clocks steady-state margins of 15%, as compared to 10-12% clocked at its European operations, said ICICI Securities in its latest report.

The brokerage maintained its “buy” rating on the stock with a revised target price of Rs. 466 apiece from an earlier price of Rs. 374.

M&M stock was the second-best performer in the Mahindra group, having returned 50% in a year. This strong performance of the stock was attributed to its strong fundamentals, a boost in capital expenditure, a drop in raw material prices, and a significant rise in sales that have made it the best performer.

The stock crossed the ₹1,000 mark for the first time in March last year, and it has since held that psychological level to this day. In the last one year, the stock returned 50.73% to its shareholders, rising from ₹881 apiece to its current price of ₹1,328.

Despite such strong gains, brokerage firm, BoB Capital Markets has a “buy” call on the stock with a target price of ₹1,496 per share. The new launches in the high-end segment and EVs as well as export revival, represent key rerating triggers, said the brokerage.

Meanwhile, Mahindra South Africa, a fully owned subsidiary of Mahindra & Mahindra India, has been named the fastest-growing brand in South Africa for the year 2022, PTI reported quoting a report by the National Association of Automobile Manufacturers of South Africa.

The report said that ‘Mahindra SA’ increased its sales volume by a massive 78% compared to 2021, the highest of all the vehicle brands that report their sales to NAAMSA and more than five times the market average.

The auto major hit an average monthly sales figure of over 1,000 units per month, breaking through the magical 10,000 unit per annum mark for the first time and reaching close to 14,000 total sales for the year. This is also the second year since 2019 that Mahindra has been crowned South Africa’s fastest-growing brand, as per the report.

Back in India, the company reported a 61% increase in passenger vehicle sales at 28,445 units for December 2022, compared to 17,722 units sold in the same month of last year.

The company is one of the leading non-banking finance companies (NBFCs) with customers primarily in the rural and semi-urban markets of India. It is engaged in providing financing for new and pre-owned auto and utility vehicles, tractors, cars, and commercial vehicles.

Recently, shares of M&M Financial services gained traction after the Reserve Bank of India (RBI) on January 04, lifted restrictions on the recovery of loans through third-party agents, which the central bank placed on the company last year.

Meanwhile, in mid-October last year, the company announced a strategic partnership with India Post Payments Bank to enhance credit access for a larger customer base.

Mahindra Lifespace is a real estate and infrastructure development company and a wholly owned subsidiary of Mahindra Group. The company, along with its subsidiaries, is engaged in the development of residential projects and large-format developments such as integrated cities and industrial clusters.

After reaching an all-time high of ₹550.8 apiece in September last year, shares of Mahindra Lifespace have witnessed some selling pressure and are down 34.72% to date. However, in the last one year, the stock produced a return of 35.07%.

On the back of steady progress in project additions over the last two years and timely launches, MLDL achieved the highest-ever pre-sales of ₹10 billion in FY22.

The brokerage stated that the company’s sales visibility in 2HFY23 will remain strong, as MLDL currently has inventory worth Rs. 12 billion and will launch a 2 million-square-foot project with a value potential of Rs. 13 billion.

Motilal Oswal has reiterated its “buy” rating on the stock with a target price of ₹550 per share.

Mahindra Holidays & Resorts was another big mover among Mahindra group listed companies. Over the last one year, the stock has returned nearly 30.64%, spiking from ₹202 apiece to 263.90.

The solid performance of the stock was attributed to a significant rebound in the Indian hotel business, which has returned to pre-Covid levels as a result of factors such as the resurgence of domestic and international tourism, the restart of international flights, the recovery in business travel, and improving leisure and wedding demand.

Disclaimer: The views and recommendations made above are those of individual analysts or broking companies, and not of MintGenie.