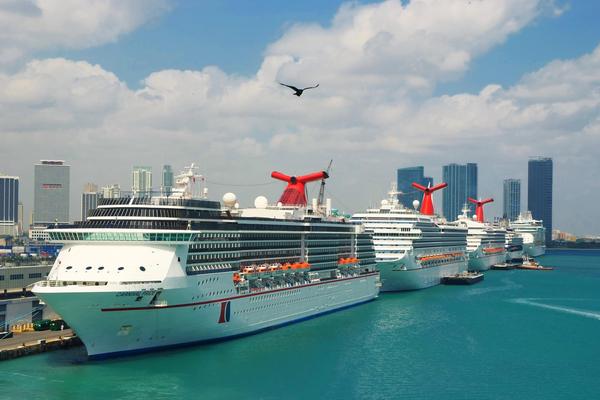 Three of Florida’s major cruise ports have resumed operations over the weekend, having shut down last week when Hurricane Ian slammed into the Sunshine State as a Category 4 hurricane—one of the strongest storms to hit the U.S. in the nation’s history.

Being further from the storm’s trajectory, PortMiami and Fort Lauderdale’s Port Everglades both reopened on Friday, resuming scheduled cruise departures and giving the several cruise ships that were stuck at sea amid the hurricane a place to safely dock.

On Wednesday and Thursday of last week, Hurricane Ian swept across Florida, moving from the west coast inland, causing catastrophic flooding and devastation before moving on to affect parts of Georgia and South Carolina in a weakened form. While none of the aforementioned cruise ports fell directly in its path, of the three, the hurricane passed closest to Port Tampa Bay, as Ian made landfall on Wednesday about 100 miles to the south with windspeeds of about 150 mph.

According to The Points Guy (TPG), Port Canaveral officials said in a statement that the port’s Jetty Park and Rodney Ketcham Park boat ramps would remain closed until further notice, due to damage inflicted by the hurricane, but that its roadways are open and cruise operations resumed Saturday. It did, however, encourage passengers who are scheduled to depart this weekend to check with their cruise line directly for updated schedule information.

In an update issued Friday, JAXPort also reported no damage to its facilities, and announced that it would reopen and resume normal operations at 6:00 a.m. on Saturday. In its own statement, posted to its website late Friday, Port Tampa Bay also reported no storm damage. “The Port’s PUSH teams have fully assessed the docks, wharfs and terminals,” the statement read. “Commercial vessel traffic is again being queued for a return to full operations at the port, meaning we are open for business.”

With the reopenings, several cruise ships that had been stuck out at sea amid Hurricane Ian have finally been able to return to port. Carnival Cruise Line told TPG that three of its delayed ships would be berthing at Florida ports on Saturday: Carnival Paradise, Carnival Liberty and Carnival Elation. Royal Caribbean’s Mariner of the Seas and Independence of the Seas were also able to return to their homeport at Port Canaveral yesterday, while Disney Cruise Line’s Disney Wish is arriving at Port Canaveral today.

For the latest travel news, updates and deals, be sure to subscribe to the daily TravelPulse newsletter here.