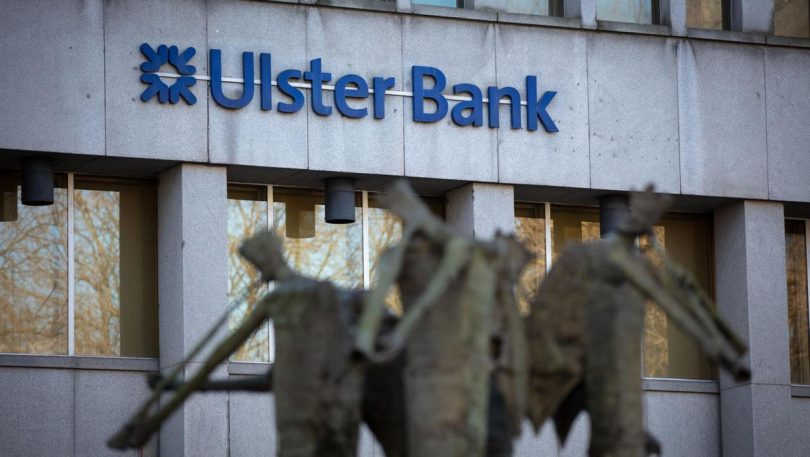 This year is seeing perhaps the most seismic shift in Ireland’s financial services sector in a very long time.

Ulster Bank and KBC are departing the banking market and that is creating a whole host of opportunities, threats, problems and success stories. It all depends where you stand. If you are a soon-to-be former customer of either Ulster Bank or KBC, unless you are very well organised, it is likely to create hassle.

For competitors such as AIB and Bank of Ireland, there are huge opportunities to win easy business — new customers, new mortgage books and, in a market where skills are short, new staff.

For staff in the sector it is likely an unsettling time — and not just because of the departure of two big employers who between them employed almost 4,000 people in the sector.

But overall the sector continues to be a massive success story, now employing more than 100,000 people here. That’s up a massive 60pc since 2004.

In the last eight years alone, since Ireland began to recover from the crash that destroyed many parts of the sector, the number of financial services firms in the country has grown 36pc to 9,000.

As in almost every other sector, financial services is being utterly transformed by the digital revolution.

Fintechs, perhaps for a long time seen as not necessarily a real threat to the big players in the sector, are now well and truly driving innovation. Legacy banks are scrambling to turn old, creaking and overburdened technical systems into agile financial gateways that can draw in a new generation of customer who judges banks by their app and not by the bank manager’s school tie.

But the fintechs are creating opportunities for both techies and finance-oriented staff too.

With tech and financial hubs growing, Dublin is proving to be a fertile breeding ground for a crossover sector that is part technology and part finance.

A similar hybrid success story was created previously when Ireland’s proud tradition as a hub for the aviation sector mixed with the type of accounting and legal expertise that was adept at navigating tax law and international agreements to make Ireland a world leader in aviation leasing. Some of the best paid jobs in the country are sustained by that particular sub-sector of financial services, although many of these highly paid professionals are earning their money right now as they work to try to get back the aircraft they had leased to Russian airlines.

Indeed, the highest-ranking financial services firm is Fidelity Investments Limited, an investment house from Boston that employs 1,300 staff here — many of them software engineers and programmers to staff a major technology hub. Only a handful of others make the top 70 in the rankings and they are all big international players.

The two big Irish banks make the list but not the top 100.

At the very top of those institutions there is a growing feeling that the pay cap is curtailing savvy recruitment, with the departure of Bank of Ireland CEO Francesca McDonagh for Credit Suisse only the most high-profile example.