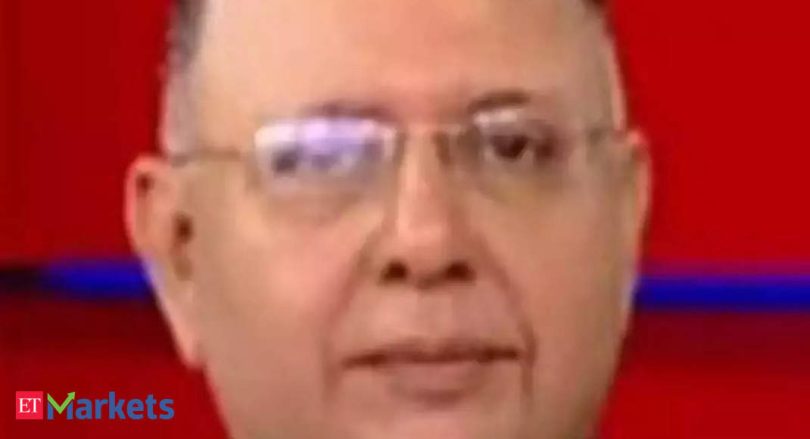 “I still like cement and steel because I think the government will remove the cap on exports a little bit because they do need foreign exchange. They seem to be burning $3.5 billion a month just to defend the rupee and so they will need to get exports going again. There is probably opportunity in second tier hospitals. Apollo is worth looking at,” says Pashupati Advani, Founder, Global Foray.

The market has shown excitement about defence, then cement and shoes stocks; suddenly railway ancillaries have caught the fancy. Why are markets focussing on the good part and nobody is worried about what is happening in Europe, America, recession, Fed rate hikes?
The market has been looking at industries that are likely to benefit from government investment because there is no question that it is government investment that is going to drive economy and private investment has not yet stepped up. If and when they do, then one can look at private companies. So they are looking at some PSUs where there is going to be some action like in defence.

As for shoes, that is a function of the economy moving the per capita income up and as more people wear shoes. The shoe market is in a world of its own but again infrastructure means steel and cement. There is some restriction on steel exports. That hurt the industry a little bit. Cement is obviously doing well and the demand is up and as the government continues to make roads and make people finish their real estate projects, there is going to be a good demand for cement going forward.

Do you buy into this whole excitement which is there in the market that has raised more promoter capital and would put that capital to work soon which is they will acquire something large and meaningful? We could be staring at a meaningful acquisition or a big acquisition in the cement space?
Midcap cement has always been undervalued compared to largecap cement and I know that Adaniji has paid a good price for the foreign companies that you bought from Holcim. So, obviously, one would look to doing acquisitions because those acquisitions are at much lower costs. So he has probably brought some action into the space.

In the midcap space, whether it is

or or JK,there are a whole bunch of cement stocks which are trading at a much lower valuation compared to Ambuja and and the others. I think what is going to happen now is consolidation and we are looking at 50 million tonne, 70 million tonne together and we will see the survival of the fittest. The scale is definitely dead.

However, I will say this is the geographical play and I actually have not examined which geographies are they short on and where the action is going to come.

Where are you looking at filling the gaps in your portfolio or where are you looking to raise cash?
I am not really very comfortable with the IT pack because I think that the Accentures of the world are winning and because they are local they are going to get more business and it is becoming more and more difficult for our companies to compete. Large will be fine, midcap IT I think will have some pressure because they have to define their volumes, their spot in the game. I am lightening up a little bit in IT.

I am not being wild about financials, I have kind of missed this rally and do not like the financials and the banks too much. But I still like cement and steel because I think the government will remove the cap on exports a little bit because they do need foreign exchange. They seem to be burning $3.5 billion a month just to defend the rupee and so they will need to get exports going again.

There is probably opportunity in second tier hospitals. Apollo is worth looking at. It is like looking for the needle in the haystack.