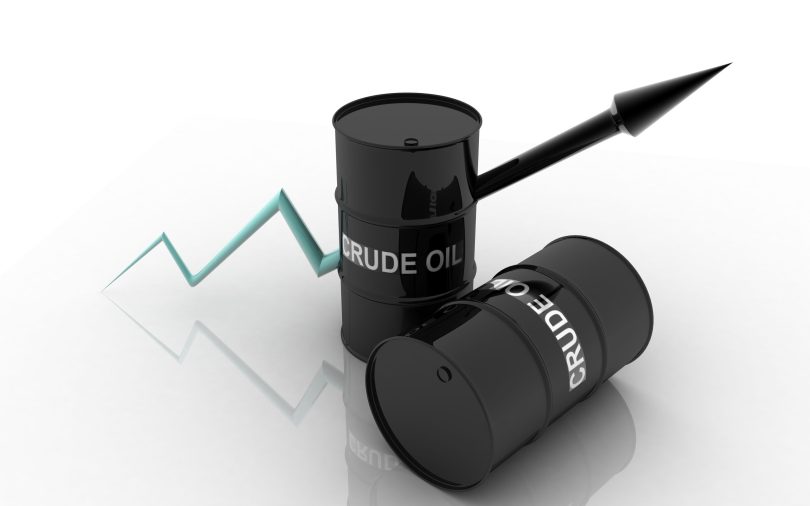 The consumer price index rose 8.6% in May from a year ago, marking the fastest increase since December 1981. Energy prices, usually volatile, rose 3.9% from a month ago in May, bringing the annual increase to 34.6%. The inflationary pressure will not likely subside anytime soon amid the continued supply chain issues. However, the energy sector is said to have historically performed well in such an environment, beating inflation 71% of the time.

Energy company Southwestern Energy Company (SWN) has been gaining attention amid the surging oil and gas prices. However, the company’s poor bottom-line performance has made investors concerned. SWN’s revenue increased 174.5% year-over-year to $2.94 billion for the first quarter ended March 31, 2022. However, its net loss came in at $2.68 billion compared to a net income of $80.00 million in the previous period, while its loss per share amounted to $2.40 compared to an EPS of $0.12 in the prior-year quarter. Moreover, analysts expect SWN’s revenue to decrease 36.6% year-over-year to $1.87 billion for the fourth quarter ended December 2022. So, SWN may not be a good addition to your portfolio to cash in on the surging oil prices.

On the other hand, oil and gas stocks Occidental Petroleum Corporation (OXY), Marathon Oil Corporation (MRO), and Crescent Point Energy Corp. (CPG) have exhibited stable performance. These stocks possess solid fundamentals and are well-poised to capitalize on the industry tailwinds. Therefore, we think they could be better investments instead.

Headquartered in Houston, Texas, OXY is engaged in acquiring, exploring, and developing oil and gas properties in the United States, the Middle East, Africa, and Latin America. It operates through three segments: Oil and Gas; Chemical; and Midstream and Marketing.

Last month EnLink Midstream Operating, LP (EnLink), a subsidiary of EnLink Midstream, LLC (ENLC), Oxy Low Carbon Ventures, LLC (OLCV), a subsidiary of OXY, announced that they had executed a letter of intent for a Transportation Services Agreement (TSA). Under the agreement, EnLink would provide CO2 transportation services for OLCV and the Mississippi River corridor from Waggaman to Baton Rouge in Louisiana under the agreement.

In April, Enterprise Products Operating LLC, a subsidiary of Enterprise Products Partners L.P. (EPD), and Oxy Low Carbon Ventures, LLC, a subsidiary of OXY, announced they had implemented a letter of intent to work toward a potential carbon dioxide transportation and sequestration solution for the Texas Gulf Coast. The combined project would initially emphasize providing services to emitters in the industrial corridors from the greater Houston to Beaumont/Port Arthur areas. The initiative would combine Enterprise’s leadership position in the midstream energy sector with OLCV’s extensive experience in subsurface characterization and CO2 sequestration.

Analysts expect OXY’s revenue to increase 55.7% year-over-year to $9.36 billion for the second quarter ending June 2022. The company’s EPS is expected to grow 813.8% year-over-year to $2.92 in the second quarter ending June 2022. Moreover, it has an impressive earnings surprise history, as it surpassed the consensus EPS estimates in all of the trailing four quarters. The company’s shares have soared 107.9% year-to-date and 116.2% over the past nine months.

OXY’s POWR Ratings reflect this promising outlook. The company has an overall B rating, which translates to Buy in our proprietary rating system. The POWR Ratings assess stocks by 118 different factors, each with its own weighting.

The stock also has an A grade for Momentum and a B for Growth and Quality. Within the B-rated Energy – Oil & Gas industry, it is ranked #19 of 101 stocks.

The $1.25 consensus EPS estimate represents a 469.9% improvement year-over-year for the second quarter ending June 2022. Analysts expect MRO’s revenue to increase 78.7% year-over-year to $2.04 billion for the second quarter ending June 2022. Moreover, the company has an impressive earnings surprise history, as it surpassed the consensus EPS estimates in all of the trailing four quarters. The company’s shares have surged 4% over the past month.

MRO’s strong fundamentals are reflected in its POWR Ratings. The stock has an overall B rating, which equates to Buy in our POWR Ratings system. The stock also has an A grade for Momentum and Quality. Within the Energy – Oil & Gas industry, it is ranked #26.

In total, we rate MRO on eight different levels. Beyond what we’ve stated above, we have also given MRO grades for Value, Growth, Sentiment, and Stability. Get all the MRO ratings here.

It is no surprise that CPG has an overall B rating, equating to Buy in our POWR Ratings system. CPG has an A grade for Momentum and Sentiment and a B for Value. In the A-rated Foreign Oil & Gas industry, it is ranked #22 of 42 stocks.

About the Author: Spandan Khandelwal

Spandan’s is a financial journalist and investment analyst focused on the stock market. With her ability to interpret financial data, she aims to help investors evaluate the fundamentals of a company before investing. More…

More Resources for the Stocks in this Article