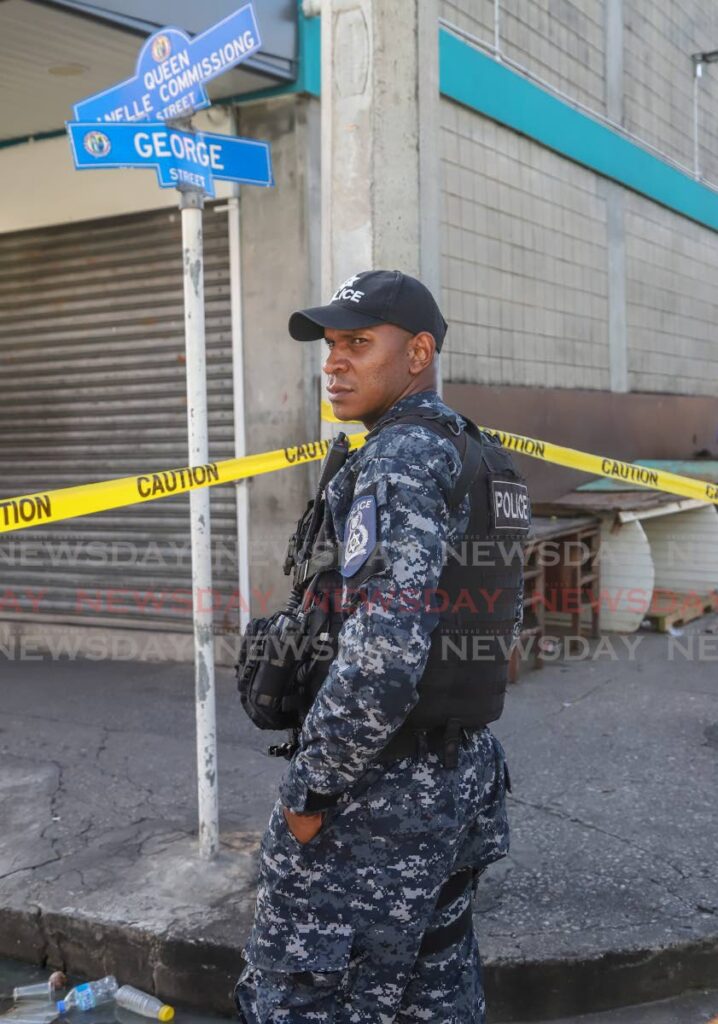 Gun violence has claimed the lives of four more men over the past 48 hours with killers striking again in the capital city of Port of Spain hours before the launch of the safe city initiative.

Police said Nathan Thomas, 21, was shot and killed by a masked man on Henry Street, around 3.15 am on Saturday and he managed to run a short distance before collapsing on Independence Square, near Church’s Chicken.

A police report said Thomas, of St Paul Street, East Port of Spain was walking along the street when he was attacked and shot multiple times before the shooter ran off. Thomas was identified by his sister, police said.

In a separate incident, Marvin “Scott” Scotty was found dead in Laventille after residents reported gunfire shortly after 11 pm on Friday.

Scotty, 44, was shot several times and his body was found a short distance from his home.

On Friday, 22-year-old Shakaree Humphrey, of lower Nelson Street, was shot at the corner George and Queen Streets when gunmen passing in a car opened fire on him. He was shot multiple times and died at the scene. Another man was also shot during the incident. He ran from the scene of the shooting from Queen Street to Henry Street where he collapsed near Detour Mall. He is listed in a critical condition at hospital.

Police responded to a shooting just after 6.25 pm at Matthew Lane, Pelican Extension, Morvant where they saw a group on people surrounding a Porsche SUV with bullet holes and blood stains.

Police were told three men had been injured in a drive-by shooting and taken to hospital after gunmen in a Nissan Wingroad pulled alongside and fired several gunshots.

The two victims Michael Rodriguez and Michael Durant along with Sheldon “Skelly” Lovell, owner of the SUV, were speaking to each other when they were shot at.

Rodriguez was shot in the left buttock, hip and right hand. He is a stable condition.