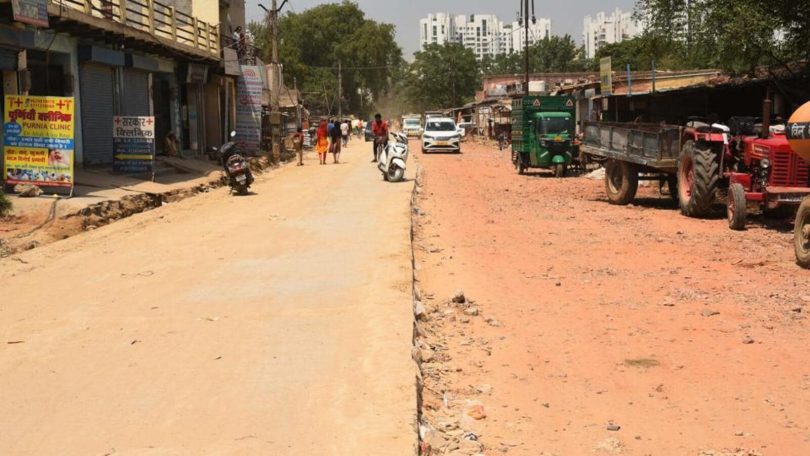 The Municipal Corporation of Gurugram (MCG) is likely to construct a model road each in South City 1, Sector 56, Badshahpur, and Sector 15 by December this year, officials said on Tuesday.

According to MCG officials, a model road is a stretch that is encroachment-free, has marked parking spots, authorised street vending zones, dedicated pickup and drop points, footpaths, LED streetlights, garbage bins, benches, cycle tracks, bus stops, and green belts, among other such amenities.

“The MCG plans to construct model roads in each of its 35 wards. Of these, four projects (South City 1, Sector 56, Badshahpur, and Sector 15) are at an advanced stage. We aim to complete them by December this year,” said Thakur Lal Sharma, chief engineer, MCG.

Sharma did not disclose the exact locations of the four stretches.

MCG officials said that these four stretches were already earmarked by the civic body for upgradation and repair before the monsoon arrived, and they decided to convert them into model roads instead since most such projects were yet to be started. The MCG first proposed a model road project in November 2017. In the next four years, multiple such projects were proposed, but they remained on paper because the chief engineer who had proposed this project was transferred soon after. However, earlier this year, the model road concept was revived and the first such project in the city was constructed along the Khatu Shyam Mandir Marg by the MCG in June.

Sharma said that tender work for the projects in Badshahpur, sectors 56 and 15 is being processed, while the model road project for South City 1 has been sent to the Haryana Urban Local Bodies (ULB) for approval.

“Most of the MCG’s model road projects will cost between ₹50 lakh and ₹2 crore. However, in the South City 1 project, apart from widening and relaying the road, residents will also be provided with an extensive number of amenities. Due to this, the cost of the project is projected to be around ₹6 crore, and has been sent to the ULB for approval,” said Sharma.

To be sure, MCG projects that cost above ₹3 crore are sent to the ULB for approval while projects below this mark are approved internally within the MCG.

Experts, meanwhile, are of the opinion that the roads should be called “streets for all” rather than model roads.

“Terming such stretches model roads is incorrect. Ideally, MCG should call these stretches ‘streets for all’ because they will be used by all road users—pedestrians, cyclists, motor vehicles, and non-motorised transport. Regardless, setting a standard for roads is important as it will ensure basic safety measures are adhered to, along with added benefits,” said Sewa Ram, an urban transport systems design expert and a faculty member at the School of Planning and Architecture (SPA), Delhi.