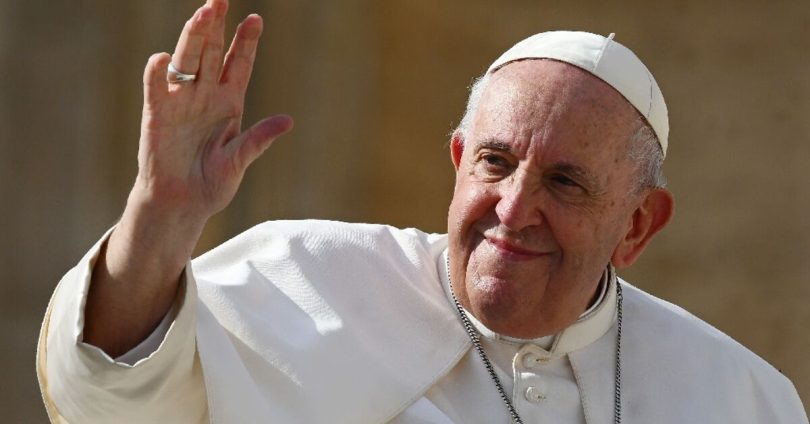 Pope Francis will become the first pontiff in history to visit Bahrain, in a trip this week that is hoped will cement ties with Islam but is also marked by accusations of human rights abuses in the Gulf state.

The Thursday-to-Sunday visit — the 39th international trip of Francis’ papacy — comes three years after his historic trip to the United Arab Emirates in 2019, where he signed a Muslim-Christian manifesto for peace.

The Argentine pontiff, 85, has made outreach to Muslim communities a priority during his papacy, visiting Egypt in 2017 and Iraq last year while pledging high-level interfaith dialogue.

The two religious leaders signed a joint document in Abu Dhabi in February 2019 pledging interfaith co-existence. That visit marked the first ever by a pope to the Gulf region, where Islam was born.

Francis will also meet with the Abu Dhabi-based Muslim Council of Elders for an “East and West” forum, with Muslim communities in the West, humanitarian crises, climate issues and Muslim-Christian relations on the agenda.

Also on Friday, the leader of the world’s 1.3 billion Catholics — expected to be confined to a wheelchair during his trip due to persistent knee pain — will lead an ecumenical prayer in Awali’s cavernous Our Lady of Arabia Cathedral, which opened its doors December.

The cathedral that seats over 2,000 people was built to serve Bahrain’s approximately 80,000 Catholics, mainly workers from southern Asia, including India and the Philippines.

Saudi Arabia’s absolute monarchy does not recognise freedom of religion and bans all non-Muslim places of worship.

Still, NGOs continue to cite discrimination, repression and harassment in Bahrain by the Sunni elite against Shiites, crackdowns on opposition figures and activists, and other abuses.

“Pope Francis should heed his own call and publicly demand that Bahrain halt all executions, abolish the death penalty, and seriously investigate torture allegations and violations of the right to a fair trial,” said a joint statement by Human Rights Watch and eight other groups released on Tuesday.

“He should also urge Bahraini officials to issue a decree reiterating the prohibition in Bahrain’s constitution and laws of all forms of torture and ill-treatment,” the groups said.

Bahrain’s annual Formula One race has also frequently attracted criticism over the country’s human rights record and in 2011, the Grand Prix was cancelled amid a harsh crackdown.

A government spokesperson said Tuesday in a statement that Bahrain “does not tolerate discrimination” and “prides itself on its values of tolerance”.

It asserted that “no individual” is prosecuted “because of their religious or political beliefs”, but pointed to “a duty to investigate” people who “incite, promote or glorify violence or hatred”.

Looming over Francis’ visit is the World Cup later this month in nearby Qatar, which has brought scrutiny of its human rights record, particularly treatment of its low-income migrant workers, women and the LBGTQ community.

On Saturday, the pope will celebrate a mass in a stadium in Bahrain’s second-largest city Riffa before an expected 28,000 faithful, according to priest Charbel Fayad.

“We are happy to see many Christians from the region,” he told AFP, saying he expected worshippers from other Gulf countries.

The pope — who concludes his trip Sunday in Manama leading a prayer meeting with Catholic clergy — has visited various Muslim-majority countries during his pontificate, including also Jordan, Turkey, Bosnia-Herzegovina, Bangladesh, Morocco, and most recently in September, Kazakhstan.