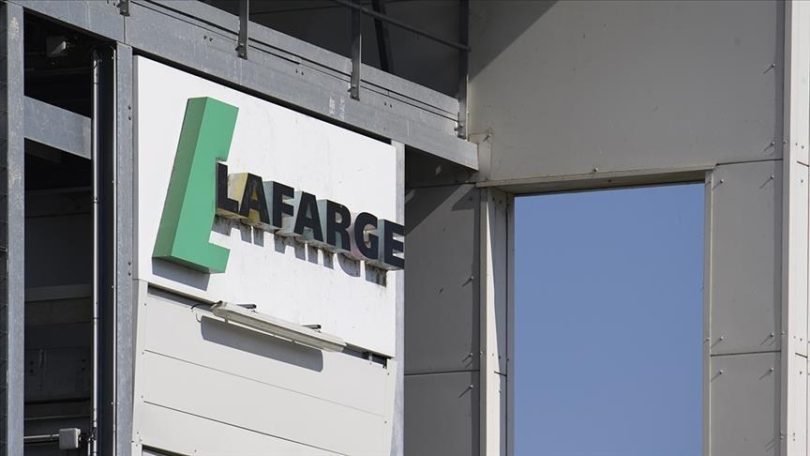 The mastermind of the 2015 Paris attacks attended board meetings of Lafarge, a French cement giant with links to the Daesh/ISIS terror group in Syria, said the director of a tell-all documentary on the issue.

Abdulkadir Karakelle, the executive producer and the director of The Factory, told Anadolu Agency that the documentary by TRT World had examined half a million documents for two years.

The documents were obtained from sources in France, according to Karakelle.

The director said there were two main obstacles while shooting the documentary: One was the classification of the documents and the other was finding someone to talk to.

The issue, he said, has not been discussed much in France, although it was reflected in the media before. On the one hand, he said, there is the nexus between the company officials and politicians, and on the other hand a company worth tens of billions of dollars.

“Therefore, if someone gives the game away, it will spread to all sides.”

Karakelle said the press and state institutions are under pressure to prevent this from happening. “Some of the journalists we work with have been targeted by different security institutions of the French state.”

“On the other side, there is a team of politicians, business people, and state officials struggling to prevent it from being revealed. These business people have organic or inorganic connections with media organizations. Therefore, the issue is never properly addressed in the French media.”

The documentary includes how Lafarge officials called and persuaded investigators after a probe was initiated in parliament, Karakelle said. As a result, the content of the report was based on what Lafarge wanted, he added.

Lafarge is a French industrial company that specializes in cement, concrete and construction aggregates. They were accused of paying almost €13 million ($13 million) to foreign groups, including the terrorist group Daesh/ISIS, to maintain their presence in the city of Jalabiya in northern Syria during the civil war, as well as of providing them with cement.

‘The Daesh/ISIS member, believed to have ordered Bataclan attacks, is the person in contact with Lafarge and French intelligence’

The director said the documentary also reveals “details that would cause outrage in the French public.”

“The man (Abu Luqman) who plotted and masterminded the Bataclan attacks (2015) — one of the biggest terrorist attacks in Europe — is the person in contact with the French intelligence and Lafarge,” he asserted.

“It’s documented, the man is on the shadow board of Lafarge’s factory in Syria,” he added.

On the night of Nov.13, 2015, 130 people were killed and 400 others wounded near the national football stadium, on several Parisian terraces, and at the Bataclan music venue in a series of attacks claimed by the Daesh/ISIS terrorist group.

Karakelle said: “It is clearly seen in the documents that this person is in the group that works like a shadow board, which includes French intelligence officers, Lafarge employees, and Daesh members, which strive to reactivate Lafarge’s factory in Syria.

“The man (Abu Luqman) also gives instructions on which companies the factory will buy raw materials from. So, we can say that Abu Luqman has also earned money from the relationship he established with Lafarge.”

He also said that state officials who turned a blind eye to Lafarge’s relations with terrorist organizations in Syria continue their duties in similar or higher posts.

“This investment agency, working under then Economy Minister Emmanuel Macron, approved the loans (for Lafarge) or paved the way for the restructuring of the loans, despite it knew that the factory violated the EU, US and UN sanctions, and acted in collaboration with Daesh. In a way, we can say that the approval of the funds transferred to the Deash passed through Macron.”

Karakelle said that Lafarge received financial support from the investment agency affiliated with the ministry during Macron’s term, and as long as the state officials, who turned a blind eye to such activities, continue their duties within the state, no result can be obtained from the case.

‘Syrian workers at factory not evacuated despite Daesh threat’

Karakelle said he received the documents in 2019 and drew attention to the fact that despite confessions to all crimes, no action was taken.

He said the judge of the case has been replaced four times.

Karakelle reiterated that he had difficulty in finding people to talk to for the documentary. “Everyone wants to stay away from this matter. It causes serious damage to their reputation as soon as they speak about it. Lawsuits are being filed against them.”

Karakelle said that a sequel to the documentary is on the cards. “We will follow the hearings in this judicial year. We will also follow through the eyes of the victims. There are victims here. The reason for the lawsuit is the victims, not the French state.

“Lafarge did not evacuate the Syrian workers at the factory there, even though it was clear Daesh/ISIS was coming. These people were captured by Daesh/ISIS. Among them are those who were killed or tortured for ransom,” he said.

The volunteer lawyers of these employees filed the case, Karakelle said.

Anadolu Agency website contains only a portion of the news stories offered to subscribers in the AA News Broadcasting System (HAS), and in summarized form. Please contact us for subscription options.