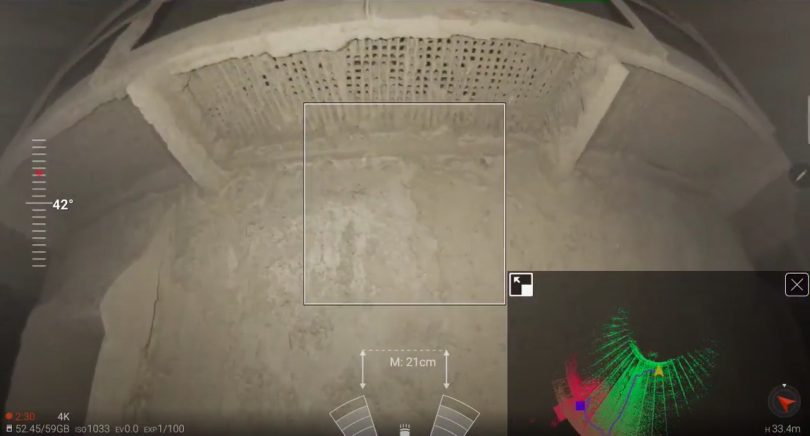 Laser scanning and other methods of reality capture in order to create 3D models of buildings are becoming more and more commonplace in construction and enterprise environments, and the usefulness of the technology is only becoming more apparent. It’s certainly a great tool during the construction process to monitor progress of a structure, and is also often used for preservation purposes to produce an accurate model of important buildings. In addition to those use cases, we also see the technology used more and more on a variety of in-use worksites and enterprise spaces, specifically to track stockpiles.

As this process becomes more commonplace, it becomes more clear that there is never one methodology that works best, with the key instead being to figure out what specific tool works best for your specific problem. The possibilities range from traditional, static scanners, mobile mapping techniques, and lidar-enabled drone, the latter of which was recently used with great success in a cement plant in France.

There is a material called clinker that is one of the main components used in manufacturing cement which is ground into powder which is then used as a binding agent in cement. The clinker, which looks like small pebbles before being ground up, is stored in massive siloes, and manufacturers need to know how much they have in order to estimate how much cement they’ll be able to produce. Traditionally, plants utilize a manual estimate to figure out how much clinker they have on hand, with plant employees standing on a platform inside a silo and using a long pole to stick into the stockpile and estimate how much product they have on hand.

A couple of different issues are posed using this method. For one thing, it can be quite unsafe, and at this particular plant the platform was shaky and standing 25 meters in the air. Adding in the inherent darkness and dusty air that comes with being inside a cement silo, it’s simply a dangerous situation. On top of that, the actual measurements coming in are fairly imprecise. Because of these issues, the operators at the plant were interested in exploring different methods to measure these stockpiles, and they turned to Flyability’s Elios 3 drone to complete the project.

The Elios 3 is equipped with lidar and made specially for internal inspections, making it a natural fit to perform this task. And generally, using a lidar-enabled drone made the most sense for this particular problem as it address both major problems that were looking to be solved by plant operators. For one thing, the drone allows for the scan to take place without a human needing to enter the silo, entirely eliminating the potential danger from the traditional method. In addition, the fact that the Elios 3 is equipped with a lidar scanner removes any potential sight issues created by the dusty conditions as lidar can easily penetrate the dust. That, in turn, leads to clear scans and ultimately a much more accurate measurement of the stockpile in comparison to the employee sticking a pole into the clinker.

After the drone’s scan was complete and the entirety of the silo was captured, the data was brought into the GeoSLAM Connect software platform, which is designed to process the point cloud received from SLAM-based scanners like the one attached to the Elios 3.

Operators of plants such as this cement plant in France are always looking for ways to improve safety for their workers on site as well as ways to more accurately and efficiently track their materials to plan out their manufacturing capacity. In this case, they were able to achieve both of these goals with one adjustment, something that will improve the working conditions of employees as well as more accurately estimate the amount of clinker on hand. There are still some existing problems around building and enterprise operators embracing technological advancements, but this cement plant’s experience is just one example of the benefits, on multiple fronts, companies can get from trying new methods.