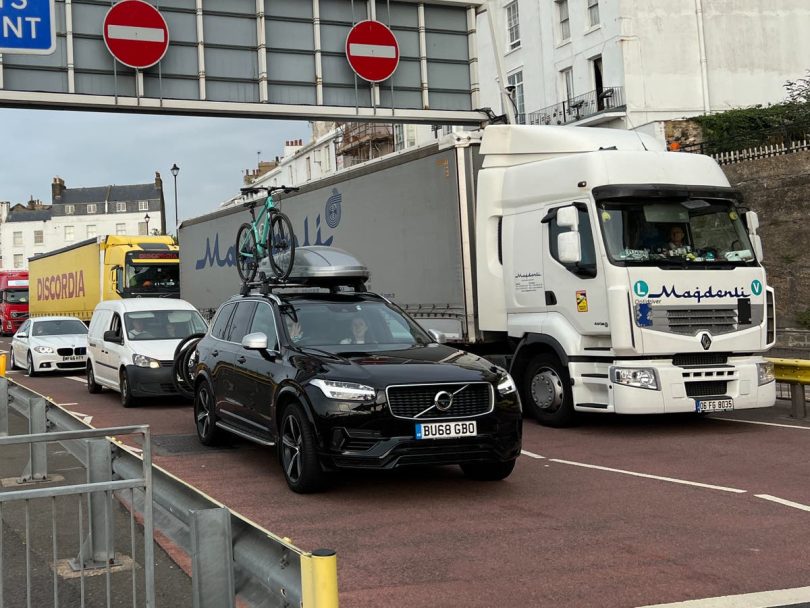 As both contenders to become the next prime minister insist Brexit is not responsible for the chaotic congestion at Dover and Folkestone over the weekend, a former foreign secretary has insisted that French intransigence caused massive delays.

Jeremy Hunt, currently the Conservative chair of the health select committee, attacked “a lack of willingness in the French government to be cooperative with Britain in any way”.

Motorists hoping to travel from Kent to France faced waits as long as 21 hours to enter the port at Dover and the Eurotunnel terminal at Folkestone between 22 and 24 July.

It was the busiest weekend for outbound travel for three years. Since 2019, Brexit has taken effect, requiring French frontier officials on the UK side of the Channel to check and stamp each UK traveller’s passport.

The time taken for each vehicle to pass through the French checkpoints at the docks has trebled, according to Doug Bannister, chief executive of the Port of Dover.

On Friday morning, queues built up quickly, and a statement issued by the Port of Dover attacked “woefully inadequate” staffing of border posts by the French Police aux Frontières.

But by Saturday Mr Bannister told The Independent: “I’m very. very pleased and grateful – and relieved – that Police aux Frontières have provided appropriate resourcing for this morning.”

In last night’s televised BBC debate, Our Next Prime Minister, both Liz Truss and Rishi Sunak denied Brexit was responsible for the chaos.

But Jeremy Hunt went further with a blistering attack on President Macron’s government. He told LBC Radio: “There may be some short-term issues in terms of the staffing on the French side, that’s what we’ve been hearing.

“But the bigger issue, frankly is that there is a lack of willingness in the French government to be cooperative with Britain in any way at all.”

“They’re furious about Brexit, they’re furious with Boris, they think we’ve mucked up their long-term plans for a united Europe.”

“I hope that when we have a new prime minister we can have a reset in relations with France, and indeed with the EU more broadly, so that we can cooperate as good neighbours should.”