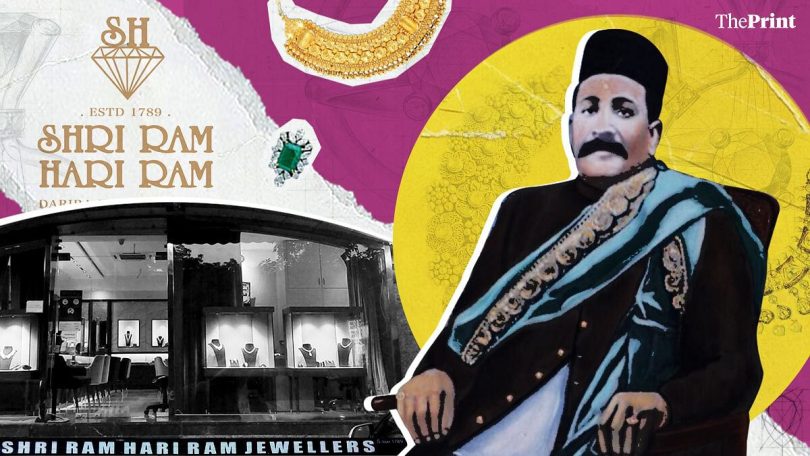 The global jewellery business has been in a flutter over an 11-carat Pink Star diamond getting sold for an astounding $57 million to an undisclosed buyer at an auction by Sotheby’s in Hong Kong. Despite the Russia-Ukraine war-ridden unstable global economy, the deal has set a world record for highest per carat price paid for a diamond. Most curious part is that this sale value is more than double its estimated price

“Not at all surprised,” says Dhruv Gupta while he sips his masala tea. “You don’t choose a stone…the stone chooses you.”

Where every day is a surprise

Gupta should know. As the eighth-generation heir of one of the oldest jewellery establishments in north India, Dhruv and his family have witnessed many incredulous deals. He says, “Sitting on the gaddi of a jewellery shop – every day is a surprise. We don’t know who will go out with a great purchase and who will walk in with an amazing family heirloom…our work gives us a ringside view of what’s happening in families”.  Explaining how he believes stones impact those possessing them, he says, “ Each stone has an impact on a person, depending on its size, weight, shape, cut and lumin. Stones can change destinies for better or for worse. Emeralds, pearls, diamonds and especially blue sapphire, are powerful stones that attract the energies of the sun and other constellations. We have seen family fortunes crashing after they sell off a lucky piece…and we have seen the opposite too”.

Shri Ram Hari Ram (SRHR) began as the trusted silver smiths to Mughal emperor Bahadur Shah Zafar. The king lived at the Red Fort and his favorite jewellers stayed  nearby in Chandni Chowk’s Vakil Pura area with a shop in Dariba – the famed jewellery bazaar. In those days, there were no readymade jwellery items on display. All  pieces were made-to-order for the women of various royal gharanas. Jewellers  were one of those rare group of people for whom the royal women came out of their veil to try on the personalised articles.

Pure silver came in as 30-kilo solid block or ‘sillee’ and all items were handmade – anklets (pajeeb), waist bands (kummarbands), hairbraids (mathapatti). Artifacts and curios for southern royals, paandaans and serving utensils for Bihar and Bengal royalty, religious idols and coins for all.

As the fashions evolved to include precious stones in embedded jewellery, SRHR repertoire also adopted new designs to include gold, stone and diamond work. What remained unchanged is their work ethics. A century ago, they bought back their own pieces without proof of purchase – they still do.

The contemporary jewellers of today like to put their mugs on street sign boards and miss no opportunity to be visible on offline and online media- but for  ‘khandani’ jewellers like SRHR, discretion was and still remains a motto. And there is good reason for this if one were to listen to their family fables. While the royal families bought in times of plenty, they also sold back to their trusted jewellers in times of trouble. But all transactions remained under the veil of secrecy to protect the prestige of the royal gharana.

During the 1960’s, the Nizam once summoned Dhruv Gupta’s grandfather Brijmohan Gupta to Hyderabad. A frugal man of simple habits, Brijmohan caught a train to reach the Hyderabad palace. The Nizam asked him point blank to buy his antique 18th century ‘Pachchikam’. Embellished with huge emeralds, diamonds and pearls – the ‘Pachchikam’, meaning ‘the back’, is named on Deccan workmanship in which there is a silver casing at the back and gold work in front. These huge pieces were usually worn by emperors on public Darbar days. Without asking any questions—Brijmohan remained stationed in Hyderabad, to raise the huge sum needed to buy this piece. After handing the amount to Nizam, the jeweller had the risky task of carrying this huge necklace back to Delhi. After a lot of thought, he put on the ‘Pachchikam’ around his own neck and wore three vests on top to hide it. Back on the train, he remained stationary in his coupe till he safely reached Delhi with the heavy ‘Pachchikam’ still around his neck. Dhruv says, “For my grandfather, nothing was more important than Nizam’s prestige. So even though a lot of money was stuck, the ‘Pachchikam’ was not sold for a few years to avoid any negative rumours or conjecture about Nizam’s financials in the Bazaars.”

Sangita Gupta, daughter in law of Brijmohan says “ In north India, the most keen connisseurs of jewellery were the royalties of Patiala, Jaipur, Holkars, Darbhanga, Alwar. It is said that on Cartier brands first visit to Patiala – Cartier was hoping to make one small order as an introduction to the king. Instead the Cartier person was led to a room which had floor to ceiling cabinets filled with color coded gems. A billion rupee jewellery order was placed in one go- and this still remains the biggest order  Cartier ever had from one customer” .

The old-time jewellers did not see themselves as luxury providers. Rather as kaarigars or workmen  in service of a valuable craft. Philanthrophy was a passion among ‘khandaani’ jewellers. One was known not by the size of their house but by the number of lodges (dharamshalas) one financed, the religious sermons (kathas) organised and temples supported. Brijmohan Gupta would wake up before dawn to swim in Yamuna and then visit the Neeli Chhattri Mandir, which according to local lore, was made by Draupadi during Mahabharat. The jeweller became so besotted by the aura of this temple that he covered all its stone idols with chandi patra, or silver filigree. This created a trend among other old Delhi jewellers to follow.

When Prime Minister Indira Gandhi introduced the Gold Control Act 1968, which put a strict limit to individual gold holding, Dariba Jewellers, led by Brijmohan Gupta, openly criticised the policy and faced a run-in with the establishment. For a discreet jeweller of purani dilli to take on the might of the establishment during Mrs Gandhi’s prime ministership was indeed astonishing to all.

A few months later, Bihar’s Sitamarhi  saw huge floods.  Brijmohan rose to the occasion. He collected so much grain, blankets and tents for flood relief that an   entire train was filled with donation material. Sangita Gupta says “When Indira Gandhi came to know about this deed, she instructed the railways to run the train free of freight charge and with no stoppages. Thus peace again got restored between the establishment and old Delhi association of jewellers.”

This article is a part of a series called BusinessHistories exploring iconic businesses in India that have endured tough times and changing markets. Read all articles here.