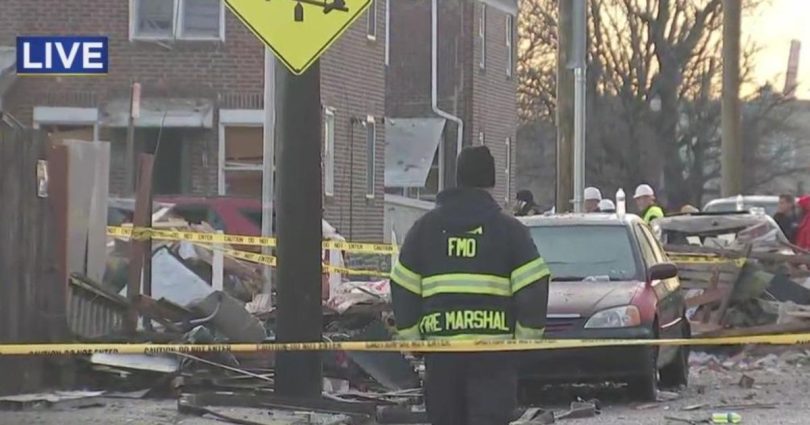 PHILADELPHIA (CBS) – A gas explosion shook up a Philadelphia neighborhood on Sunday morning. The explosion in the Port Richmond section of the city caused the collapse of two rowhomes and a third home was compromised, police say.

Neighbors on the 3500 block of Miller Street were woken up around 2:30 a.m. just after they got home from celebrating the new year.

“It’s kind of like a video game. You know, in my house, my wife and I just got home from being out for the new year. Put the baby down and then the explosion happened. We were just worried. Bunch of confusion and then just kind of making sure my neighbors were OK,” a neighbor said. “Debris all over the place. The whole house is down across the way. Kind of ran over there and made sure everything was all right. We were pulling debris off of the house and making sure everybody is out of there. It’s kind of scary. You never know what you’re going to find down there.”

Police tell CBS3 that two people were able to make their way out of the rowhomes by themselves. A third person was buried underneath the debris and needed to be extricated. All three people were transported to the hospital. One of the victims has since returned to the scene and says his girlfriend, another victim, was OK.

Utilities needed to be shut off in the area so that the department could go in and make sure everyone is safe.

Nearby neighbors have been evacuated to an area rec center.

Police stressed that it is very fortunate that no one died.

Thanks for reading CBS NEWS.