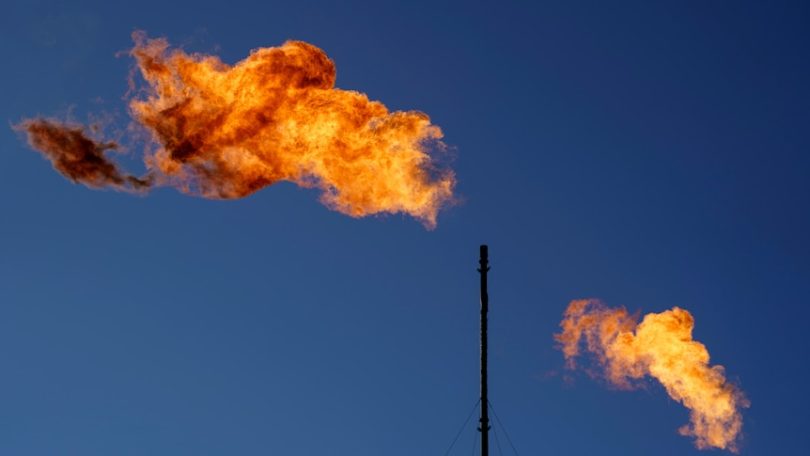 The head of one of the world’s biggest oil and gas producers has called for a clampdown by the industry on fugitive emissions, saying it makes no sense for companies to allow their product to escape.

Bernard Looney, the boss of oil and gas supermajor BP, said methane leakage from gas wells in Australia and across the globe was a “huge issue” that needed to be fixed on economic and environmental grounds.

In a wide-ranging interview with the ABC, Mr Looney also said there would need to be investment in new oil and gas projects out to 2050, even as global economies moved towards carbon neutrality.

The 52-year-old said wrestling with what he described as the energy trilemma of emissions intensity, security and affordability was a complex task.

But he said the unprecedented energy crisis that had played out in 2022 showed how high the stakes were and why governments and investors needed to be careful about how they managed the switch to renewable sources.

“But that is not the same as no investment.

“Oil and gas fields decline faster than what societal demand decline will be.

“And in that middle, you have to invest.

“You have to invest — otherwise, you end up with the problem we have today, which is you don’t have enough supply, prices go through the roof and the consumer is affected and obviously starts to question, ‘What are we trying to do here?'”

‘The less you leak, the more you sell’

When he ascended to the top job at the world’s sixth-biggest oil and gas firm in 2020, Mr Looney outlined ambitious plans to reduce the company’s carbon output.

A key plank was tackling the leakage from BP’s production wells of methane, a greenhouse gas far more potent than carbon.

Mr Looney noted that methane was natural gas and therefore it made no environmental or economic sense to waste it.

“The less you leak, the more you sell, and there’s an economic benefit to that in itself,” the Irish national said.

“It’s an absolute priority for our company.

“In many parts of the world, increasing regulation on methane means that there will be a cost in the regulatory system to methane leakage.”

Mr Buckley said the importance of preventing methane emissions should not be underestimated.

“The reason why methane is so important is it is literally a quarter of the world’s greenhouse gas emissions every year,” Mr Buckley said.

“Scientific convention is evaluated on a 100-year view, but we’ve got a climate emergency which means we really should be talking about methane on a 20- to 30-year convention.

“Methane on that basis is 84 to 86 times worse than carbon dioxide.

“It is the elephant in the room.”

Another part of the shake-up under Mr Looney was BP’s shift towards cleaner technologies such as wind, hydrogen, biogas and electric vehicle charging infrastructure.

Mr Looney said the project was some way from a final investment decision.

But he said it was the kind of venture needed to make Australia a green energy superpower, especially given the country’s proximity to giant Asian markets.

“If I look at the history of the country … you’re also blessed with extraordinary transition resources,” he said.

“So this concept of can Australia become a renewable energy powerhouse is absolutely there.”

Amid this year’s turmoil, Mr Looney forecast something of a reprieve for beleaguered consumers, saying slowing economic growth that could tip some developed nations into recession would weigh on oil and gas prices.

He noted that for every one percentage point decrease in global economic output there was a fall in demand for oil of about half a million barrels a day.

“Does economic growth destruction translate into less demand for the product, for the hydrocarbon product?” he said.

“I think the answer to that is, broadly, yes. Probably not at the scale that you might think.

“Now, in a system that’s just generating or demanding 100 million barrels today … you can see it’s a significant number.

“But it’s not incredibly material, either.”

Energy markets have traded at record highs for much of the past 12 months, drawing the scrutiny of governments worried about supply shortages and sky-high prices for households and business.

Those fears prompted the UK government in July to impose a windfall tax of 25 per cent on profits earned by big energy companies such as BP.

Mr Looney declined to be drawn on speculation that Australia could implement a similar measure.

There have been suggestions the Commonwealth could intervene in the energy market by slapping a levy on east coast exports of liquefied natural gas (LNG).

BP has no investments in Australia’s east coast LNG industry, though it owns one sixth of the North West Shelf Project off northern WA.

All the same, Mr Looney said he did not want to speculate on what measures the Commonwealth might put in place, saying those were matters for the government.

“This is a very, very difficult time for society in general,” he said.

“Understandably, governments … are looking at ways to help society with that issue.

“Different governments around the world are trying different things.

“And then, of course, governments are having to look at how they can fund such subsidisation of energy.”

Mr Buckley disagreed with suggestions by Mr Looney that investment in new oil and gas projects would be needed for decades, arguing that it would lead to catastrophic global warming.

Business as usual no option

The former investment banker said assumptions about the ongoing need for new oil and gas projects relied on solutions such as carbon capture and storage to prevent carbon emissions.

But he argued carbon capture and storage had been a dismal failure and pointed to trouble-plagued efforts by oil major Chevron to bury emissions at the huge Gorgon Project off WA.

“What Mr Looney is painting is a picture that the world is going to 2.5 degrees [of warming], or he’s sticking his head in the sand — it won’t be his problem because he won’t be CEO in five years’ time,” Mr Buckley said.

“He will have retired with his millions.”

“The reality is you’ve got the Totals, the Shells, the Chevrons, the Exxons all watching what he’s doing,” Mr Buckley said.

“And the more he’s successful, the greater the speed [with which] they will try to replicate his success, and that is critical.

“We’re talking about some of the biggest corporates in the world.