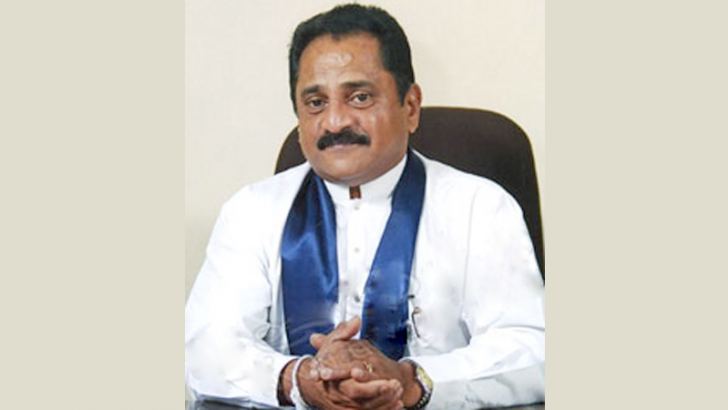 Sabaragamuwa Province Governor Tikiri Kobbekaduwa has ordered to stop gem mining on   both sides of the Ratnapura alternative road as the road was seriously damaged by mining.

The Governor informed Gems and Jewellery Authority Chairman Viraj Silva, to immediately stop gem mining on both sides of the Ratnapura Godawela alternative road after observing the damages of the road caused by the gem mining.

This main alternative road connecting to the Ratnapura to Badulla main road, has been constructed at a cost of Rs.110 million by the Road Development Authority about 18 months ago. After completing the constructions, the road is under the Ratnapura Municipal Council now.

This road was built as a solution to the traffic congestion in the Ratnapura city especially when there is a flood situation and festive seasons including the Perahera of the Saman Dewalaya and Sri Pada pilgrim season.

The Governor said that it was decided to appoint a committee consisting of three engineers representing the Road Development Authority, National Gems and Jewellery Authority and the Ratnapura Municipal Council and the relevant licence holder to deal with it. Reports have already been called from the Ratnapura Road Development Authority, the National Building Research Organisation and the Geology and Mining Bureau in this regard.

The Governor told the relevant officials to take further action based on those reports and the committee directives.

The National Gems and Jewelery Authority official said that the licencee had used backhoe loader to mine the by the sides of the road section, which has been cracked of the Ratnapura Godawela alternative road. At the discussion the licencee, who has been issued a gem mining licence by the National Gems and Jewellery Authority to mine near the damaged part of the Godawela road, has agreed to restore the damaged part of the road by spending his own money.

Governor Kobbekaduwa said that some people are deliberately working in a shameless and evil attempt to shift the blame to people who are not related to it while the responsible institutions and people are on the sidelines. He further stated that the just and intelligent society has the wisdom to identify the evil forces that work to appear visible and invisible for financial and other boons and privileges, even against ethics.

Another discussion was held in the Ratnapura Municipal Council Auditorium under the chairmanship of Ratnapura Mayor Tyrone Attanayake.