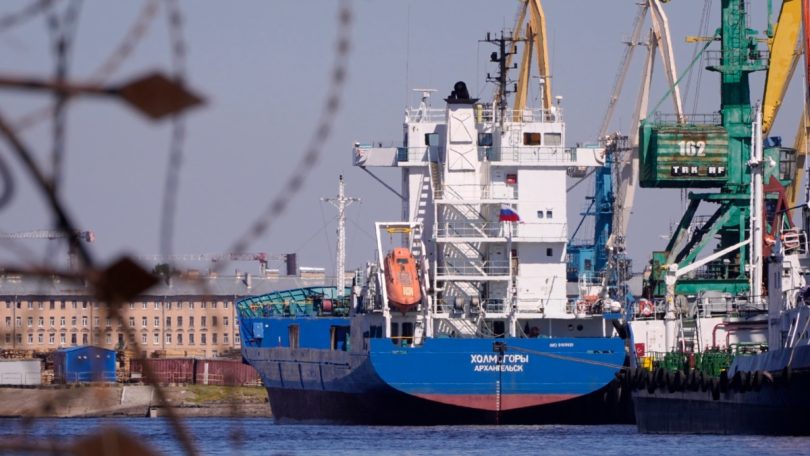 Kosovar Prime Minister Albin Kurti says he is in constant contact with international security authorities to ensure stability in Kosovo as more ethnic Serb police officers in the north of country resigned.

Kurti said on November 6 after a rally by ethnic Serbs in the streets of North Mitrovica that the security situation in Kosovo was threatened by “various criminalized individuals and groups,” but said that during his time in office, “we have made great progress in the fight against crime and corruption.”

He added that the rule of law goes “hand in hand with peace and security” and cannot be threatened, adding that authorities “do not distinguish criminals on the basis of ethnicity, but only on the basis of their criminal acts.”

When asked about the decision on November 5 by the Serbian List party to leave Kosovo’s institutions, Kurti repeated his call that Kosovo Serbs refrain from doing so.

“I once again I invite all Serb citizens of our country to not abandon institutions, not to resign, not to leave their jobs, because there would be less service for the people,” he said.

Kurti has blamed Belgrade for seeking to destabilize Kosovo by supporting the ethnic Serbs in their boycott of state institutions.

EU foreign policy chief Josep Borrell said in a statement on November 5 that the withdrawal of Kosovo Serbs from the country’s institutions “is not a solution to the current disputes” and it has the potential to further escalate tensions.

A statement from the U.S. Embassy in Kosovo released to RFE/RL’s Balkan Service late on November 6 said the United States agreed with the European Union that the recent developments around relations between Kosovo and Serbia “are of great concern and put important progress achieved in the EU-facilitated Dialogue at risk.”

“The Kosovan Serbs’ withdrawal from Kosovan institutions is not a solution to the current disputes and has the potential to further escalate the tensions on the ground,” the statement added. “All involved must take steps to reduce tensions and ensure peace and stability on the ground.”

The Serb officers who resigned on November 6 submitted written resignations to the police station in North Mitrovica. One of the policemen told RFE/RL that the officers only submitted their resignations in writing but had not yet turned in their uniforms and weapons. However, he said this will follow in the coming days.

Numerous media outlets reported that the police officers took off their uniforms as part of the wider Serb movement to withdraw from institutions in Kosovo touched off by a move to implement a mandate on the conversion of vehicle license plates.

A statement from the Kosovar police force said it was aware that Serb police officers had abandoned their posts and that some have handed over police equipment.

The rally by ethnic Serbs in North Mitrovica on November 6 came a day after Serbs there said they would quit their posts in state institutions to protest against the use of license plates issued by Pristina.

Following a meeting of Serb political representatives in the north of Kosovo on November 5, the minister of communities and returns, Goran Rakic, said he was resigning from his post in the Pristina government.

He told reporters that fellow representatives of the Serb minority in the north had also quit their jobs in municipal administrations, the courts, police, and the parliament and government in Pristina.

Rakic said they would not consider returning unless Pristina abolishes the order for them to switch their old car license plates, which date to the 1990s when Kosovo was a part of Serbia, to Kosovo state plates.

Addressing the rally on November 6, Rakic accused Kosovo government authorities of not respecting international law and agreements negotiated in Brussels.

Rakic has called on the protesters “not to fall for provocations and to continue the fight with peaceful and democratic means.”

The license-plate measure took effect on November 1, and Kosovo authorities said enforcement would be gradual.

The U.S. Embassy statement reiterated Washington’s position that the Kosovar authorities should extend the process of converting vehicle license plates and suspend any punitive actions until the license plates issue can be resolved through dialogue.

Many ethnic Serbs in Kosovo refuse to recognize the country’s independence from Serbia, which it declared in 2008.

The European Union has told Kosovo and Serbia that they must normalize ties if they want to advance toward membership in the 27-nation bloc.

With reporting by dpa, AP, and AFP