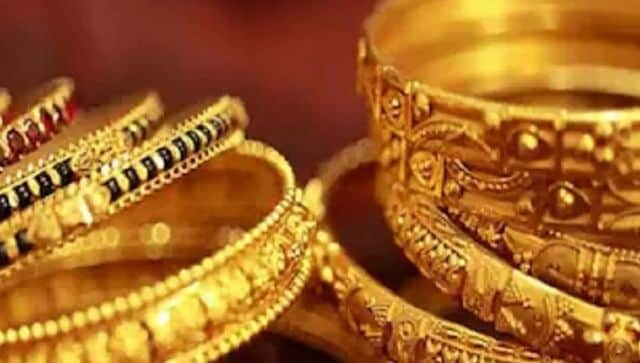 India is the only country across the globe that offers a spectrum of gems and plain/studded jewellery set with diamonds and coloured gemstones. India manufactures a range of polished diamonds in every shape and size mostly through Mumbai and Surat. India is the world’s almost exclusive supplier of cut and polished diamonds with 14 out of 15 diamonds passing through Indian hands.

For the Union Budget 2023-24, the Gem & Jewellery Export Promotion Council (GJEPC) has recommended a series of suggestions across verticals of gem and jewellery, which would help in propelling the exports from the sector from the current $40 billion levels to achieve the goal of $55 billion in exports in the next few years.

Reduction in import duty on gold, silver and platinum to 4 percent is the prime demand of GJEPC to the Government. The import duty is draining off the capital from the exporters and is the generator of economic malpractices of all kind. It may have positive outcome in terms of revenue to the Government but neither does it helps to lessen the BoP (balance of payment) gap, nor does it make the economy healthier.

The Russia-Ukraine strife has impacted diamond supply to Indian jeweller exporters. A key recommendation of GJEPC is to allow sale of rough diamonds in Special Notified Zone (SNZ) through Safe Harbour rule by diamond companies. At least 20 percent of the rough diamond traded in the world will be shifted to SNZ in India due to the level playing field given to the foreign mining companies. The safe harbour rate may be announced in this forthcoming Budget so that Russians can offer the diamonds at SNZ only and effect the sale in India in Indian rupee.

The micro, small and medium enterprise (MSME) manufacturers of CPD (cut and polished diamonds), will save their margins. The Indian Government will be able to collect annually additional tax revenue of $3.48 million.

GJEPC has also sought re-introduction of Diamond Imprest Licence to give the diamond exporters the leverage to cope up with the beneficiation policies undertaken by major mining countries in Africa. GJEPC is of the opinion that Indian diamond exporters above a certain export turnover threshold should be allowed to import at least 5 percent, (if not 10 percent as it was earlier) of the average export turnover of preceding three years.

This will benefit a level playing field for Indian MSME diamond exporters with that of their larger peers; stop flight of investment of Indian diamantaires to diamond mining destinations, and give more employment in terms of diamond assorters and processing of semi-finished diamonds in the factories.

GJEPC has urged the Government to abolish Import duty on LGD (lab grown diamond) seeds and introduce measures to make the LGD manufacturing sector in India a leader.

To make India a global outsourcing hub & service centre, GJEPC has urged the Government of India introduce a Jewellery Repair Policy. This will increase India’s market share in the global jewellery repair market estimated to grow to around US$ 5.75 billion by 2026. At present, India has a miniscule market share of just 3% with a sale of US$ 196.8 million while the U.S. has around 30% of the market, followed by China with a share of 9.2%. Keeping in view India’s inherent skill in making handmade jewellery, India has the possibility of taking 10-20% of the world market share, which will bring in billions of dollars of business with high employment potential.

The introduction of repair policy will result in renowned brands setting their service centre in India which is currently in Dubai, Turkey, Hong Kong, etc. Import of all types of jewellery and their repair will involve technological upgradation of jewellery manufacturing in India. Also, this will help large exporters to service their customer’s requirement for repair from India only which they are now forced to do abroad.

(The writer is Chairman, GJEPC. He tweets @GJEPC and @GJEPCIndia, Views are personal)