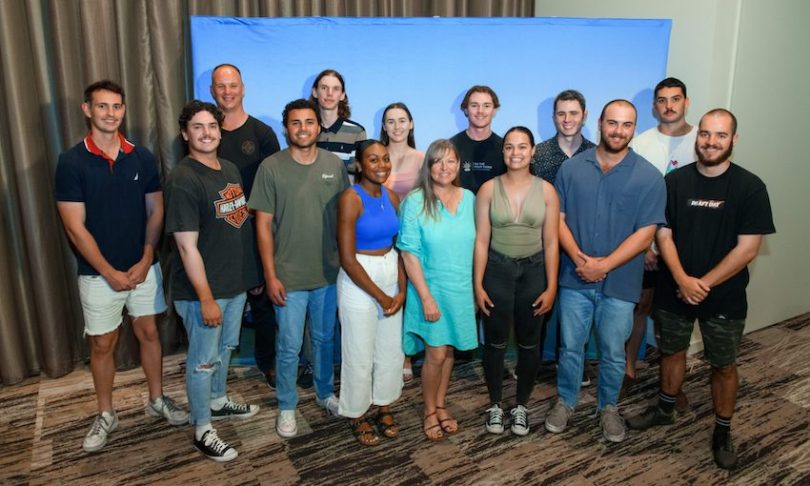 GLADSTONE Ports Corporation celebrated the work of its trainees and apprentices with an awards ceremony this week.

GPC CEO Craig Haymes congratulated each of the company’s apprentices and trainees for their accomplishments.

“Our apprentices and trainees are valued members of our workforce and make a vital contribution to the future of our port operations,” he said.

“GPC provides a solid, hands-on learning foundation, where existing highly-skilled employees with many years of experience invest their time into mentoring, ensuring that on-the-job trade skills and invaluable operational knowledge is passed on to the next generation of workers,” he said.

And apprentice diesel mechanic Dirk Holmes took out the Brent Holland Merit Award, which recognises positivity and humility in the face of adversity.

GPC said it had 63 apprentices and trainees this year, twenty of whom are expected to graduate by the end of 2022.

“To those graduating from your final year, we wish you all the best for your careers and we look forward to watching you grow and prosper in your future endeavours,” Mr Haymes said.

Mr Haymes also acknowledged the apprentices’ and trainees’ philanthropic achievements in the community.

“During 2022, our apprentices and trainees supported numerous awareness and fundraising campaigns, raising over $14,570 in donations for charity organisations such as Relay for Life, the World’s Greatest Shave, and Gladstone Paws,” he said.

GPC said it looks forward to welcoming their 2023 apprentice and trainees in January.

The company said it is home to more than 750 employees, more than 8% of whom are apprentices and trainees.