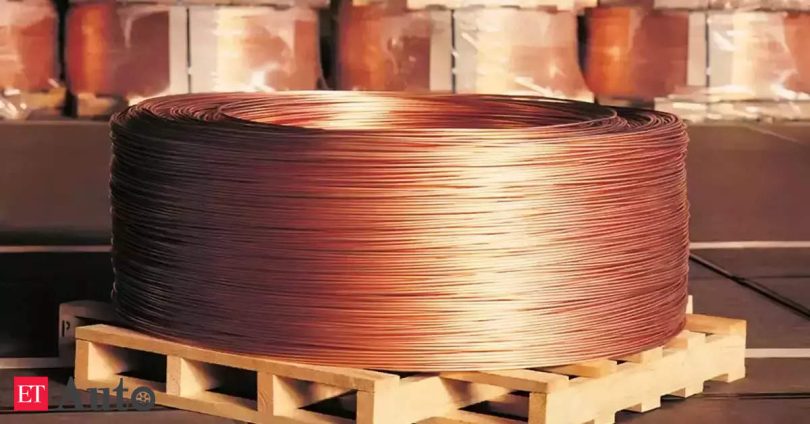 Global copper smelting activity dipped in December as smelters shut for maintenance after a year of sluggish activity, data from satellite surveillance of metal processing plants showed on Thursday.

China’s Yunxi plant began an annual maintenance programme at the start of the month while Codelco’s Chuquicamata smelter in Chile remained closed, according to a joint statement from commodities broker Marex and SAVANT.

Global smelting activity for 2022 fell to its lowest level in the six-year history of data from SAVANT, the satellite analytics service Marex launched with Earth-i.

The weak smelting activity last year reflected not only extensive maintenance campaigns at major smelters, delayed due to COVID-19, but also operating issues at plants in South Korea and Japan, the statement said.

Earth-i, which specialises in observational data of Earth, tracks smelters representing 80% to 90% of global production. It sells data to fund managers, traders and miners, and also publishes a free monthly index of global copper smelter activity.

Its global copper dispersion index, a measure of smelter activity, fell to 48.0 in December from 48.9 in November.

This was the a 10th consecutive month below 50.

Under the dispersion index, 50 points indicate that smelters are operating at the average level of the past 12 months. It also has a second index showing the percentage of active smelters.

The dispersion index for China, the world’s top refined copper producer, rose to 46.3 in December from 45.5 a month earlier.

In nickel, the global dispersion index slipped to 52.3 in December from 53.5 in November, mainly due to a decline in nickel pig iron activity in Indonesia.

Elevated energy prices continued to hit smelting in Europe and Africa, which registered a dispersion index of 33.9 for the full year 2022, a record low for any regional dispersion index in the history of SAVANT data. “All of the region’s major ferronickel smelters were observed as inactive at year-end,” the statement said.

The suspension of spending — some $100 billion and counting over the past few years — raises questions about Beijing’s intentions for an industry that’s essential not just in powering artificial intelligence and future devices, but also military systems.