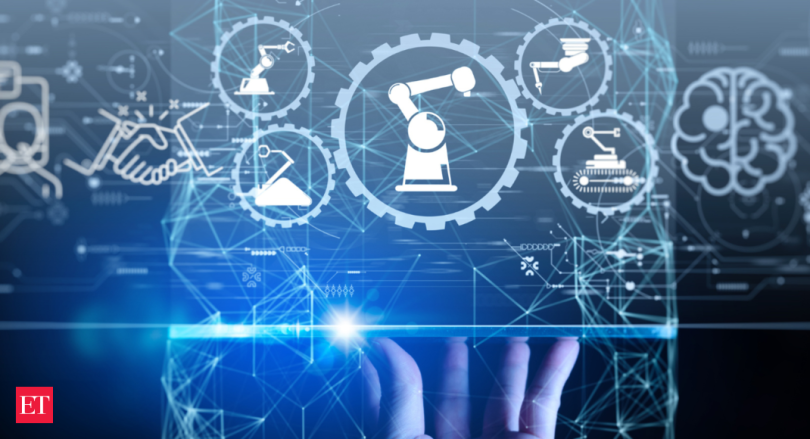 For nearly half a century, China has served as the factory of the world. But recent events suggest this could change soon.

China’s handling of the Covid-19 pandemic, along with its border flare-ups with India and Taiwan and increased geopolitical and economic bullying are making global companies leery.

The fresh surge in China’s Covid cases in the form of BF.7, a new, highly contagious sub-variant of Omicron, has again raised risks of overdependence on Beijing as a manufacturing hub, forcing global companies to find more suitable low-cost alternatives.

In fact, according to a global survey published by Container xChange this month, firms around the world are looking to diversify their supply chains this year and are considering India and Vietnam as attractive alternative locations.
India as a counterweight to China
India’s emergence as an alternative to China is being fuelled by several positive indicators. The Modi government’s infrastructure push along with its concerted efforts to boost the logistics sector are seen as measures to position India as a hub for manufacturing.

In September, the country introduced the National Logistics Policy with an aim to further bolster the supply chain. While announcing the policy, Prime Minister Narendra Modi said it would “add fresh impetus to India’s manufacturing sector”.

“Govt infra & logistics push, a recent example being the $900M container port in Kerala, which is expected to meet its deadline of September 2023, is helping India get products to market faster and make it more competitive in world markets. These factors are helping India build a resilient supply chain by creating a stable environment for businesses to operate in, Swati Babel, a cross-border trade finance business specialist, said.

The country has also undertaken several other reforms such liberalisation of FDI norms, introduction of Production-Linked Incentive (PLI) scheme, opening up of several sectors, including defence and manufacturing, tweaks to labour laws in a bid to challenge China’s manufacturing clout.

Due to the easing of its FDI policy, the country witnessed a swell of foreign investment inflow. In fact, with a 75 per cent growth rate, the manufacturing sector saw 27% of the total FDI inflow in FY 22. Not only this, the world’s fastest growing economy also witnessed an increase in the number of FDI projects. As many as 108 project deals were announced in 2021, as per the UNCTAD 2022 Investment Report.

“The Make in India initiative has helped bring FDI which in turn is in the process of establishing many manufacturing units and creating jobs. Strong domestic macroeconomic fundamentals have helped India maintain stable prices and control inflation & exchange rates even when the other economies and global macros are not in very good shape,” Babel said.

New Delhi is also sending strong signals about its intention to emerge as a manufacturing hub. In July 2022, India along with 17 other nations unveiled a four-point roadmap for building long-term resilient supply chains. Prior to that, India, Japan and Australia jointly launched the Resilient Supply Chain Initiative (RSCI) with the aim to develop well-planned industrial clusters to diversify supply chains.

The country is also entering into Free Trade Agreements (FTAs) and signing bilateral trade pacts with several countries. India has already signed trade agreements with UAE and Australia, while FTAs with the UK and Canada are in the pipeline. New Delhi has also resumed negotiations for a Comprehensive Free Trade Agreement with EU, its second-largest trading partner, after a gap of nine years.

Budget boost
Finance Minister Nirmala Sitharaman can certainly do well by announcing a slew of measures in her upcoming Budget to boost India’s attractiveness as a manufacturing hub.

Over the last few years, the Budget has demonstrated a certain consistency in outlays for the infrastructure sector. Spending more on infrastructure and growth projects is key to developing resilient supply chains in India.

“The next budget seeks to accelerate the current modest economy growth. The manufacturing and logistics industries are being offered incentives to boost local output and lower logistical costs as a percentage of COGS. In order to strengthen the competitiveness of Indian exports and foreign exchange profits, the government also could consider enhancing and expanding the PLI plan for specific industries,” ShakeDeal co-founder Akshay Hegde said.

Recognising the logistics sector as one of the seven engines of growth in the Indian economy, Sitharaman’s last Budget allocated Rs 1.4 lakh crore for the development of the railway infrastructure, while Rs 20,000 crore were granted to expand the national highway network by 25,000 km. Therefore, the upcoming Budget could focus on implementation of infrastructure development initiatives to strengthen the multimodal supply chain network and to enable the logistics industry to operate at its optimum efficiency.

Besides, the PLI scheme, introduced in 2021 for 13 sectors with an initial outlay of around Rs 2 lakh crore, has done much to boost domestic manufacturing and investment. The industry is pinning hope on the Budget to substantially increase the allocation for the scheme and its expansion to other sectors to spur investment in the country.

Moreover, the Budget must continue to simplify policies and regulations to improve ease of doing business, thereby creating a conducive environment for firms to grow in India.

“ Manufacturers may very well be drawn to the expansion of single window clearance schemes due to the streamlined processes for getting business permits. Not to mention, extending the income tax exemption level may raise disposable income and encourage consumption, both of which would help the SME sector,” Hegde said.