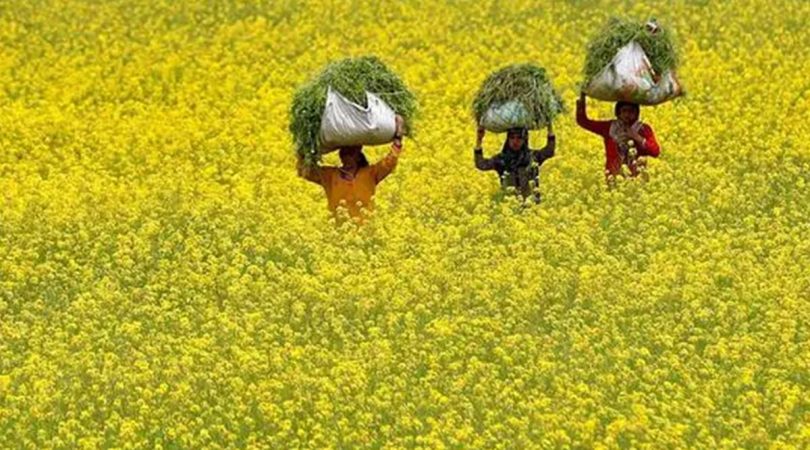 Last month, the country’s bio-tech regulator, Genetic Engineering Appraisal Committee (GEAC), under the union ministry of environment, forest and climate change, recommended the ‘environmental’ release of DMH 11, transgenic hybrid mustard developed by Deepak Pental and his team at the Centre for Genetic Manipulation of Crop Plants, University of Delhi. Pental, who is also National Science Chair of Science and Engineering Research Board, under Department of Science and Technology, spoke to Sandip Das on the new seed variety and its potential to boost oilseeds production.

Q: What was the rationale behind developing the oil seed variety?

Since 1994, we have been working on developing new varieties for the mustard crop. For oilseeds production we attained self-sufficiency for some time but in the last 15 to 20 years, our domestic production could not match the rising demand which boosted imports. Currently, oilseed productivity is low and farmers do not make adequate economic gains from these crops. This is even as production of cereals such as wheat and rice have risen in recent years. Of the total edible oil imports of Rs 1.5 trillion last fiscal, a major chunk was palm oil which can be used for making confectionaries but it is linked to health issues.

Q: How did the research start and how many years it took for developing the variety for extended field trials?

Mustard was grown in the then Soviet Union (eastern Europe) as well. When we crossed these lines (varieties) with Indian lines many years ago, we found that the hybrids produced higher yields. Indian gene pool had come to a saturation point for variability in developing new varieties. The east European gene pool had many interesting characteristics which need to be transferred for Indian mustard for varietal improvement. DMH 11 was the first hybrid developed by crossing a popular domestic variety ‘Varuna (the barnase line) with an east European ‘early Heera-2’ variety (barstar) developed by Nagpur university in a programme funded by the National Dairy Development Board (NDDB). NDDB late 1990s mission for edible oil collaboration with Canada. The transgenic variety was developed in 2002 and a few trials were conducted soon with permission. IN subsequent years, clearances for GM crops did not progress after BT brinjal approved for wider environmental release by the then Genetic Engineering Approval Committee in 2009, was stalled.

Q: In terms of yield of mustard, how do you assess DMH11’s performance?

We expect at least 20-30% yield increase (from current level of 1-1.5 tonne per hectare). The yield would vary across various agro-ecologies. We have tested this hybrid irrigated fields in mustard-growing regions of Rajasthan and Haryana and the variety has performed well. Widening the gene pool of Indian mustard varieties is critical, whether through conventional breeding or genetic modification.

Q: How long would it take DMH 11 to reach farmers?

We could have gone for larger field trials as approved by GEAC this year. But for better demonstration or performance of the crop, sowing should be completed by October 15, which looks difficult now. Next year we will do field demonstration on a larger scale and hopefully in the next 2-3 years, farmers would be able to sow the transgenic variety of seed.

Q: There are sections still opposed to GM crops…

They are obstructing the use of good science. It gets tiring when people opposing GM technology keep repeating the same misinformation. Hopefully the supreme court will see the benefits GM crops would bring in. (The apex court will hear a case against GM mustard on November 10)